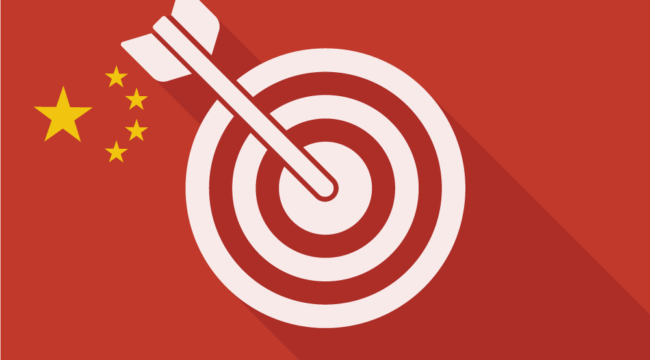 A "Financial H-Bomb" Has Exploded

Somebody exploded an H-bomb last week, and it wasn’t North Korea. It was the U.S.

This was not a kinetic H-bomb, the kind that leaves a mushroom cloud.

It was a financial H-bomb.

Financial warfare has its weapons, tactics and commanders, the same as kinetic warfare. In financial warfare, the leading commander is the secretary of the Treasury. The weapons include account freezes, sanctions and financial blacklisting of certain individuals and companies.

The financial warfare equivalent of an H-bomb is a complete ban from the U.S. dollar payments system. The U.S. dollar represents 60% of global reserves, 80% of global payments and almost 100% of global oil sales. Cutting off any party from U.S. dollars is like cutting off the oxygen from a patient in intensive care. They won’t last long.

That is exactly what U.S. Secretary of the Treasury Steve Mnuchin threatened to do to China on Sept. 12. He threatened to cut off China’s access to the U.S. dollar payments system if China does not rigorously enforce new U.N. sanctions on North Korea as a means to deter North Korea from pursuing its nuclear weapons and missile development.

The problem is that North Korea will not be deterred. It’s in “breakout” mode, which means it is dashing for the finish line of a nuclear-capable ICBM arsenal. North Korea is not trying to hide its efforts beyond normal operational security, and it’s not using the weapons as a bargaining chip for sanctions relief or other economic benefits.

North Korea could have those with a phone call to the U.S. in exchange for stopping its programs and allowing reasonable inspections. They have not picked up the phone. They are hitting the “launch” button.

Likewise, China will not enforce the sanctions beyond superficial compliance. They certainly will not go to the lengths the U.S. expects.

China fears a destabilized North Korea that could be reunified on South Korean and U.S. terms. China fears a flood of North Korean refugees entering China. And China views the entire North Korean situation as a U.S. problem, not a Chinese problem (Russia views it the same way).

A war between the U.S. and North Korea is not the worst result for China because it bleeds the U.S., Japan and South Korea, who are rivals for dominance in East Asia. Finally, Chinese behavior is governed by “face.”

By the U.S. Treasury making such a public declaration, China cannot back down without losing face. In an age of rising Chinese power, China will not lose face.

But here’s the thing:

China has over $1 trillion of U.S. government securities in its reserve position. Those securities are paid at maturity and rolled over through the U.S. dollar payments system run by the U.S. Treasury with the Federal Reserve as fiscal agent. If China is denied access, then China’s Treasury securities portfolio is effectively frozen.

China is relying on those liquid dollar reserves both to bail out its insolvent banking system and to defend its currency. The implications of freezing China out of dollar payments are almost incomprehensible.

So the path is set.

North Korea is going for the weapons. The U.S. will not allow North Korea to get them. The U.S. is relying on Chinese help, which will not be forthcoming. The end result is a shooting war with North Korea and a financial war with China.

This war is coming in six–eight months. The time to make your financial moves is now — before it’s too late.