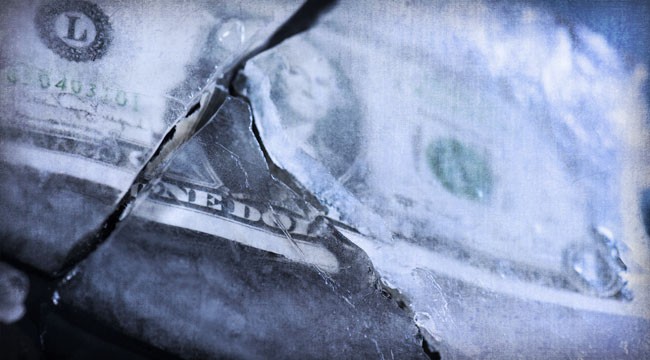 Feel That? It's the Chill of Deflation

An investor who fell asleep in 2011 and woke up this morning would be surprised by what he’d see in the paper. The 10-year U.S. Treasury pays just 1.67%. And oil is $48 a barrel. Since peaking in 2011, commodity prices drift near to chilling lows. As Van Hoisington, who’s been right about a lot of stuff for a long time, writes in his quarterly letter:

The U.S. dollar index since tumbling into 2011 has ripped higher: 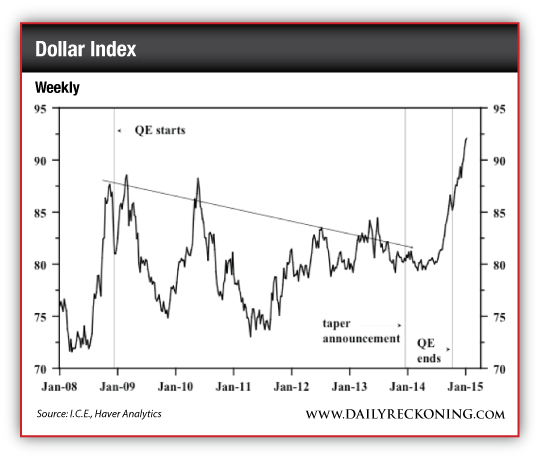 That chill in the air? This is what deflation feels like.

What deflation means for you as an investor is what I want to explore today. As an investor in stocks, there is a safe path through a deflationary Ice age.

What exactly is deflation?

The economic word deflation, says the Oxford English Dictionary, first appeared in print in 1920. The idea, I’m sure, is much older. But it is the economist Ralph G. Hawtrey who gets credit for putting the thing into words when he wrote, “Deflation… is a reversal of the process of inflation.” For the record, Hawtrey was against it.

Hawtrey may be the first to define it, but definitions are dry, dead things, especially in this case. Deflation is so much more than falling prices. It is also distinctly chilly.

“Ice is a loss of pricing power and a world where prices are as likely to go down as up. Ice is an erosion of profits. Ice is excess capacity. Ice is developing countries with low-cost factories and huge new labor forces. Ice is creative price destruction from technology. Bursting stock market bubbles cause Ice… Ice is also about competitive devaluations, as countries try to export their unemployment and lack of growth.”

That’s a more colorful definition. It also fits our spot in history rather well. We’ve got all of the above. The only one we haven’t seen much of is erosion of profits. But that’s coming.

The year 2014 will go down in the books as a record year for profit margins. The S&P 500 will likely finish with a profit margin over 10%. It’s never been that high, as The Wall Street Journal reported Monday.

My bet is that will be a peak that will stand for a long time. As Horizon Kinetics wrote in their fourth-quarter commentary:

“U.S. corporate profit growth has benefitted tremendously over the past few decades from changes that have now been exhausted. Since 1980, a span of over 30 years, all of these benefits helped corporate profits grow by all of 6.9% per year.”

Two of those exhausted changes are falling interest rates and taxes. Look at what’s happened since 1980, again from Horizon Kinetics:

Rates are low and probably header lower, but the lion’s share of the gains have already been eaten. It also seems impossible to imagine, in the current climate, that corporate tax rates will fall.

So we’re back to Ice.

Ice means slow growth in sales and earnings. “Companies that can grow earnings and dividends in an Ice age should be prized,” Biggs wrote. Historically, they have been. “In the 1950s and early 1960s,” Biggs goes on, “slow, steady growth sold at 40 times earnings. The problem is that making the transition from one environment to the other can be very disruptive and painful for the companies that are structured for the previous one.”

(By the way, Biggs’ essays on Fire and Ice are in the compilation Biggs on Finance, Economics and the Stock Market. It’s an interesting book to flip through – you learn, among other things, that not much has changed in markets over the years. The same debates just recur in different dressing.)

So at least one page of the playbook is obvious. You want growth. The ability to grow is a prize in any Ice age. The higher the growth rate, the more prized that growth is.

Where to find growth?

That’s the key question. Following Charlie Munger’s quoting of 19th-century mathematician Carl Jacobi (“Invert, always invert”), we can try to answer the question first by saying where the growth isn’t.

Well, one place you’re not likely going to find it is in the commodity space. Those stocks face massive head winds as the prices of what they sell fall. But Ice is tough on more than commodity prices.

As Biggs says, Ice is also tough for companies fitted for the prior environment. All kinds of companies used to having steady growth and small price increases will find it not so easy anymore. Many of the great brands — Coca-Cola is a good example — struggle to generate any growth at all.

Ice is not necessarily all bad either. Japan has been in an Ice age for a couple of decades. Yet life is not bad in Japan. Biggs, too, appreciated this. In 2010, he wrote about Japan:

“The inflation-adjusted real return on cash is rising and cannot be taxed. The country’s standard of living in real terms remains high. I visited Japan for maybe the 20th time last June, and you get no sense that this is a gray country suffering through a 20-year depression like the U.S. in the 1930s. Tokyo is alive and vibrant” (From Diary of a Hedgehog).

And even in an Ice age, there are also pockets of growth…

If we are in an Ice age, you want to go small. Smaller companies can grow faster in little niches than the giants. (There are exceptions, like Apple.) If deflation takes hold, you should consider owning companies that are growing fast or have the ability to grow fast.

P.S. If you think central bank money printing will overpower deflation, think again. I just recorded a new free video explaining why QE in a country like Japan, which has suffered deflation for over a decade, will only further fuel deflation. Click the play button below to watch… 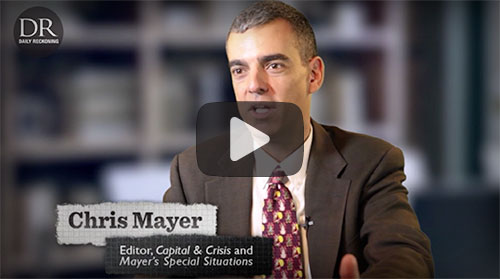