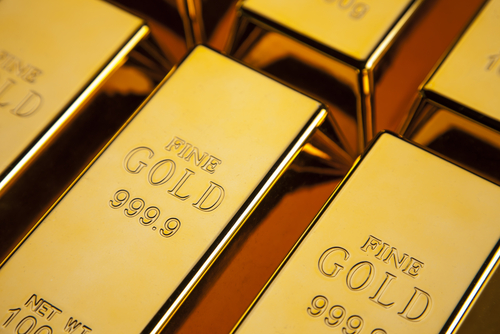 EXECUTIVE ORDER 6102, issued by US president Franklin Delano Roosevelt 80 years ago, on April 5th 1933, banned private gold ownership in the United States, forcing gold owners to take their bullion to a bank and exchange it for Dollars at the prevailing rate.

This order has become notorious among gold investors. Some fear a similar gold confiscation could happen again — that their government might seek to take away their bullion and ban “gold hoarding” as part of some trumped up solution to a “national economic emergency”.

Events in Cyprus, where at one point it looked like the state was going to levy a 6.75% on deposits below €100,000 — despite these coming under the deposit protection scheme — have only served to heighten fears that private wealth can, under certain circumstances, simply be appropriated. Governments change laws from time to time, and yes it’s possible that under the right circumstances some governments might try to confiscate their citizens’ gold. But it is important to realize that the motivation for confiscating gold that existed for FDR in 1933 has largely disappeared.

Back then the US was still on the Gold Standard (the UK had been forced off 18 months earlier. The rest of the world would follow by the eve of WWII, never to return). Gold was the foundation of the American currency and economy; at the time of FDR’s order the Dollar’s value was tied to gold at a rate of $20.67 per ounce — the price at which the government offered to buy and sell physical bullion. Making private “gold hoarding” illegal, FDR in fact nationalized what had been private property, using the bullion turned in to the banks to boost Washington’s finances and imposing 10-year jail terms and $10,000 fines (almost half-a-million dollars at today’s gold price) for disobedience. Only one case relating to the confiscation ever reached court (and only then because the gold owner, Manhattan attorney Frederick Barber Campbell, sued for return of his property) but the threat alone pulled in 60% of privately-circulating gold bullion within six months.

Following 6102, Roosevelt was then able to devalue the Dollar against gold by raising the gold price, something the government could now do as it controlled the entire domestic supply, plus a big chunk of the international market, which now poured metal into the US in exchange for ever-more dollars per ounce. FDR was acting on the advice of Cornell agricultural economist George Warren, whose background observing commodity prices had left him with the belief that the best way of solving a deflationary depression was to inject some inflation and push prices higher. This was the reasoning behind devaluing the Dollar; in the weeks following 6102, FDR and his advisers would sit at the breakfast table and decide what the gold price should be, nudging it higher a bit at a time until they settles on the $35 an ounce that prevailed until Nixon closed the gold window in August 1971.

So in a way, FDR gold confiscation and his raising of the gold price was a Gold Standard-era version of quantitative easing, a policy aimed at fighting deflation by raising asset prices at the expense of the monetary unit. Whereas today central banks can simply create the Dollars or Pounds necessary to do this, under the Gold Standard that was not possible. So Roosevelt instead confiscated gold and changed its price, the aim being to raise prices in the economy even though there was no additional gold to back the quantity of currency.

The situation that we have today is very different to that faced by Roosevelt in 1933. Gold is not the foundation of the world’s monetary system. Few people own gold — compared to (for example) real estate and regular financial assets. They also tend to own it in ways that make it relatively inaccessible to governments. The gains to a government from confiscating people’s gold would be much, much smaller than those that accrued to FDR.

Nonetheless, one can never say never. In our opinion, a good way to own gold is directly (i.e. not through a trust), in allocated physical form, and offshore, in a place with a strong tradition for protecting international investors’ property. This makes it a harder target for confiscation by your government, and one that could risk upsetting other countries for relatively little reward.

Ben Traynor
for The Daily Reckoning