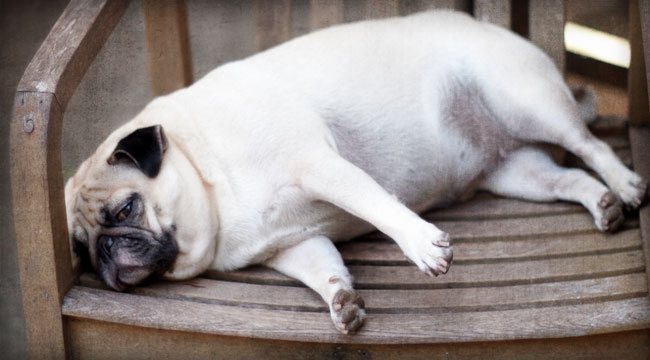 Fatten Up Your Pets: A Survival Guide to Digital Apocalypse

Here in France, the weather has turned bad. It is rainy and cold, with the temperature below 60 degrees. Our thoughts turn gloomy… we give the cat some extra food.

“It seems to be happening all over the whole world,” said a friend. “The climate is changing. Here in this part of France, it used to be reliably sunny and warm in the summertime. Now, you never know what you’ll get.”

Some people believe the “global warming” hypothesis. Others are convinced the globe is cooling.

“Yes, that is what is really going on,” says another friend. “The Earth’s climate has little to do with carbon emissions. They are just a drop in the ocean, from a climate point of view.

“What really matters is the sun. I’m greatly simplifying, but when the sun’s radiant heat is strong, the world warms. When it is weak, it cools. We’ve been in a warm period. Now, we’re entering a weak period.

“It’s not global warming you have to worry about. It’s global cooling. And it will be a catastrophe much greater than the financial catastrophe caused by Janet Yellen and the Fed.”

As longtime readers know, we are connoisseurs of disaster. Just as some people have a palate for wine, we have a keen nose for disaster.

Yes, we are the Robert Parker of catastrophe. We have sampled hundreds of varieties. We roll them around in our brain and pick out the subtle differences. We remember the little nuances. We can smell one coming a mile away.

Will “global warming” cause a major disaster? Maybe. But what interests us most is the following thought:

In many ways, we are more vulnerable to a disaster than at any time in human history.

What might cause a major disaster? Weather… war… disease… famine — the horsemen of the Apocalypse are still with us.

But now we have iPhones instead of the horse and plow…

Imagine a few years of colder-than-usual summers in the Northern Hemisphere and droughts in Australia and South America — the only substantial food producers south of the equator.

This could easily reduce the world’s food output by 10%. Stocks would quickly be drawn down to the point where there was nothing left.

What would people eat?

And here we turn our attention to the obvious: There are many more people around than there used to be.

The last major disaster happened in France in 1940. The Nazis invaded and overwhelmed the French Army. Complete chaos followed. Everyone who could took to the roads and headed south to escape the invading army.

It was a political and military disaster. It was a social upheaval. But it did not cause millions of civilian deaths. Because 70% of the French still lived on farms, they had a safety net that worked.

There were no extensive government welfare programs. People were still used to looking out for themselves. They stocked wheat and potatoes. They knew how to grow a garden. And even if they lived in a city, they usually had close relatives on a farm not far away.

For thousands of years, they had grown accustomed to protecting themselves from famine. Cows, sheep, horses — all could be turned into dinner. In extremis, so could pets, rats and pigeons.

The French still recalled the siege of Paris in 1870, when restaurants served up rat, cat and dog… as well as animals from the zoo. Cotelettes de chien aux petits pois (dog ribs with peas) was a favorite.

But today in France, as in the U.S., most people live in vast urbanized conglomerates. They have only a few days of food in stock. To get more, they depend on a sprawling, complex and delicate system of “just in time” shelf stocking.

This depends on a number of things — any one of which could render the entire system inoperable.

First, there must be enough food produced to feed the world’s population…

There are seven billion people alive today — twice as many as there were in 1940. And the world’s output of food is just enough to feed them. In the simplest accounting, should food output decline by 10%, as many as 70 million people could starve.

Nor is the food where people need it. It is not on small farms spread throughout the countryside. It is on large farms — often a continent away from the people who will eat it.

Fuel is vital. And as Gary North showed in the run up to the Y2K non-disaster, the transport system is regulated and controlled by computers, which are vulnerable to their own disasters.

Experts say a large electromagnetic pulse could fry the switches, shutting down electricity and electronic communications for as long as six months.

Fourteen years ago, North calculated that such a shutdown could leave millions dead.

But this could be a much bigger disaster today. A breakdown in the Internet… or in the computer systems that operate credit cards and ATMs… would leave 320 million unmedicated Americans wandering around in cold, dark malls… unable to communicate or do business with one another… with no way to get money or to spend it.

Remember, our money system today is no longer based on either coins or paper money. It is a system of credit that depends on electronic transactions to keep track of who owes what to whom.

If the electronic system goes down… so does the economy. Then our safety-net institutions will fail, too.

In the U.S. today there are roughly 100 million people who depend on handouts from the government, including those on Social Security. Those handouts are delivered electronically. Many of these people typically have no savings, no supplies of food or medicine, no gardens, no fuel.

In a matter of hours, they would be desperate.

And of course, then there is the fiat money system. As we recently saw in Zimbabwe, when money loses its value the economy falls apart.

Workers do not bus for nothing. Producers do not produce. Truckers do not truck. The shelves at Walmart, so recently groaning under the weight of products from all over the world, suddenly are stripped bare.

That is when we’ll be glad we have so many fat pets!

Ed. Note: If you have a disaster plan set up for you and your family, then you’re more prepared than the vast majority of Americans. But there’s one disaster you probably don’t know about. And it could bring the country to its knees anyday now. Readers of the FREE Laissez Faire Today e-letter got exclusive access to a way to protect themselves. It’s one of the many opportunities reserved for subscribers. Click here to sign up for FREE so you don’t miss out on future opportunities like this.

This article was also prominently featured here at lfb.org.

Bill Bonner reveals that central banking was once an honest profession and much more. Read on…