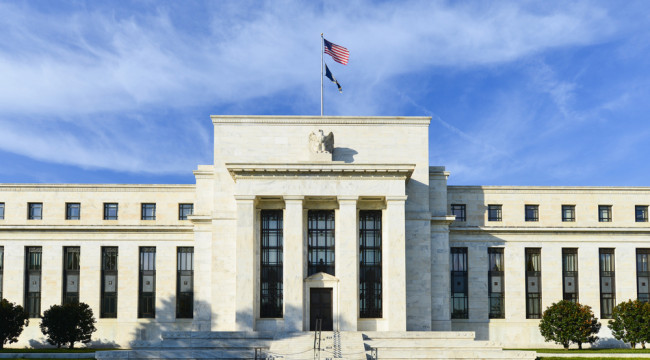 The popular belief that the U.S. economy has been steadily recovering has endured months of disappointing data without losing much of its appeal.

A deep bench of excuses, ranging from the weather to the Chinese economy, has been called on to justify why the economy hasn’t built up any noticeable steam, and why the Fed has failed to move rates off zero, where they have been for seven years.

But the downright dismal September jobs report that was released last Friday may prove to be the flashing red beacon that even the most skilled apologists can’t explain away. The report should make it abundantly clear that we are far closer to recession than recovery. But old notions die hard and, shockingly, most economists still believe that we have hit a temporary speed bump not a brick wall.

But at some point healthy hope turns into dangerous delusion. We may have just turned that corner.

The report was horrific any way you slice it. The consensus of economists had expected to see 203,000 new jobs in September, not a particularly impressive number, but at least it would have been an improvement from the 173,000 new jobs that were added in August. Not only did September miss substantially, at just 142,000 jobs, but August was revised down to 136,000 (Bureau of Labor Statistics) (there were economists who had even expected August to be revised up to as high 247,000).

This means that the last three months have averaged just 167,000 jobs, a level that is not even close to where we should have been in a real recovery. But it gets worse from there.

The labor force participation rate got even lower still, dropping from 62.6% of working age adults, to just 62.4%, a near-40 year low. In September, another 579,000 potential workers gave up looking for jobs altogether and simply left the labor force. This figure dwarfs the 142,000 people that actually found jobs.

Those lucky enough to still be working saw no increase in their hourly wages (the consensus had expected a .2% increase) and their average workweek ticked down from 34.6 hours to 34.5. In short, in September, fewer Americans worked, and those who did had fewer hours and lower pay. This is not supposed to be what a recovery looks like.

Even after the Fed surprised markets back in September by failing to raise interest rates for the first time in nine years, most economists still strongly believed that the Fed was on track to do so this year. Just prior to Friday’s jobs report, a full 94% of economists in a Reuters survey saw a hike coming this year. No word yet on how much these expectations may have changed since Friday’s jobs report, but my guess is that they won’t fall nearly as much as they should.

Many a happy economist took to the airwaves last week to explain that two more jobs reports will be issued before the Fed’s December meeting. They insisted that those reports could provide the impetus that the Fed needs to finally pull the trigger.

But Janet Yellen said months ago that she would need to see “further improvements” in the labor market before she felt fully comfortable in raising rates. Since she made that statement, not only has the labor market not improved, it has actually retrogressed considerably. The fact that the headline unemployment rate has remained at a very low 5.1% is immaterial, as that rate has been low for some time without prompting any rate hikes.

Yellen has already conceded that the official unemployment rate is not the benchmark she is using to assess the strength of the labor market. Instead, she is focused on labor force participation, wages, and the proliferation of involuntary part-time work. On these scores we continue to move further away from any potential rate hike.

But rather than questioning the Fed’s credibility in missing another forecast, most economists are lauding it for supposedly seeing weakness that others missed, which allowed it to wisely do nothing in September. But I see this simply as a continuation of the Fed’s long-standing playbook: Talk the economy up through optimistic statements while continually holding off an actual rate hike that the Fed is concerned could undermine an economy teetering on the brink of recession.

I did not expect the Fed to raise rates in September, and I don’t expect them to do so in December either, or at all in 2016, for that matter. I expect the Fed shares this view but they know any public utterance could be disastrous. Despite the fact that I was one of the few economists to declare no hikes in 2015, the media has continued to ignore and ridicule my forecasts.

Dazzled by the Fed’s many statements of gaining economic strength, Wall Street has, by contrast, been completely blind to the many, many signs of gathering weakness. In September, factory orders were down year-over-year for the 10th month in a row, according to the Census Bureau’s August Factory Orders report.

As far as I know, this has never happened outside of a recession. But good luck finding anyone on Wall Street who shares my opinion that these figures suggest that a recession is already underway.

My position is buttressed by the steady torrent of disappointing production numbers contained in the regional Fed surveys. But since manufacturing is no longer considered an important sector for the American economy, those once important surveys are no longer even mentioned in main-stream press.

In addition, the Atlanta Fed’s “GDPNow” statistics, which attempt to offer a real time glimpse at economic conditions, gets similarly short shrift in the media. That number currently stands at just .9% annualized growth. However, consensus on Wall Street for Q3 GDP remains at 2.4%. Those forecasts should have been slashed months ago. But they have not. Based on the reports that I am seeing, I believe that there is a good chance that the barely positive growth rate that the Atlanta Fed is seeing for Q3, could turn negative.

After all, jobs reports have been revised down in six of the last eight months (BLS). What makes economists think that this trend will suddenly reverse? It is, therefore, more likely that the awful employment picture for September will even get worse. A negative GDP print in the third and fourth quarters of this year, which would qualify as a recession, is a possibility that Wall Street has not even considered, let alone prepared.

If weakening conditions prevent the Fed from pulling the rate hike trigger by December, can we really expect it to do it in the election year of 2016? With the economy already on thin ice, a rising rate environment may likely push the economy into recession if it somehow isn’t already there. This will play directly into the hands of the Republicans who will be able to hammer the outgoing Obama Administration’s economic legacy, thereby handing the election to the GOP.

Does anyone really expect the left-leaning Federal Reserve led by Janet Yellen to do that? Given that, we may not see a rate increase until 2017, even if conditions improve, which is a dubious proposition. Predictably, Goldman Sachs’ chief economist Jan Hatzius came out with a statement today predicting the first move may not come until 2017. Look for many other influential economists to follow suit.

My view is that it is far more likely that we will see a fresh round of Quantitative Easing before we see a rate hike. As far as I know, however, I am still one of the only economists making this “outrageous” forecast.

The biggest practical implications of all this is that the commodity and foreign currency markets, which have been so thoroughly decimated by expectations of imminent rate hikes in the U.S., should reverse course. In the past, the dollar has generally risen on the anticipation of rate hikes and has sold off when the Fed actually delivered on those expectations. This is the classic “buy the rumor, sell the fact” trade.

But what will happen when the Fed fails to deliver?

Then all we have is false rumor and no fact. In such a scenario, reversals in the “bid up” dollar and in “beaten down” commodities like gold, silver, copper, and oil, could be dramatic. This could be especially true when you consider all the global economic problems that would be solved by a weaker dollar. Already we are seeing the markets drifting in that direction. Today silver hit a three-month high, and other commodities are finally getting up off the mat. It’s been a long time coming, and I expect that it’s a pattern that will take hold for a long time to come.

When the jobs report was released last Friday, markets reacted initially with a sharp 200-point sell off. For a while, traders seemed to forget that it’s not the economy that has driven the markets but Fed stimulus. They thought bad news was actually bad news. But that “perverse” sentiment didn’t last. Once it became clearer (to some) that rate hikes this year were less likely, the markets reversed course and completed a 450-point reversal to the upside.

The Fed has created a phony “bad is good economy” and we are not about to snap out of it any time soon.

I expect that once the threat of rate hikes is finally and officially taken off the table, the Wall Street rally will continue. But those gains will be attenuated by a weaker dollar and depressed earnings by domestically focused companies. In that case, it may be better to search for stocks outside the dollar and for the potential benefit of rising share prices and a rising currency. Given how far those assets have been beaten down (see my commentary of July 6th), the opportunities may be worthwhile.