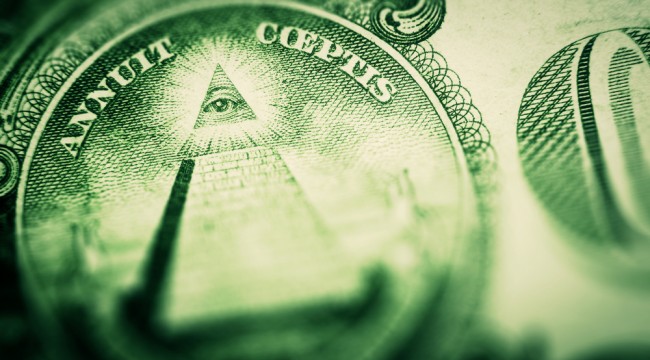 Exposing the Myth of MMT

That’s because it allows for much greater government spending without having to raise everyone’s taxes. And everyday citizens could get behind it because it promises to fund lots of programs without seeing their taxes raised.

If MMT were just a fringe idea with a few fringe followers, I wouldn’t waste my time or your time on it. But it’s coming your way, so it is important to understand it.

If you missed yesterday’s reckoning, go here for a refresher.

But much of their criticism is unjustified (see below for more). I’m an opponent of MMT — but for different reasons. As far as I know, I’m the only analyst who’s raised the objections I list below.

Today, I’m going to show you what I believe to be the real problem with MMT.

Again, it’s easy to see why so many politicians on the Democratic side would be such big supporters of MMT.

Some or all of them have come out in support of the following programs:

I’m not going to go through every detail of it. But in essence it would spend trillions of dollars, for example, building high-speed rail. The idea is to cut down dramatically on air travel. It would also convert nearly every single structure in the country to solar power.

I wrote this article from a house that’s running on solar power. But it’s very expensive to put the system in. I have a big system, but it barely covers my house. And every time I look at it, I say, “Oh, we’re going to do this for every house in the country? Good luck with that.”

Some analysts have estimated that the Green New Deal would cost around $97 trillion. That’s trillion, not billion — or nearly five times annual U.S. GDP.

When critics hear that a Green New Deal could potentially cost something like $97 trillion, or proposals for Medicare for all, free tuition, free child care or guaranteed basic income, they say, “That all sounds nice, but we just can’t afford it.”

That’s their main argument — that no matter how desirable these programs might be in theory, we just can’t afford them. Most criticism of MMT falls along those lines.

Even the Keynesians like those I mentioned earlier, who generally favor large amounts of government spending to stimulate the economy, have come out against MMT.

Besides that claim that we can’t afford it, even the Keynesians say MMT would be highly inflationary. If you printed that much money and start handing it out to people, demand would outstrip the output capacity of the economy and you’d get high inflation.

But the MMT advocates have an answer to these objections. They’re not the least bit intimidated by critics who say we can’t afford it.

They say, “Yes, we can, and Modern Monetary Theory proves it. Just print the money and monetize the debt. Japanese debt is 2.5 times the United States’ debt, and China’s is higher than ours.”

They haven’t collapsed, so we can take on far more debt than we have today. Furthermore, QE did not create much inflation. In fact, the Fed would like to see more inflation than it has. It still can’t produce a sustained 2% inflation rate after all these years.

You might think the argument is ridiculous. After all, do we really want to become Japan?

But in important ways, the MMT crowd has the upper hand in the debate.