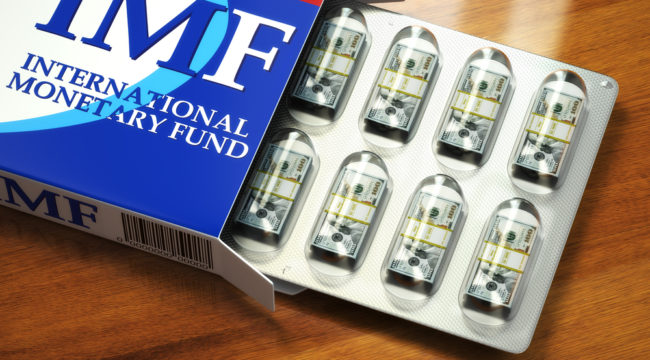 Better to be occasionally fooled than perpetually suspicious, an optimist once said. But when it comes to the globalist elite, nothing less than perpetual suspicion will do…

Daily Reckoning contributor John Mauldin recently posted an article by veteran economic analyst Charles Gave. And it was enough to give our curmudgeonly suspicions a real day at the races.

Would these monetary elites intentionally inflict economic chaos on millions of people… to increase their own power? An impertinent question, no doubt. Might as well ask if they’d put scorpions in babies’ cribs. But a former governor of the Bank of England says “yes!” It’s happened. Gave:

Mervyn King, the former governor of the Bank of England, wrote in his recent book The End of Alchemy that European leaders pushed for the adoption of the euro as a single currency knowing that it would cause an economic disaster in southern Europe. The idea was that the impact of weakened economies would force national politicians to accept “reforms” imposed by Brussels. Put simply, Lord King argues that these elites consciously organized a huge decline in living standards in the expectation that it would undermine the legitimacy of local politicians.

Why do you smash the other fellow’s head against the wall, asks the thug before answering his own question. Because it feels so good to him when you stop.

Here, the blueprint for European unity, sketched by the high priests of diabolism: Smash the cretins’ heads against the wall, stop when they’re half-dead. Then give ’em some aspirin.

We remind you this isn’t the tale of some tinfoil hat-wearing loony-tunes. This is a former governor of the Bank of England. He might know a thing or three about the ways of his fellow tradesmen.

Key takeaway: The chief concern of the global elite… is the global elite. It’s out to butter its own parsnips, first and last. At all times and all places. And the societies they’re supposed to serve can go scratching.

Gave shakes his head in violent agreement: ”Our “experts” (the brilliant men of Davos) have thus been shown to protect their own particular tribal interests, rather than the common good. The really worrying thing with these demonstrably incompetent institutions is their continued power grab without any proper authority.”

Incompetent institutions? Here Gave trains his guns on the IMF:

“[Recently,] the International Monetary Fund’s independent watchdog offered a scathing assessment of the agency’s handling of the eurozone crisis with the allegation that staffers willfully ignored fatal flaws in the euro project due to an emotional attachment. It became a totem of IMF thinking that in a common payment area, there could not be a solvency crisis. Moreover, the “solutions” imposed on Greece hurt the most vulnerable part of society, causing a collapse in living standards. In an indictment of the IMF’s competence, its assessments (forecasts) about the impact its policies would have on the Greek economy were shown to border on the ridiculous. To boot, the processes followed by IMF staff were shown to be unprofessional, with decisions being taken without proper discussion and documentation.”

Incompetence is one thing. Power lust yet another. Mix the two ingredients and you’ve got the Department of Justice. Or the EU. Or the IMF…

Jim Rickards warns that when the next great financial crisis strikes, the central banks won’t be able to contain the fire. They’ve already created so much funny money to put out the last fire, they’re out of water. And then it’ll be the IMF — that IMF — to the rescue:

“Central banks bailed out the world in 2008. The next financial panic will be bigger than the ability of central banks to put out the fire. At that point, the only source of liquidity will be the IMF itself.”

Then the global elites would have us all by the snout.

He who pays the piper calls the tune, after all. We only hope they’d treat America kinder than they’ve treated Greece…