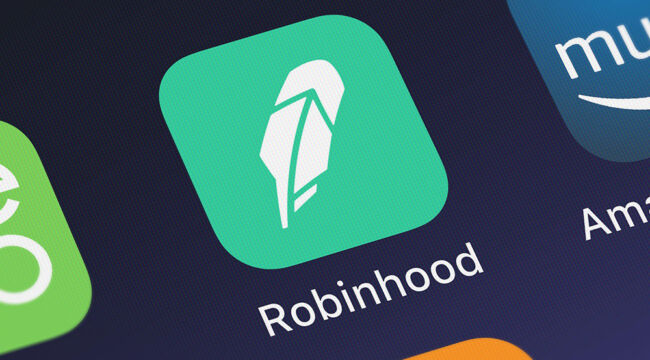 Even Worse Than a Bubble

There’s good evidence that the stock market is now in bubble territory. By some metrics, valuations are higher now than they were before the 1929 crash and are at a level second only to the dot-com crash of 2000.

Shorting the stock market can be like standing in front of an 18-wheeler going 80 miles-per-hour and yelling “Stop!” to keep it from going over a cliff.

You’re more likely to get run over than stop the wreck. Better just to watch and wait rather than fight the tape. Your turn will come.

Is there anything worse than a bubble? The answer is yes, and we found out last week what it was.

The one thing worse than a bubble is full-scale insanity.

By now you’ve heard the story of GameStop (NYSE: GME). GameStop shares went from $20.00 on January 12, 2021, to a peak of $468 on January 28, producing spectacular profits for some and billion-dollar losses for hedge funds that had shorted the stock.

But there were no earnings announcements or technology breakthroughs that powered the move.

Instead, a flash mob of Millennial and GenX retail traders using the Robinhood brokerage app (with no commissions) and trading with borrowed money or stimulus checks, in many cases, engaged in a frenzy of call option buying. The buying was prompted by a Reddit message board account called r/WallStreetBets (WSB).

Apart from the usual stock touting, WSB suggested it was time to teach Wall Street and big hedge fund traders a lesson.

The hedge funds had been shorting GME. Because heavy buying drives up the stock price, the mob buying caused billion-dollar losses for the shorts. Some threw in the towel and covered their shorts, which meant more buying, higher prices and more pain for the hedgies.

Business Insider estimates that hedge funds Point72 (run by legend Steve Cohen), Melvin Capital, Citron Research, D1 Capital and Maplelane Capital collectively lost over $5 billion on the GameStop rally. Things got so bad that Citadel and Point72 had to inject $3 billion into Melvin Capital to keep it afloat.

Then last Thursday, Robinhood abruptly suspended buying in GME. The stock crashed to $193.00, down 45% from the top. The stock was back up again in Friday trading but lost another $85 today.

Celebrity sports analyst and recent stock guru Dave Portnoy was at the center of the GameStop controversy. Portnoy has developed a huge following over the past five years as a sports analyst and expert on sports betting. He has millions of followers, many of them younger male Millennials and GenXers known as the “Retail Bros.”

The market was already rising on the post-pandemic bounce, and Portnoy and the Bros were along for the ride.

He quickly realized that call options offer leverage compared to outright purchases of stocks. He also discovered easy-to-use brokerage apps that offered free trading, such as Robinhood. This was a match made in Heaven.

Here is the traditional sequence of events… First, Portnoy would recommend a stock. Then, the Bros would buy call options en masse on Robinhood, and lo-and-behold, the stock would go up, producing instant profits for the Bros. (When a specialist or computer sells call options to retail investors, it buys the underlying shares to cover its position. When the volume is huge, the stock naturally goes up in the short-run).

Portnoy would basically say, “That was easy!” and move on to the next stock.

Robinhood Gives To the Rich

What Portnoy did not know was that Robinhood made money not by charging commissions, but by sending order flows to mega-hedge funds like Citadel.

This allowed Citadel to front-run the Bros with its high-speed trading technology. However, Citadel also had close relations with the major hedge funds that were losing billions by being short GameStop.

Then on Thursday, Robinhood suddenly announced that customers could no longer buy GameStop. Other brokers followed suit. The Bros lost much of their profits as GameStop collapsed.

Portnoy declared war. He tweeted that Robinhood was “the biggest frauds of them all” and “They should all be in jail.” Portnoy may be savvy on sports, but his knowledge of how Wall Street works behind the scenes seems rudimentary.

The big banks, brokers and hedge funds know how to circle the wagons to protect their own interests when the time comes. I saw this first-hand when I negotiated the bail-out of Long-Term Capital Management (LTCM) in 1998.

Wall Street wasn’t bailing out a hedge fund in 1998; they were bailing out themselves since they stood on the other side of the LTCM trades. Something similar happened in 1980 when the COMEX changed the rules in the middle of the trading day to break the Hunt Brothers’ effort to corner the silver market.

Basically, the hedge funds, clearinghouses and Robinhood banded together to crush the retail mob that was bidding up the stocks that hedge funds had shorted.

Robinhood was bailed out with loans from JPMorgan and Goldman Sachs, while mega-hedge fund Citadel pulled strings behind the scenes to cause Robinhood to hurt its retail clients with the trading suspension.

For now, this GameStop fight looks like a draw. The hedgies lost $5 billion, but the Bros also lost billions when GameStop tanked.

The legal fallout was quick to follow. Robinhood was hit with a class action lawsuit on behalf of all the day traders who were disadvantaged by the partial shutdown of retail trading.

They may be liable for billions of dollars of damages under the class action lawsuit and may have blown up their chances for a billion-dollar-plus IPO in the near future.

But there’s a major lesson here for investors in other markets:

When you rely on exchanges and paper contracts for your profits, the rules can always be changed to terminate your bets and rob you of future gains. Beware.

Ted Cruz and AOC Agree on Something?

Usually, the answer is no, but the two did agree that online broker Robinhood’s decision on January 28 to suspend certain trading in GameStop shares was an outrageous abuse of power.

Ted Cruz called for an investigation, which will almost certainly take place in the form of congressional hearings and SEC inquiries.

Meanwhile, AOC said, “We now need to know more about @RobinhoodApp’s decision to block retail investors from purchasing stock while hedge funds are freely able to trade the stock as they see fit.”

Senators on both sides of the aisle, from conservative Mike Lee to progressive Sherrod Brown, joined the chorus of criticism.

The lawsuits, congressional hearings and bad publicity will continue. What may not continue is Robinhood’s popularity with retail customers (especially Dave Portnoy’s army of Bros.) who will find another trading venue.

For now, it’s enough to know that this insanity is one more sign of a dangerous market top.

Gold and silver may be the next favorite of the Portnoy Bros, since hedge funds routinely manipulate these markets (go here to learn more).

That’s why you should make sure you have some gold and silver in physical form in safe storage.

That way, when the exchanges switch the rules on paper contracts to protect the banks, you can keep your physical metal — and your profits.