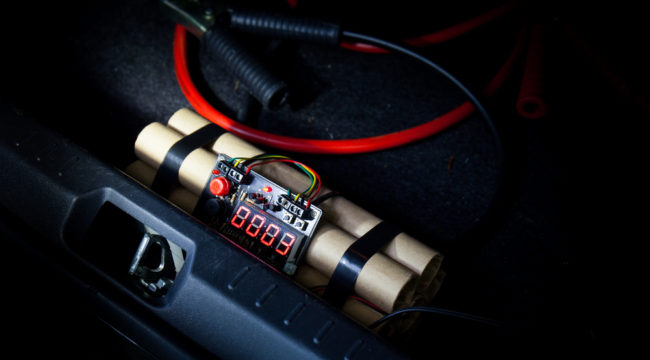 Europe’s Ticking Time Bomb Is About to Blow

Brexit’s over… and markets are breathing a sigh of relief.

But they shouldn’t be.

That’s because a new crisis is looming in Europe…

The size and scope of the damage it may cause is inconceivable.

And if it isn’t contained quickly, it will destroy the European Union.

As the Wall Street Journal reports…

In Italy, 17% of banks’ loans are sour. That is nearly 10 times the level in the U.S., where, even at the worst of the 2008-09 financial crisis, it was only 5%. Among publicly traded banks in the eurozone, Italian lenders account for nearly half of total bad loans.

The Italian financial system is on life support right now. More than $400 billion of Italian bank loans are worthless paper.

Of course, the first recommendation from elite cronies is a massive bailout.

In other words, taxpayers bend over yet again to make sure wealthy bankers and investors are kept whole.

But there’s one massive problem…

The EU passed “bail-in” laws in 2014 that prohibit such a bailout unless the banks’ shareholders and junior bondholders are wiped out first.

Italian politicians don’t like the idea of hitting investors first because that would tick off hundreds of thousands of Italian voters who own those stock and bonds.

So they’re threatening to flout EU regulations and bailout the banks anyway. And that has Eurocrats in Brussels drinking more than normal at lunchtime…

The Beginning of the End?

If Italy presses forward with a bailout it would blow up EU banking rules.

That would pave the way for other eurozone countries to do the same… undermining the EU’s entire banking authority.

But is the alternative even worse?

If steps aren’t taken to shore up Italian banks right away and they fail, a malignant poison will spread like a financial Zika…

That’s because there’s a toxic link between eurozone banks in countries such as Italy, Portugal and Spain and the huge amount of sovereign debt they hold.

Bottom line, Italian banks are leveraged to the hilt with Italian government debt.

That will cause an epic meltdown in the Italian financial system, economy and government. Basically, Italy would financially cease to exist.

But the damage won’t stop there…

What happens to those banks once those losses hit?

And what happens to the sovereign debt holdings of French, German and Spanish banks when they start to fail?

There will be no stopping the contagion. And that’s what has the feckless bureaucrats in Brussels melting down.

As trend followers, we won’t worry with them. We’re positioned to prosper no matter what happens next in the eurozone’s financial soap opera.

Just know that what happens in Italy in the coming weeks will alter the course of Europe forever. The European Union will never be the same.

I can’t predict what will happen next. But chaos is the best bet.