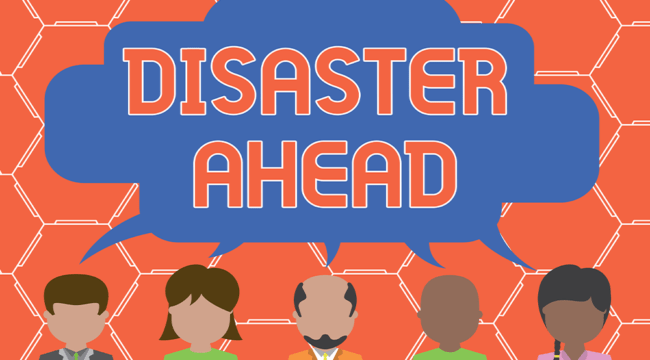 If you have not yet heard of Modern Monetary Theory (MMT), you will soon. If you’ve heard of it but don’t know what it means, join the club. There are only a handful of experts who really understand MMT.

Those who do understand it fall into two camps – the true believers, who see MMT as the answer to practically every social policy issue facing the U.S. today and the skeptics, who view MMT as intellectual snake oil that will lead the U.S. down a path to financial ruin.

I place myself in the latter category. Still, I recognize that you cannot effectively oppose a doctrine unless you understand it better than the advocates.

In its simplest form, MMT says that money has value because it is issued by a state, and the state will only accept that money in the payment of taxes. Citizens need to earn “state money” because they have to pay taxes.

Therefore, the money has value because the state says so.

There is a corollary to the idea that a country can have unlimited debt. The debt must be in the same currency that the country prints. If you borrow money in a currency that you do not print, you can suffer a serious debt crisis.

In theory, this would never happen in the U.S. because we borrow in dollars and print dollars. The U.S. can always print the dollars to pay the debt, so it can never go broke.

The MMT advocates take these ideas a step further. They argue that the U.S. Treasury and the Federal Reserve should be viewed as a consolidated entity. The Treasury exists to spend government money and collect taxes. The Fed exists to print government money.

By combining operations, the Fed simply monetizes whatever the Treasury spends.

The MMT crowd says individuals and families who spend more than they earn and can go bankrupt.  But that same idea does not apply to countries, according to MMT.  Individuals cannot print money, but governments can. So, everyday personal finance rules simply do not apply.

Every dollar the government spends goes into someone’s pocket. A government deficit is an individual surplus.

What if the bond market balks at all the debt issuance? What if interest rates skyrocket?

MMT has easy answers to these concerns. MMT says that the government bond market is practically irrelevant.

The Fed can simply put money in the Treasury’s account at the Fed and wire the money directly at the Treasury’s instruction. No bonds are needed for deficit finance.

What if individuals lose confidence in the dollar because of  money printing and deficit spending?

MMT says you need dollars to pay your taxes, so you must keep working for dollars for that reason. Your level of confidence is irrelevant.

If taxes aren’t needed to pay government bills, what is the point of the tax system? MMT gives three reasons.

The first is that it forces you to accept dollars because you need them to pay the taxes. The second is that progressive taxes can reduce income inequality by taking from the rich and giving to the poor. The third is that taxes are a good way to fight inflation if it should emerge.

If inflation happens, a large tax increase will cool the economy and end the inflation.

That’s the overview. Once you accept the ideas that spending and money printing can be unlimited (I don’t, but MMTers do), then it follows that there is no social need that has to go unmet. Money is literally no object.

The political class may be plunging headlong into MMT without knowing what it is. But we have to understand MMT to see its impact on markets and the dangers it may present if it is pursued much longer.

Remember, you can’t oppose a policy you don’t understand.