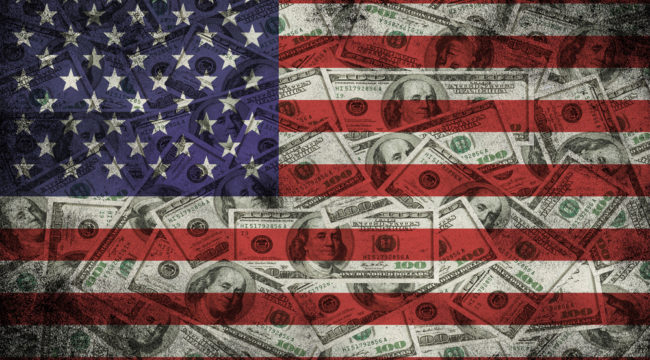 The End of the Great Experiment

If necessity is the mother of invention, the crisis of 2008 mothered an invention for the ages.

QE, ZIRP, NIRP and half the alphabet were drafted into the Manhattan Project of monetary economics. The invention “worked,” if you grade on a generous curve. Now the market’s at record highs and they want to go back to normal — or before 2008 at least.

In the words of new British Prime Minister Theresa May:

While monetary policy with super-low rates and quantitative easing have provided emergency medicine, we have to acknowledge some of the bad side effects. People with assets have got richer, while people without have not. A change has got to come, and we are going to deliver it.

Central bank balance sheets exploded from $6 trillion pre-crisis to a flammable $18 trillion at present. And the mad scientists can’t uninvent the monetary A-bomb they created.

Unwinding their balance sheets would almost certainly cause a financial detonation to dwarf 2008.

The solution? Adair Turner, former captain of the U.K.’s Financial Services Authority, has called for a state of “permanent monetization.”

The debt never goes away. It stays for good. The government just owns most of it.

There is no need for central banks’ balance sheets to shrink. They could stay permanently larger… Advanced economies face debt burdens that cannot be reduced simply through a mix of austerity, forbearance and growth. But if a central bank owns the debt of its own government, no net public liability exists. The government owns the central bank, so the debt is to itself.

“Permanent monetization may be inevitable,” tuts Jean-Michel Paul, founder and CEO of Acheron Capital, “given the risks and difficulties entailed in undoing the asset accretion that happened under QE.”

Governments would have greater scope to launch fiscal stimulus than previously anticipated. A large-scale stimulus program focusing on infrastructure and boosting human capital would likely trigger a world economic recovery. It would allow the benefits of QE to accrue to society as a whole rather than to the few owners of QE-inflated financial assets.

Just so. But “permanent monetization” monkeys with another invention, one with a much richer and… combustible history. It’s called fire.

It essentially turns the printing press over to the government. As well hand Dennis the Menace a lighter and a can of kerosene.

As Monsieur Paul himself admits, “The whole purpose of independent central banks was to prevent governments from using monetary policy to fund its expenses or its debt, so-called monetary financing.”

Jim Rickards has warned that soon or late, governments will get their inflation. Hand them the keys to the bank and watch out.

As Turner himself concedes:

Where inflation is returning to target levels, debt monetization could be unnecessarily and dangerously stimulative… If we overtly recognize that debt write-off/monetization is possible, politicians might want to do it all the time and in excess, not just in circumstances that make it appropriate. The historical experience of Weimar Germany, or that of Zimbabwe today, illustrates the danger.

Weimar Germany. Zimbabwe. Not the monetary company Uncle Sam wants to keep. And evidence suggests inflation is returning to the “target levels” to which Turner refers. The Fed itself admitted recently that “Real personal consumption expenditures (PCE) appeared to be increasing solidly, on net, in the third quarter.”

Bank of America Merrill Lynch says inflation’s coming — and faster than most think:

We believe that improving economic growth and a broadening of the policy mix to include fiscal stimulus will lead inflation to creep higher in the coming months, surpassing market expectations.

All’s quiet for now. But Jim’s said the world can switch from deflation to inflation quick as a wink, surprising everyone: