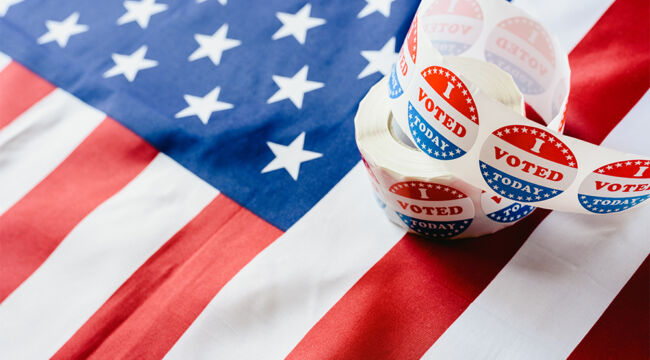 Elections: The Day After

It’s the day after. What comes next? Now that the elections are over, the political landscape should be a lot clearer.

If only that were true.

With some Republican victories in the House of Representatives, the U.S. Senate and governor’s races across the country, the U.S. has made just a slight pivot away from progressives and wokeness and toward more traditional approaches to economics, crime and education.

I admit that I had forecast a much larger Republican victory.

The Republicans will take control of the House, but control of the Senate may not be known for almost a month since the runoff election in Georgia between the incumbent Raphael Warnock and challenger Herschel Walker will take place on Dec. 6.

Still, many of the old battles remain even as the electoral dust clears. And new battles are already emerging.

This special post-election analysis draws on my Washington and Wall Street sources to let you know where the major policy debates stand going forward and to highlight the new struggles resulting from the election itself.

Consider this a road map to major political and economic developments in the year ahead that will affect you and your investment portfolio.

The election may be over but the fight for congressional leadership posts inside the two major political parties has just begun.

The first major fight will be for the Democratic Party leadership in the House of Representatives. The Democrats will be in the minority in the House and many members blame the current leadership for that outcome.

Unfortunately for the party, the younger moderates don’t have a voice. This will come down to a battle between the old guard and the Progressive Caucus.

The Old Guard will likely be swept away. Current Speaker of the House Nancy Pelosi (age 82) may be on her way to Italy as the new U.S. ambassador. The current majority leader, Steny Hoyer (age 83), and his deputy Jim Clyburn (age 82) will also be swept aside.

“Squad” members (Ayanna Pressley, AOC, Ilhan Omar, Cori Bush and Rashida Tlaib) are too radical for leadership roles even for the Democrats, but they will have a voice.

Pramila Jayapal damaged her chances with the circulation of a recent letter signed by her and others calling for negotiations to end the war in Ukraine. That was too much for the warmonger Democrats. The letter was quickly withdrawn and disowned by the signers.

Hakeem Jeffries floated a trial balloon, but it went nowhere. Jamie Raskin suffers the Dem disability of being white.

Look for Ro Khanna to be the new minority leader. He’s radical but presentable. This means no change of direction by the Democrats. They’re doubling down.

The new Republican speaker of the House will be Kevin McCarthy. There’s no controversy there.

It’s still too soon to know if Republicans will control the Senate or possibly be stuck in the 50/50 rut they’ve been in since 2021. McConnell seems safe as Republican leader in the Senate regardless of whether Republicans take control or not.

The potential knife fight in the Senate for the Republican leader role between current Minority Leader Mitch McConnell and Sen. Rick Scott of Florida has been avoided for now as the recounts and a Georgia runoff play out. McConnell commands the old bulls and the rank and file.

But Scott is the leader of the MAGA Republican wing including new Sen. J.D. Vance and possibly Kelly Tshibaka, Blake Masters, Adam Laxalt and Herschel Walker, along with some pro-Trump holdovers including Mike Lee, Ted Cruz and Ron Johnson.

That’s a potential core of nine votes that may be a thorn in McConnell’s side. We’ll have to see how the count goes over the coming days.

Odds are McConnell will hold on, but it could be close. Regardless of the vote, the real impact is a split between the MAGA Republicans and the old bulls. That split will be magnified in the months ahead as the 2024 presidential campaign heats up.

With progressives in charge among Democrats, and MAGA Republicans on the rise in the GOP, the next two years promise to be as acrimonious and divisive as the cycle we’ve just completed.

What exactly can you expect over the next two years, both in politics and in markets?