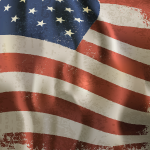 Elections matter, but some matter more than others. In 1880, the triumph of William Gladstone’s Liberals over Benjamin Disraeli’s Tories set in motion the long, slow decline of British industry, which left the country dangerously vulnerable. Remarkably, writes Martin Sieff, a century later the election of Ronald Reagan in the United States set in motion a similar decline.

Yet while Reagan’s approach to governing has lost none of its appeal to today’s Republicans, it is clear that, three decades after decisively winning his first term in 1980, Reagan launched the United States on a long period of industrial decline and growing indebtedness to the rest of the world.

It was also no coincidence that during those same three decades, America’s annual trade deficit grew to become the biggest of any nation in modern history.

Reagan’s epochal election led also to the progressive abandonment of federal government regulation over the banks and financial institutions of Wall Street.

An age of reckless financial speculation followed on a scale that dwarfed the notorious era of the Roaring Twenties that led straight to the Great Depression. The reckoning for this era only started to come due with the Wall Street meltdown of September 2008.

From today’s perspective, therefore, it is clear that the election of Ronald Reagan over incumbent Jimmy Carter in 1980 marked a historic choice by the American people.

Under Reagan’s stewardship, America’s old industrial base, on which the country’s unprecedented economic expansion and prosperity had been centered since the end of the Civil War in 1865, was allowed to collapse and die — without any effort being made to renew it. The nation ultimately became totally dependent on a huge flow of manufactured imports from China instead.

Coincidentally, on the other side of the Atlantic Ocean and exactly a century before Reagan’s first national victory in 1980, William Ewart Gladstone, the greatest of all Liberal Party leaders, won re-election as prime minister of Britain.

And he then made exactly the same fateful choice to abandon any serious engagement with industrial renewal that Reagan did a century later. Like Reagan, Gladstone bet his country’s future on a policy of unregulated financial speculation and overseas investment instead.

And also like Reagan, Gladstone was a charismatic political tribal leader whose policies, principles and faith were slavishly followed by his successors for decades.

The results were exactly the same. For 200 years, Britain had been the most advanced industrial nation in the world. The growth of its empire and its unparalleled surge in population, per capita prosperity and global power were all based on that industrial supremacy.

But in the next 30 years, as Lord Correlli Barnett documented in his classic book The Collapse of British Power, British industry fell, fatefully and permanently, behind the United States and Germany. It became deeply dependent on continued technology transfusions from both countries.

Like the Reagan-inspired policy of unregulated financial activity, Gladstone’s lasted just around 30 years. The Reagan-induced financial bubble — with a strong helping hand from the Clinton Administration! — finally popped in September 2008.

Gladstone’s dream dissolved with the onset of World War I in 1914. Bereft of sufficient industrial capacity by itself to meet the demands of war with Imperial Germany, the British progressively had to sell off most of the vast swathes of overseas investments they had accumulated since 1880.

Like Jimmy Carter in 1980, Britain’s defeated Prime Minister in 1880, Benjamin Disraeli, recognized the scale of the problems facing his industrialized society. And like Carter he didn’t have any real answers for them. But at least he recognized the problem.

Gladstone, like Reagan (and much of the rest of today’s Republican Party), was an economic naïf and a prophetic Candide. Like Voltaire’s hero, he imagined that everything was for the best in the best of all possible worlds.

Gladstone and Reagan simply refused to acknowledge the existence of any facts or trends that contradicted their simplistic, rosy vision of the way things ought to be.

After 1880, British wealth — rather than being invested in the modernization and revival of the home industrial base — flowed out of the country for cheap profit and financial speculation. But this proved unsustainable after 30 years.

After 1980, America’s new leaders followed the same path as Gladstone and his Liberals. After 30 years, the bankruptcy of that policy is becoming apparent too. How about that for a circular theory of history that keeps repeating itself?

Martin Sieff,
for The Daily Reckoning

For the past decade, he has been chief news analyst for United Press International and is its former Managing Editor for International Affairs. He has received three Pulitzer Prize nominations for international reporting.