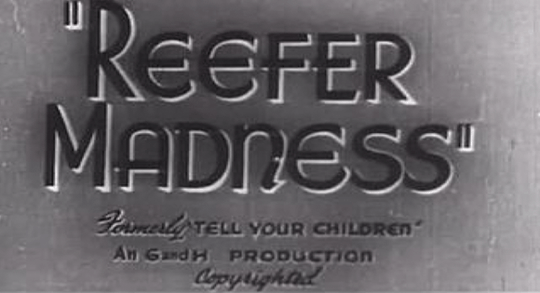 We tackle today’s reckoning with unsteady nerves. And a trembling pen…

Our topic is… er (shifting in our seat, perspiration glazing our forehead, eyes like pinballs)… marijuana…

We discuss drugs as Hillary discusses email… or her husband — uneasily. But as you’ll see below, marijuana is becoming an issue again. And a lot of people are poised to make a lot of green because of it (Hint: Circle Nov. 8 on your calendar).

They say to follow the money if it’s answers you seek. Our fearless leader Addison Wiggin followed the money back in 2012 when he wrote “Winners and Losers in the War on Weed.” He predicted they’d keep weed illegal. Too much money made keeping it in cuffs:

The entire history of pot prohibition is one of special interests jealously guarding their nests… Today, the biggest agitators against legal pot include private prison operators, alcohol companies and Big Pharma.

But weed, or its kissing cousin hemp (they come from the same plant), has a long, upstanding record as a productive citizen…

Hemp produced 90% of ship sails and rope for thousands of years. In fact, the word “canvas” goes back to the Latin root for “cannabis,” if Webster’s New World Dictionary is to be believed.

And Hemp Technologies informs us that “until 1883, more than three-quarters of the world’s paper was made from hemp.” George Washington, apparently, grew hemp. The U.S. Department of Agriculture even declared in 1916 that paper from hemp was “favorable in comparison with those made with wood pulp.”

Henry Ford actually used hemp in production of a car. Popular Mechanics said it was 10 times stronger than steel, at two-thirds the weight. Hmmm.

So here’s where we pick up the money trail…

In the 1930s, newspaper giant and “yellow” journalist William Randolph Hearst was heavily invested in timberland to supply wood pulp for the newspaper industry. Like any good titan, he was out to squash the competition.

That’s why many believe Hearst created a bogeyman of the cannabis plant, denouncing it as a hell-sent narcotic, the blame for every species of crime and calamity. Addison again:

At the height of “reefer madness” in the 1930s, William Randolph Hearst used his newspapers to link weed to violent crime. As it happened, Hearst owned a lot of timber acreage and paper manufacturing plants — an empire threatened by emerging technology to manufacture paper from hemp.

Newspaper mogul William Randolph Hearst’s empire of newspapers used the ” yellow journalism ” pioneered by Hearst to demonize the cannabis plant and spread a public perception that there were connections between cannabis and violent crime. Several scholars argue that the goal was to destroy the hemp industry.

In on the shenanigans was tycoon and Treasury Secretary Andrew Mellon, if whispers are to be credited. Mellon Bank was the main financial support behind DuPont. And DuPont was developing nylon — a hemp alternative. Wikipedia:

Mellon was secretary of the Treasury, as well as the wealthiest man in America, and had invested heavily in nylon, DuPont’s new synthetic fiber. He considered nylon’s success to depend on it replacing the traditional resource, hemp.

Long story short, many think they rammed the Marihuana Tax Act through Congress in 1937 to destroy the hemp industry.

The legislation, in Wikipedia’s words, “effectively made possession or transfer of marihuana illegal throughout the United States under federal law, excluding medical and industrial uses, through imposition of an excise tax on all sales of hemp.”

Marijuana’s infested the law books ever since. The Controlled Substances Act of 1970 even went beyond the 1937 act. It said marijuana has “no accepted medical use.” And marijuana’s been a major casualty of the “war on drugs.”

But these days, the winds of change are gusting. And they’re scented with the smell of weed…

Marijuana’s still illegal under federal law. But 25 states allow some degree of medical marijuana use. It’s legal for both medical and recreational use in Colorado, Washington, Alaska and Oregon. D.C. has legalized personal use.

And come Nov. 8, five states — California, Nevada, Maine, Arizona and Massachusetts — will hold votes to legalize marijuana for recreational use. More will certainly follow in the years ahead.

Good for America? Bad? What say you? (dr@dailyreckoning.com)