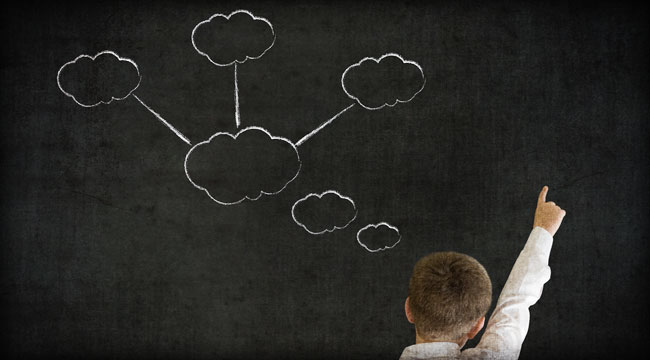 [This article originally appeared in the Daily Reckoning on July 17, 2008]

There are two ways of studying economic theory. One approach is mathematical, and has been much enhanced by the computing power available to the individual economist. The other is historical and relies on the accumulated understanding of economic theory and practice.

The events of 2007 and 2008 have shown the limitations of the mathematical method. The credit crunch was not foreseen by anyone that I read, but it came as a shock to the number crunchers — it took them completely by surprise.

It did not come as a shock to the economic historians, who happily settled down to discuss the resemblances between this credit crisis and earlier ones, going back to the South Sea Scheme in 1720 or the Wall Street Panic of 1907. The economic historians know that similar events had happened before, and had also learned, often by painful experience, that such events are quite common.

What we do know from economic history is that there is a cycle of debt that has to be relieved.

Neither group foresaw the actual events of August 2007, but the historians were quite able to put the credit crisis in a context of other crises. Even though both groups were taken by surprise, it was the mathematicians whose previous forecasts were stood on their heads.

By and large, historical economists, who follow the example of major English economists such as Maynard Keynes or W.S. Jevons, do not regard timing as any more predictable for economic shocks than for earthquakes.

One can say that there is a build up of stress in the system that will eventually have to be released. One cannot say that the release of pressure will occur next Tuesday or next August or even next century.

Some say the big earthquake will happen along the San Andreas Fault in California. It may come tomorrow; it may come before 2050; it may not happen for 500 years. We can usefully predict what and where, but we can very seldom predict when. This makes expectation difficult to quantify, though all markets are based on expectations

What we do know from economic history is that there is a cycle of debt that has to be relieved. In twentieth century history the war debts of the first war played their malign part in the European depression of the 1920s and eventually in the Great Depression of the 1930s. The Austrian School of Economics, and particularly Friedrich von Hayek, developed the Debt-Deflation theory of the business cycles. Hayek indeed foresaw the risk of a deflationary crisis as early as 1927.

Keynesian economics, as expounded in his General Theory, 1936, were criticized at the time for an inadequate appreciation of the negative aspects of excessive debt. Bankers of the Gold Standard era attached great importance to the balance sheet rather than the profit and loss account. I get the impression nowadays that people read the current account much more carefully than they do the capital account — partly because they think that off balance sheet financing has reduced the transparency of the balance sheet itself.

An old-fashioned banker would now be calling for strengthening of balance sheets at every level. But the liquidation of debt takes years to accomplish and diverts fund from current consumption. The 2007 credit crunch calls for liquidation of debt, but that is bound to have a deflationary effect.

Ed. Note: This essay was prominently featured in the Daily Reckoning’s weekend edition – a free service that gets sent straight to your inbox every single Saturday morning, so you can start your weekend off right. But that’s not the only thing that comes with the weekend edition… It also provides readers with a wrap-up of the entire week gone by, including 3 specific opportunities to decide how to play the week ahead. Make sure you’re getting the full story, by signing up for the FREE Daily Reckoning email edition, right here.

Lord William Rees-Mogg was the former Editor-in-Chief for The Times of London, a member of the House of Lords and co-author of Blood in the Streets, The Great Reckoning and The Sovereign Individual. Lord Rees-Mogg was credited with accurately forecasting glasnost, the fall of the Berlin Wall, as well as the 1987 crash.