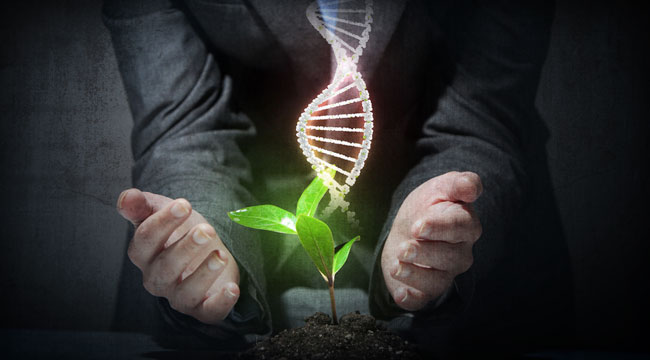 [Ed. Note: You’ve probably heard a lot of noise this year about the dangers of investing in biotech stocks. Just Google the words “biotech bubble” and you get just shy of a million hits. But for a handful of investors who’ve followed this market very closely, the word “bubble” has no business in the conversation. To those who know better, this is a raging bull market — one that’s going to make a few savvy investors a lot of money before it’s all over. So, to continue a theme we’ve been discussing in The Daily Reckoning e-letter this week, this essay from our biotech analyst, Paul Mampilly, seems as timely as ever… even though it was originally published in April of this year.]

I want you to focus on one thing, and one thing only: how you are going to make money from what I believe is going to be the biggest biotech market ever. Yes, I said EVER.

Why am I so optimistic about investing in biotechnology and the life sciences?

Biotechnology in its current form really didn’t even exist until 1980. That’s when scientists were able to reproduce interferon using recombinant DNA. Interferon is a protein that cells make when viruses (like hepatitis C), bacteria (like E. coli), parasites (like malaria) or cancer cells attack our bodies. And recombinant DNA is just a fancy way of saying that we were able to make interferon outside our bodies in a way in which we could produce it and give it to people as medicine.

My point in telling you this is not to school you in Biotech 101. The point I am trying to make is that biotechnology is still a pretty young field. You should understand that we have barely scratched the surface of what we can do with the things we now know about the human body and cells and genes.

That’s why I firmly believe that we are in a golden age of biotechnology investing. And if you make the right moves at the right time, you are going to have a chance to make a lot of money.

…the Nasdaq Biotechnology Index has gone up 306%, even after a steep drop in the early part of 2014.

Now let’s just go back to the ducks. You know, the people quacking on TV, on the Internet, in your ear nonstop about how you should be afraid of biotech stocks.

You know the one thing all these people share? Every single one of them has completely missed the huge run-up in biotech stocks.

It’s typical human behavior to put down and criticize what you don’t understand and rationalize it as being stupid. But I want you to understand, because it’s going to be key to making money in biotechnology now and in the future, that these people I call ducks are quacking only because they didn’t own any biotech stocks. And these people have been wrong for two years straight as biotech stocks as measured by the Nasdaq Biotechnology Index have soared by 117%. One Hundred Seventeen percent!!

If you look back five years, the Nasdaq Biotechnology Index has gone up 306%, even after a steep drop in the early part of 2014.

And what’s been driving this success? This is a question you need to ask. The answer is lifesaving products for cancer, like Gleevec. Gleevec has transformed one particular kind of cancer called chronic myeloid leukemia (CML). CML used to be a death sentence. But today, if you have CML, it’s a chronic disease.

What’s a chronic disease? It means that people who have this form of cancer pop a pill once a day. And then they go about their lives just like everyone else. Gleevec has almost no side effects.

So I am not exaggerating when I say that these people just pop a pill and keep living just like you and me. And I can tell you that there are at least 20 companies looking for similar pills that can make every type of deadly cancer into a chronic disease.

Among the drugs approved are potential blockbuster drugs for cancer, which I believe are going to make investors come back to invest in biotechnology stocks, sooner, rather than later.

So the next time you hear quacking about biotech, I want you to understand that this person is a sore loser. These people have missed out on the huge gains of the last five years. This person is lazy and, unlike you, who is reading this because you want to learn more and understand what’s going on, never going to lift a finger to read or learn anything.

So don’t be surprised when biotechnology stocks start going up and these ducks are still quacking the same about bubbles and crashes. Blah, blah, blah.

Now, I don’t want to sugarcoat what’s going on right now in biotechnology. Some investors have been dumping biotechnology shares left, right and center. And stocks that I have picked for readers of my service Agora Financial’s FDA Trader have not been spared.

No one likes seeing the value of a stock they bought go down. No one. Not even me, despite having 25 years of experience which includes a 5 year stint at a huge hedge fund in New York. But you know you’ll never make the big money in biotechnology if you can’t withstand a bit of volatility.

Ed. Note: This article was prominently featured in the email edition of The Daily Reckoning. But it actually included a lot of things you won’t find here… like additional, up-to-the minute analysis of the biotech sector… how to distinguish a bubble from normal market… and even an easy way to access the world’s best biotech plays. The only way to access that material is by signing up for the Daily Reckoning email edition, which you can do for FREE, right here.