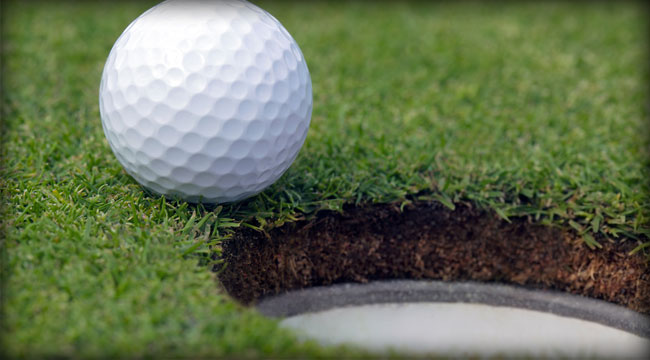 Don’t Call it a Comeback

The first half of the year is nearly in the books.

As of 4 p.m. today, the second quarter will be over. Futures are hinting at a stable open. For now, it appears the market will retain its comeback gains posted earlier this week.

However, stocks aren’t out of the woods just yet. In fact, I’m more inclined to describe this week’s action as a relief rally up to this point. Sure, the gains have been impressive. But the market still has work to do before it proves itself once again.

Yesterday’s S&P 500 rally stalled out after briefly retesting its shorter-term moving averages. A close above 1,620 would have been huge for the bulls in the short-term. It failed. Until we see a meaningful, sustainable push above 1,620 toward 1,650, expect the market to churn sideways or trickle lower.

The market’s a bit fragile—but it isn’t completely void of tempting plays on the long side. Take regional banks, for instance. While market participants continue to bicker over the implications of rising interest rates, bank stocks are soaring. The SPDR KBW Regional Banking ETF (NYSE:KRE) staged a massive breakout. It’s up almost 5% this week… 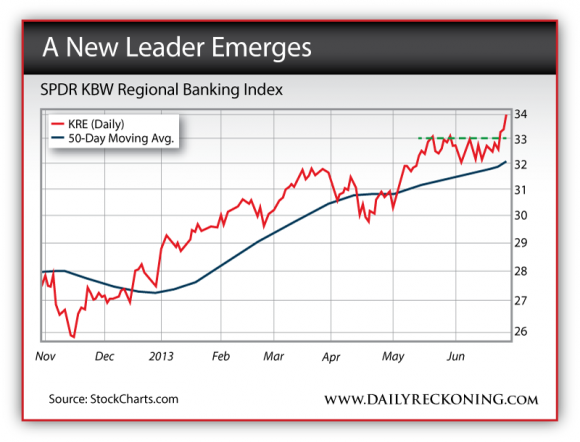 “Rising interest rates can do long-term good for some firms,” explains our own Chris Mayer. “Low interest rates have hurt bank profit margins for years. You can’t read an article about banks without a mention of ‘net interest margin,’ or NIM, compression. Higher interest rates will relieve those pressures.”

In fact, while KRE is up nearly 4% over the past four weeks, the S&P is down more than 2% over the same period. Relative strength is especially important during a market correction. It helps us find the leaders of the next rally—and we could very easily see regional banks float to the top of the performance list.

If you’re looking for a low-risk way to buy into one of the strongest sectors on the market, this is it.