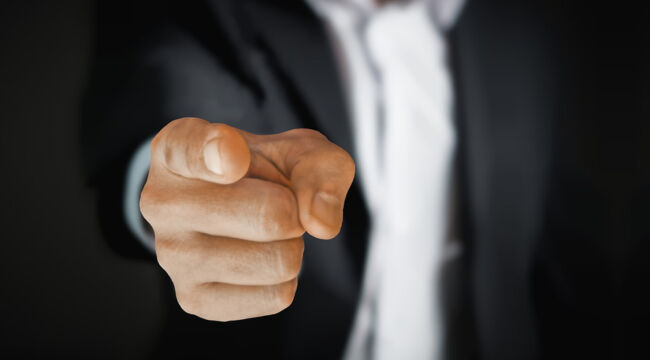 The latest inflation numbers are out. They show an increase in the increase, as we knew they would. People expected 7.2%. We are getting 7.5%. That’s overall and includes sectors without much price movement and others that seem out of control.

But that’s just the official number. If government statisticians calculated inflation the way they did in the 1980s and even the 1990s, the official rate would be considerably higher.

This transitory inflation is looking more and more persistent. It’s worse in some sectors than others but it is hitting absolutely everything. Half of retailers in the U.S. are preparing to increase prices even more, sooner rather than later, just to survive their own increased costs.

The pattern of 40 years — in which prices felt reliably stable and predictable — has been shattered.

There are many ways to look at this data, but one that brings great clarity is to set the 1982 data at 100 and see the percentage change in the index. That way you gain a real sense of the gravity of what we are living through now. Here a chart, courtesy of the St. Louis Fed:

Using the same method to calculate wholesale prices gives extremely unsettling results. This chart takes us back to the 1920s:

What does all this mean for the purchasing power of the dollar?

This chart was once difficult to find but now the folks at the St. Louis Fed have made it easier. This line charts purchasing power from 1913 (when the Fed came into existence) to the present. Check it: The $1 of 1913 is now worth 3.6 cents. Yikes!

“What the Heck Did They Think Was Going to Happen?”

That’s a pure wealth transfer from the people to the state, all manufactured to fund a massive debt. The government, the banking system and the Fed have become quite the beast, devouring the standard of living in systematic ways for many decades.

The proceeds have funded the wars, the welfare, the rise of the administrative state, the despotisms and tyrannies and finally the lockdowns. That’s when the Fed unleashed the helicopters to drop money all over the country.

What the heck did they think was going to happen?

Just as the CDC forgot about natural immunity, the Fed seems to have forgotten the equation of exchange. The latest data is only alarming because it is happening at a faster pace, one that we notice in real-time. The Fed’s ideal rate of monetary depreciation is 2%.

The “failure” we experience now is merely that it sped up the pace in ways they cannot manage.

By the way, the velocity of money is still far lower than pre-pandemic levels. That means that inflation has a very long way to go before it normalizes. I’m still not yet seeing a Weimar-style meltdown in our future, but I’m also aware that this is what German economists were saying in 1920.

The Wall Street Journal calculates that the average household is spending $250 more per month now than last year on the same goods and services. That’s some serious tax, and a tremendous blow to the American standard of living.

Only two years ago, getting a 5% raise was considered really generous. Now that means your salary is lower in real terms than it used to be. It’s a salary cut — one which people would not accept if it occurred in dollar terms. Inflate it away and the loss becomes more difficult to see.

Wells Fargo has found that the classic American Super Bowl party will cost 14% more than last year, and the biggest offender is meat prices. Beef, chicken and pork are all way up, owing in part to supply chain breakages and shipping costs. Steak is mostly out of the question at 21% annual increases.

At least you can reliably buy chicken. But The New York Times, always ready to spread guilt and shame to the American consumer, warns that while the chicken market is thriving, “these gains have come at extraordinary cost to the chickens themselves.” I suppose that’s technically true since we kill and eat them.

The same paper this week wrote a massive paean to the school of thought called “Modern Monetary Theory.”

Ms. Stephanie Kelton, 52, is the most familiar public face of Modern Monetary Theory, which posits that if a government controls its own currency and needs money — to make sure its citizens have food and places to live when, say, a global pandemic pushes many out of work — it can just print it, as long as its economy has the ability to churn out the needed goods and services.

Now she is in an awkward position. “Not my fault!” she says in so many words. She has a Substack account that blames the current sufferings of the American people on everything but the Fed. Many people are ready to agree.

So much wrong has been done over the last two years, but we are hard-pressed to find anyone who is willing to take responsibility. Even the architect of New York City’s awful pandemic response — you know, the one that has turned a world-class city into a dump that millions of residents have fled — has written that it’s not her fault.

True, she says, everyone could use a bit more humility and better “tools” (everyone’s favorite word these days), but they did their best and promised to do better next time.

Her piece in the NYT actually includes the following: “Some people do not find it acceptable to wear masks continuously during the day. Some parents worry about potential speech and development delays from masks, even though that remains unproven.”

So now we need some scientific study to demonstrate that strapping masks on kids’ faces for two years is bad for their development? Ridiculous. The sheer cruelty of these officials is as boundless as their capacity to deny the obvious.

The more parts of life that get transferred from the private sector and controlled by free enterprise over to the administrative state, the more that goes wrong and the more difficult it is to find anyone to accept responsibility.

But there sure is plenty of blame to go around. Will we ever hold the responsible parties accountable?