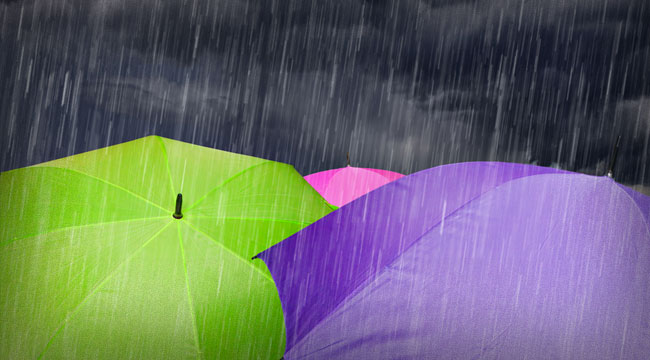 In my youth, I did several years in Hollywood. My mother, thankfully, never found out. I told her I was a contract killer for the Yakuza, or something, to spare her the truth. Initially, my job in Tinseltown was to act as a liaison between real scientists and studios that wanted to bring some accuracy to their portrayals of scientific issues in film and television.

Since studios are rarely interested in accuracy, I ended up working as a script consultant for Aaron Russo. Aaron, who died a few years ago, is best known for producing Trading Places, Wise Guys and The Rose, among other extremely lucrative film projects. A script consultant, by the way, is what you call a writer if you don’t want to pay Writers Guild scale.

Anyway, though Russo was sincere about using film to promote founding American principles, he inevitably hit a brick wall whenever he took our projects to the studios. At least one senior studio executive told Aaron that he agreed the project I was working on would make serious money, but its anti-tax message guaranteed that it would never be made.

As an economist, this inability to get “American values” films made is frustrating. We know that good red-state movies make more money on aggregate than the typical deconstructionist Hollywood propaganda. The puzzle, therefore, is why people who hate the prevailing entertainment business’ editorial bias don’t exploit the business opportunity created by Hollywood’s unofficial embargo.

It’s not as if we have no precedents to learn from. In the old days when I sat around with other economists, conversations often turned to the news media’s complete misrepresentation of free market economics.

Perhaps the oddest thing about old-school media bias is that it effectively alienates more than half of the potential customer base — viewers who believe that free enterprise is better for society than big government policies. Besides driving viewers away from their product, the media’s hostility toward half the population was creating an opportunity for potential competitors.

It was this market opportunity, of course, that naturalized Australian-American Rupert Murdoch saw and exploited with the creation of Fox News. Today, Fox dominates the news business, at least in terms of profits. This is because many legacy media outfits compete for about half the market, while Fox is nearly alone in serving the rest. This experience ought, it seems to me, to attract entrepreneurs to serve the Fox viewership in the arenas of film and television.

When I worked for Fred Thompson, in fact, I encouraged him to use his clout to launch a studio and become the Rupert Murdoch of entertainment. Instead, he ran for president. Ah, well. There are, however, entrepreneurs actively working on that goal now, and I have little doubt that someone will succeed.

The Oscars were a perfect demonstration of why this is true. While “live-snarking” the event on her website, the legendary show-business journalist Nikki Finke wrote:

“As if Hanoi Jane weren’t fuel enough. Oh my God — the Academy actually fans the fire by drafting first lady Michelle Obama to help present Best Picture from, presumably, the White House? So unnecessary and inappropriate to inject so much politics into the Oscars yet again. Hollywood will get pilloried by conservative pundits for arranging this payoff for all the campaign donations it gave the president’s reelection campaign. I don’t understand this very obvious attempt to infuriate right-leaning audiences. Clearly, the studios only want to sell their movies to only half of America.”

Finke is, of course, correct. The urban coastal elites have no interest in providing entertainment for the portion of the market that does not share their worldview — just as the legacy media consistently demonstrate either condescension or hostility to the same group.

As media and entertainment are often linked, it’s pretty clear that so-called liberals still have the advantage when it comes to influencing public opinion. Today, propaganda is often called “spin,” but whatever you call it, it is only one factor in opinion formation. The other big one is actual results.

Often, these are very different things. Take, for example, the media’s spin on the automatic budget cuts that are being implemented as sequestration takes place. Well, as you know, they aren’t actually cuts — they’re a reduction of the planned increases in spending, but that makes my point. The spin is that massive cuts in public services will take place, probably resulting in anarchy and the collapse of Western civilization. The reality is that spending would go up by $2.4 trillion over the next 10 years, rather than $2.5 trillion.

It’s one thing to paint those who want smaller government as troglodytes. It’s quite another to actually base policy on that rhetoric. Compare, for example, the economies of California, where Hollywood lives and reigns, and red state Texas. Though California politicians deny it, wealthy educated residents are leaving their state daily for Texas.

One of the biggest cultural changes in modern times is the collapse of the image of California as “the Golden State.” Moreover, polls of the nation as a whole demonstrate a far more sophisticated appreciation of economic cause and effect than you would surmise if all you paid attention to were Hollywood and the MSM.

Ultimately, math trumps spin. Though there are a lot of people trying their hardest to convince America that it has permanently adopted European socialism, it isn’t true. Things have been far worse in the past, by all measures. If you don’t know this, you risk falling prey to the conservative doom-and-gloom machine, which I hate almost as much as the liberal scaremongers.

The reality is that our current mess will not be that hard to extract ourselves from, once we have surpassed our national pain threshold. Part of the reason is that there is so much innovation bottled up by high taxes and overregulation. As soon as federal policies change, this backlog will create very rapid growth, especially in the fossil fuel and biotech sectors.

If you’re feeling depressed these days, I very much recommend reading this article by the Cato Institute’s Dan Mitchell. If you understand what Mitchell is saying, then you’ll be thinking now about how to profit from the coming historic recovery.

A Bold Prediction About 1 Chinese Stock

Today, veteran analyst Patrick Stout goes across the pond to find one tech juggernaut that he believes has fallen too far…