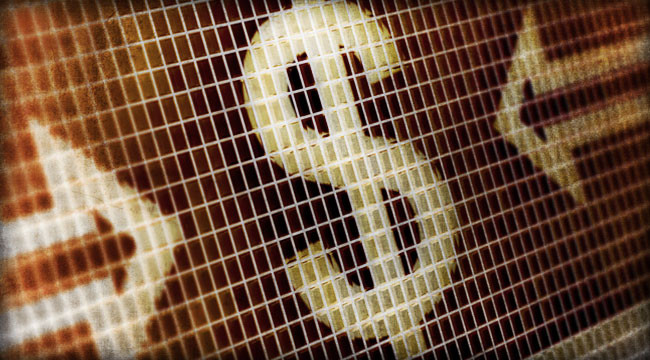 By Christopher Whalen
Posted
May 3, 2017

[This post on the Dollar SuperCycle Ends was originally published on The Institutional Risk Analyst from R. Christopher Whalen.]

What do the US residential housing market, the stock market and the dollar all have in common?  All of these markets represent bubbles created and driven by the aggressive social engineering of the Federal Open Market Committee (FOMC).

Will live in an age of asset bubbles rather than true economic  growth.  The investment world is skewed by the latest round of monetary policy experimentation by the Fed, including years of artificially low interest rates and trillions of dollars in “massive asset purchases,” to paraphrase former Fed Chairman Ben Bernanke.

These bubbles are caused and magnified by supply constraints, not an abundance of credit.  Whether you look at US stocks, residential homes in San Francisco or the dollar, the picture that emerges is a market that has risen sharply, far more than the underlying rate of economic growth, due to a constraint in the supply of assets and a relative torrent of cash chasing the available opportunities.

Likewise with the dollar, the image of the financial markets is one of constraints rather than policy ease.  Since the middle of 2014, the value of the dollar against major currencies has risen sharply, suggesting a shortage of liquidity or at least a relative preference for dollars vs other fiat currencies.

The vast flow of foreign direct investment drawn into the US and then into asset classes like residential and commercial real estate illustrates the abundance of global dollar liquidity and relatively scarcity of assets.  Even with the supposedly accommodative policy by the FOMC, key measures of market liquidity continue to suggest either price and/or structural constraints, both in the US and overseas.

Looking at the effective cost of dollar credit, for example, illustrated by the notorious London Interbank Offered Rate or LIBOR, the cost of borrowing dollars in Europe has risen steadily risen since the Middle of 2015.  Again, the chart below makes us wonder if the good folks on the FOMC appreciate the degree of fundamental demand for dollar credit.

With the end of the Mortgage Bankers Secondary Market Conference in New York, American lenders face a market with new origination volumes down 25-30%.  Meanwhile, the reinvestment of prepayments on $1.7 trillion worth of mortgage backed securities (MBS) held by the FOMC is essentially taking up new bond issuance by Fannie, Freddie and Ginnie combined.

We have been on the record saying that the FOMC should adjust its portfolio now to accommodate private market demand for yield.  And there is no need for actual sales.  Simply ending the Fed’s reinvestment of mortgage bond prepayments would allow the interest rate markets to find a natural level and, to us, give the Fed a more accurate picture of demand upon which to adjust supply.

“I think they’re aiming for something in the vicinity of $2.3 to $2.8 trillion, something like that,” former Fed Chair Ben Bernanke said Monday on CNBC’s “Squawk Box.”  Ending reinvestment of the Fed’s MBS portfolio would lead to a net monthly runoff rate in high double digit billions of dollars.  Or to put it another way, it is time for the FOMC to get out of the way of the private market.  Shrink  the Fed’s bond portfolio and credit the reserve accounts of the banks.

It seems that many market indicators such as the dollar and LIBOR suggest a market that is either schizophrenic or dysfunctional.  Our guess is the latter, in part due to excessive prescription-based regulation of traditional banking and finance, particularly low-margin money market businesses which are being abandoned by the big depositories like JPMorgan (NYSE:JPM) and The Bank of New York Mellon (NYSE:BK).

There are seismic changes going on in the world of trading cash securities and collateral lending, changes that see a host of non-banking firms returning to this traditional nonbank space.  Staring at these charts for the dollar and LIBOR, we wonder how much of the upward price movement is caused by legal and regulatory changes occurring over the same periods.

The clear question from all of this: What happens when this latest dollar super cycle ends? Given that zero or negative rates elsewhere are driving much of the emigration into American assets, why should the dollar ever selloff, right?

Regards the prospect of a dollar drop, Megan Greene tells us on Twitter that “Only way I see it in the short-run is if everyone else gets in trouble and the Fed opens swap lines with other CBs to supply QE #unlikely  We hear all of that, but can’t help but ask the question.  All things do come to an end, including the seeming ability of the FOMC to painlessly levitate the fortunes of heavily indebted nations on a sea of easy dollar credit.  This works really well when the dollar is strong, otherwise not so much.