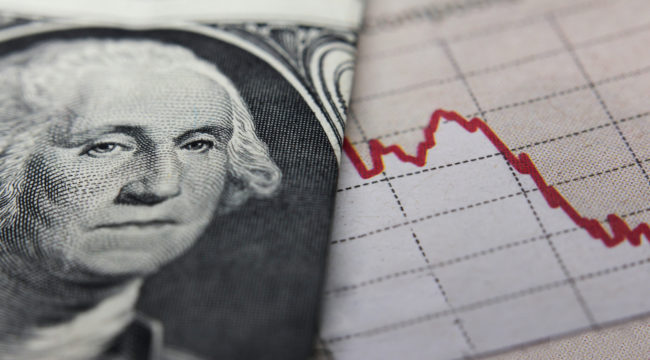 Most stock investors couldn’t care less about the dollar.

When it comes to the dollar, most people here in the U.S and abroad have just one concern: what can a dollar buy me?

And when you start talking about the dollar as an asset in the currency markets, investor’s eyes glaze over.

Who could blame them?

The math that goes into valuing a currency and predicting its path is practically the stuff of rocket scientists.

To be honest, I leave the art of currency valuation to people much smarter than me.

But as a trader, I do follow the movements of the U.S. dollar closely.

And you should, too. Here’s why…

Americans buy a ton of imported goods like cars, televisions and washing machines. And overseas, consumers buy similar goods that originate in the U.S.

The same concept applies to the financial markets.

The U.S. boasts the world’s largest stock market. And most commodities such as oil and gold are priced in U.S. dollars, too.

So when the value of the dollar falls against other currencies, it makes assets priced in dollars cheaper for foreign investors.

Since the start of the so-called “trade war,” the dollar has risen against the currencies of China, the European Union, and most other emerging market nations.

As one of the world’s largest importer of goods, America has more firepower in a trade war than anyone else.

So as the strongest nation of those “at war,” the dollar has become a safe haven for global investors.

And the dollar’s rise has kept a lid on gains of stocks and commodities.

As your editor Zach Scheidt has talked about this for months here in The Daily Edge, the spat over global trade could be over just as soon as it began.

In fact, the markets aren’t buying a protracted fight at all.

The S&P 500 has not only made up its trade war losses on the year — but the index is now closing in on a new all-time high.

The volatility index — otherwise known as the fear gauge — remains well below the 20 level that would signal real fear of falling stocks.

And gold — the world’s oldest safe haven — has been making fresh lows for months now.

If the smart money were truly scared of a global economic collapse, gold would be soaring — and risky assets like stocks would be tanking.

I would bet on the markets, rather than the fear-mongering talking heads.

And when the trade war fighting stops, the dollar — which had been in a solid downtrend before the trade talks — will resume its dive.

And when this happens, the stocks that have taken the biggest beating on talk of tariffs — metals and mining companies — stand to soar.

Yours for weekly profits,

A Solution to “Triffin’s Dilemma?”

Does the “shadow banking system” offer a way out of Triffin’s dilemma?…