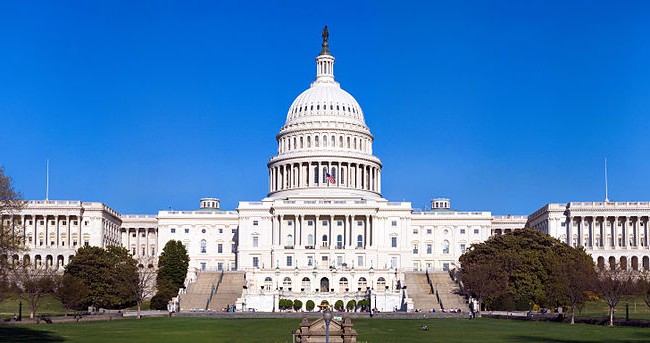 Does "Creative Destruction" Include the State?

When do we get to exercise democracy and fire every factotum, apparatchik, toady and lackey in the state who has abused his/her authority?

Everyone lauds “creative destruction” when it shreds monopolies and disrupts private enterprise “business as usual.”

If thousands lose their middle-class livelihoods– hey, that’s the price of progress.

Improvements in productivity and efficiency can’t be stopped, and those employed making buggy whips and collecting horse manure from fetid streets will have to move on to other employment.

This raises an obvious question few dare ask: does this inevitable process of creative destruction include the state? If not, why not?

Aren’t the state and the central bank the ultimate monopolies begging to be disrupted for the benefit of all?

If government is inefficient and unproductive, shouldn’t it be “creatively destroyed” in the same fashion as private enterprise?

The obvious answer is yes. Why should a monopoly (government) remain untouched by new knowledge and competition as it skims the cream from society to fund its own monopolies and grants one monopoly/cartel privilege after another to its private-sector cronies?

Under the tender care of the state, we now have uncompetitive, inefficient parasitic cartels dominating higher education, national defense, healthcare insurance, pharmaceuticals and hospitals– to name but a few of the major industries that are now state-enforced cartels thanks to the heavy hand of the state (i.e. regulatory capture).

Under the tender mercies of the state, prosecutors have a 90% conviction rate thanks to rigged forensic evidence, threats of life imprisonment (better to plea-bargain than risk years in America’s gulag) and other strong-arm tactics that presume guilt, not innocence.

We have the best judicial system that money can buy, meaning you’re jail-bait if you can’t put your hands on a couple hundred thousand for legal defense and the all-important media campaign.

No wonder “we’re number one” in false convictions, innocent people rotting away in the drug gulag and overcrowded prisons.

The citizenry are fish in a barrel for overzealous prosecutors and “get tough on drugs” politicos.

And for goodness sake, don’t get caught with cash–you must be a drug lord! Only drug lords have more than $200 cash on them at any one time.

Once again, the state monopoly on force reckons you’re guilty until proven innocent–and in cases where your cash and car were “legally stolen” (a.k.a. civil forfeiture) by the state, that will cost you months or years and tens of thousands in legal fees to get your property back–unless you’re targeted for further investigation.

As I have described here in detail, the state can empty your bank account on the barest suspicion that you might owe more taxes than you paid.

Due process and rule of law have been replaced with legalized looting and harassment by government in America.

Orwell and Kafka Do America: How the Government Steals Your Money–“Legally,” Of Course (March 24, 2015)

Welcome to the Predatory State of California–Even If You Don’t Live There (March 20, 2012)

When the Savior State Becomes the Enemy of the People (October 30, 2009)

As for using your rights to uncover whatever illegal spying and dirty tricks the state imposed on you in years past–good luck getting a Freedom of Information claim processed.

The state’s organs of security are busy targeting suspected terrorists with drone strikes, and your trivial concerns about constitutional rights don’t count.

In fact, why exactly are you asking? Your inquiry is highly suspicious.

If there is a difference between the U.S. national security state and the Stasi, it is merely technological. We don’t have to depend on snitches; we got high-tech tools, pilgrim.

There are two systems under our state: one for insiders and one for the rest of us. Insiders get a free pass, everyone else gets the state’s boot on their neck.

If you’re Hillary Clinton, rules are for the little people who haven’t managed to skim tens of millions in bribes ( a.k.a. speaking fees and campaign contributions).

There is no financial crime that can’t be turned into a heroic expression of America’s greatness–if you can afford the bribes.

Here’s how bad it is: let’s say you’re a senior U.S. senator whose husband is the penultimate crony insider worth hundreds of millions of dollars. This is a power couple to be reckoned with, wielding state and private-wealth power.

So what did the national security state say when the senator asked for minimal factual reports on agency activities? Blow chow, honey.

The lady in question is senior U.S. senator Dianne Feinstein, who is married to investment banker/financier Richard Blum.

Interestingly, Feinstein had carried the national security state’s water for years in the senate, defending our Stasi/KGB from inquiry or even the dimmest light of media exposure.

Hey, America’s Stasi: you guys really know how to reward your water carriers.

The full story can be found in the new book Lords of Secrecy: The National Security Elite and America’s Stealth Warfare.

Here’s my question: when do we get to exercise democracy and fire every factotum, apparatchik, toady and lackey in the state who has abused his/her authority, trampled on our constitutional rights, participated in civil forfeiture, threatened innocent citizens, looted the system for personal gain and committed malfeasance?

If you can’t fire your Stasi, KGB, corrupt prosecutors, greedy cops and parasitic politicos, then you don’t have a real democracy, you just have a phony facsimile of democracy, an empty shell that’s up held up as propaganda to a skeptical world.