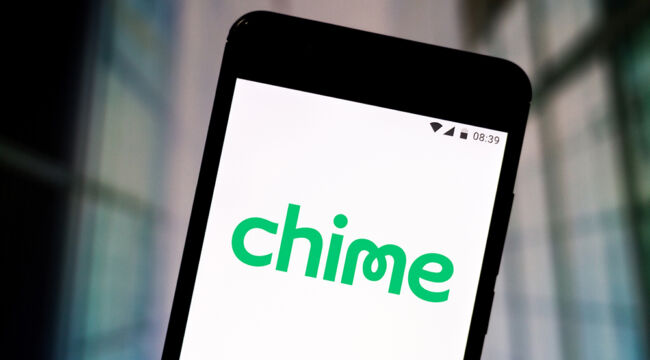 The stock market bounced back today after yesterday’s major losses. “Buy the dip” is alive and well.

But today, I want to revisit a topic I haven’t addressed much lately due to the pandemic, the inflation debate, and many other topics that have taken center stage.

I’m talking about the war on cash.

I’ve warned for a long time that governments are forcing citizens into digital forms of money so that they can more easily freeze accounts, seize assets and impose negative interest rates. As long as cash is an option, you can take your cash outside the system and avoid digital freezes.

Cash prevents central banks from imposing negative interest rates because if they did, people would withdraw their cash from the banking system.

If they stuff their cash in a mattress, they don’t earn anything on it; that’s true. But at least they’re not losing anything on it.

Once all money is digital, you won’t have the option of withdrawing your cash and avoiding negative rates. You will be trapped in a digital pen with no way out.

The movement toward a cash-free society is gathering momentum, but it’s not entirely here yet.

That’s not stopping some financial institutions from taking your money anyway. For example, a banking app called Chime has been seizing customer accounts and not allowing them to log on or access their funds.

Chime has 12 million customers. So far, 970 customer complaints have been filed, of which 197 specifically mention “closed account” as the cause of the complaint. Many of the remaining 723 complaints involve closed accounts, although the regulatory records do not categorize them that way.

In some cases of individual retail customers, the amount frozen was $10,000 or more. The complaints are being resolved slowly and inconsistently. In the meantime, the customers’ funds are blocked.

The only surprise in this story is that these kinds of account blocks have not happened sooner or on a larger scale. Still, this is the tip of the spear; far more account freezes of this kind are coming.

Chime is a retail application used mainly on smartphones. But, central banks are working from the top down to create central bank digital currencies (CBDCs) that will enable bank regulators to do the same thing.

CBCDs use the same underlying distributed ledger technology that cryptocurrencies use. But unlike cryptos, CBCDs aren’t new currencies. They’ll still be dollars, euros, yen or yuan, just as they are today. But these currencies will only be digital; there won’t be any paper money or cash allowed. Only the format and payment channels will change.

Balances can be held in digital wallets or digital vaults without the use of traditional banks. A blockchain is not needed; the CBDC ledger can be maintained in encrypted form by the central bank itself without the need for bank accounts or money market funds.

In the future, customers will discover that paper money deposits will be accepted at a discount to face value when depositing to the new digital system. A deposit of $1,000 may be credited as $975.00 when put into the digital system, if it was after an arbitrary cut-off date, for example.

A system of such discounts (really taxes or penalties) was actually suggested by a prominent economist at a Fed symposium a few years ago. That economist was later nominated for a seat on the Fed board of governors.

As always, the new digital banking system will be promoted on the basis of convenience, ease of use and lower costs. Who needs bank accounts, checks, account statements, deposit slips, and the other clunky features of a banking relationship when you can go completely digital?

In reality, customers will discover that their digital assets are at risk for seizure or taxation not only for criminal reasons (that’s true today) but for political, medical or social reasons.

Could China’s Social Credit System Come to the U.S.?

Such a “social credit” system is being implemented in China. China already uses facial recognition software, mobile phone GPS tracking and the purchase of plane or train tickets to track their citizens. This surveillance can be used to detect anti-state activities and to arrest dissidents, or anyone who doesn’t strictly follow government orders.

Elements of China’s social credit system could end up being used here in the U.S. It might not be exactly the same, but it would nonetheless punish those who don’t comply with government decrees.

An all-digital cash system could be used to impose fees on those who cannot prove they have received a COVID vaccine or some other medicine. This would amount to universal forced vaccination, although it would surely be imposed under some other more benign-sounding name.

If cash is no longer permitted, savers will be forced into buying land, gold, silver, or other tried-and-true ways of preserving wealth without exposing it to government pirates. The Chime account freezes are the shape of things to come.

Meanwhile, the big banks are also happy to kick you out of the banking system.

The mega-bank Wells Fargo has just announced that it is shutting down all personal lines of credit and retail overdraft facilities.

These lines of credit range from $3,000 to $100,000 and they will all  be closed within 60 days. Having a line of credit shut-down can negatively affect your credit score, but Wells Fargo doesn’t care. The bank also doesn’t care that many of these personal lines of credit are actually used as working capital facilities for small businesses.

Many small business owners operate as sole proprietors, in which case there is no sharp line between business and personal expenses. Even when a business is formed as a company, the owner often acts as a swing lender to provide cash to her own company.

The personal lines of credit Wells Fargo is closing may result in small businesses having to shut their doors or scale-back on operations, including possible loss of jobs.

Wells Fargo said it could meet customer credit needs with credit cards instead of the lines of credit being closed. Of course, credit cards have high interest, annual fees and 2.5% merchant acquirer fee on each transaction.

This solution offered by Wells Fargo is transparently an effort to charge higher fees and impose tighter restrictions on its customers in comparison with the personal lines of credit.

At what point does a bank cease to be a business offering financial products at a fair rate and morph into a parasite that sucks customers dry using every means at its disposal?

We’re probably already past that point.