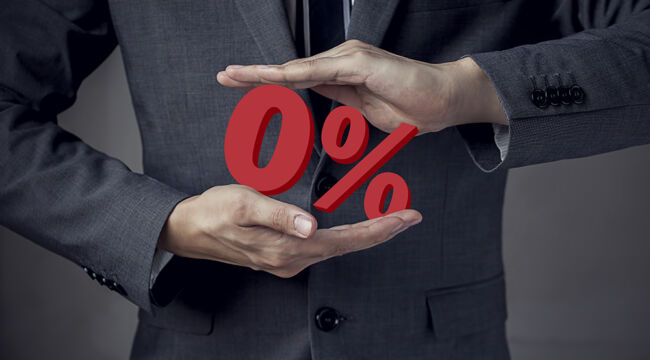 Did the Fed Buckle Today?

The federal funds rate remains glued at zero… as Mr. Powell and his fellows announced this afternoon.

Yet is the Federal Reserve wobbling on its forecast of “transitory” inflation? Does it now fear an enduring inflationary menace?

Yet their “dot plot” suggests two rate hikes in 2023. In March, they plotted no increases until 2024.

This is not what the market expected. The Fed is now signaling that rates will need to rise sooner and faster, with their forecast suggesting two hikes in 2023. This change in stance jars a little with the Fed’s recent claims that the recent spike in inflation is temporary.

You might swat away the prospect of two pinprick rate hikes two years distant. Yet you are not the stock market…

The Dow Jones was off over 300 points following Mr. Powell’s dispatch. It made some losses good by the closing whistle. But it still lost 265 points on the day.

In reminder: gold often moves opposite of yields.

Never Going Away From Zero Rates

If the Federal Reserve does begin to elevate interest rates, the markets will scream murder… and demand an instant halt.

That is, the economy was trapped within the inescapable “tractor beam” of zero rates:

As we have all learned, once an economy falls into the tractor beam of zero rates, it’s almost impossible to escape them… We’re probably never going to go away from zero rates.

We fear Mr. Bass is correct. Now… in 2021… following the past year’s monetary and fiscal deliriums… the tractor beam of zero rates has the United States frozen in solid.

Can’t Breathe on Its Own

Like a man hooked to a respirator, the economy cannot breathe on its own.

The financial crisis collapsed its lungs. The Federal Reserve leapt into action, plugged in the oxygen… and never removed the tube.

Then the virus barreled on through last year…

The authorities ordered a medically induced coma and dialed the oxygen settings to levels nearly inconceivable.

The coma has lifted. Yet, it is far from certain they can wean the patient off assistance.

Blowing Oxygen Into a Corpse

Dr. Powell attempted to wean it off support late in 2017. But the patient gurgled, sputtered and flailed.

Will he risk it again?  We hazard the financial system is even more fragile today than in 2017.

It pants and sweats mightily beneath a debt load even greater.

In brief, the Federal Reserve cannot return to “normal.”

Rising interest rates would merely increase the cost of that debt… piling on too much weight… and the patient would buckle under the strain.

Nor can additional oxygen work a recovery. As well blow oxygen into a corpse.

As our former colleague David Stockman has explained:

[We are at] a condition best described as Peak Debt, which reflects the fact that a large share of domestic household and business balance sheets are tapped out…

Accordingly, cutting interest rates has increasingly less potency on Main Street due to the crushing absolute level of debt…

Needless to say, it is becoming ever harder for the Fed to stimulate more borrowing and spending… It’s simply a matter of diminishing returns to small reductions in what are already rock bottom rates — coupled with the exhaustion of balance sheet capacity.

The Federal Reserve’s communique threw no light on “tapering.” If — and when — it intends to slacken asset purchases remains mysterious.

Yet Mr. Powell acknowledged the question was floating in the air this week:

“You can think of this meeting that we had as the ‘talking about talking about’ meeting.”

If you’re going to get two rate hikes in 2023, you have to start tapering fairly soon to reach that goal. It takes maybe 10 months to a year to taper at a moderate pace. Then you’re looking at we need to start tapering maybe later this year, and if the economy continues to run a little bit hot, rate hikes sooner rather than later.

A Race With no Finish Line

But if the stock market took fright at the prospect of two rate hikes in 2023… how will it keep its courage up against drying liquidity?

We have no indications it can.

We are not certain the Federal Reserve will ever “normalize.” We are — in fact — confident it will not.

It races a race with no finish line.

Yet, the doomsday riders are closing in. We fear the United States is careening into a “death spiral” of debt.

That is, when every public dollar it borrows must service its debt… crowding out all other demands.

When the national debt reaches the point where all newly borrowed dollars must be used to pay this mandatory expenditure, the U.S. government will have passed the event horizon that marks the boundary of the national debt death spiral.

It expands by day, by hour, by minute, by second.

But rates will not remain forever in the cellar. One day they will ascend to the first floor, the second floor, possibly the third floor — even the fourth.

When would the structure give under the strain? We do not pretend to know.

We merely hope we are out in time…