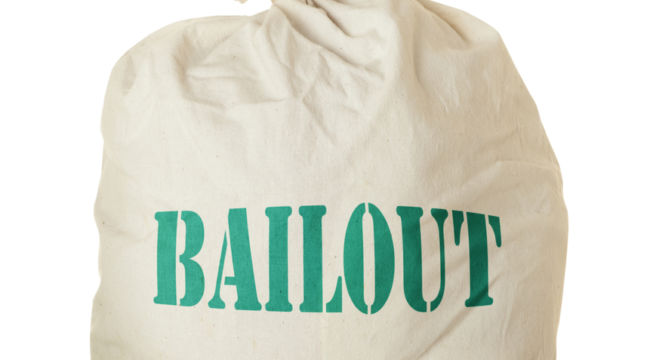 Did the Fed Bail out the Market Today?

We learn by the United States Labor Department this morning that the economy took on 273,000 jobs last month.

Meantime, December and January estimates were upgraded by no less than 85,000 jobs.

Thus there is more joy in heaven.

The stock market picked up the news… and heaved it into the paper basket.

The Dow Jones hemorrhaged another 800 points by 10 a.m. The other major indexes also gave generously — again.

VIX — Wall Street’s “fear gauge,” exceeded 48 this morning. It had guttered along under 15 until late February.

In all, global equities have surrendered $9 trillion in nine days — $1 trillion each day.

Never before have global equities retreated so swiftly and violently.

Meantime, the 10-year Treasury note achieved something of the miraculous this morning…

Many were flabbergasted when yields sank to a record 1.27% low in July 2016. Yet this morning, they were nearly half.

Well and truly… these are interesting times.

Michael Every of Rabobank shrieks we are witnessing a “Black Swan-dive, as yields and stocks tumble in unison…”

“JPMorgan Says Bonds to Slump, Fueling a Return to Cyclicals.”

“JPMorgan Says Rally in Treasuries May Be Nearing Turning Point.”

May we suggest a new contrarian indicator?

The reference is to the famed 1979 BusinessWeek cover declaring “The Death of Equities.”

Of course equities embarked upon the grandest bull market in history shortly thereafter.

As Zero Hedge reminds us, most hedge funds are clients of JPMorgan. Those who took aboard its advice are presently paying. And royally.

They “shorted” longer-term bonds — betting they would fall.

If You Don’t at First Succeed…

Markets presently give 50% odds the Federal Reserve will lower rates to between 0.25% and 0.50% by April.

The central bank is already woefully unprepared to tackle the next recession. Yet it appears ready to squander what little ammunition that remains.

And Bank of America is already assuming a global recession is underway:

“[Our] working assumption is that as of March 2020 we are in a global recession.”

A global recession can wash upon these American shores.

What is the Federal Reserve to do in event it does?

It has little space to cut interest rates, as established. And purchasing Treasuries has lost its punch. Recall longer-term Treasury yields presently dip below 1%.

Additional purchases could drag yields to zero… and below.

Eric Rosengren presides over the Federal Reserve Bank of Boston.

He moans these conditions “would raise challenges policy makers did not face even during the Great Recession.”

Again, what could they do?

In a situation where both short-term interest rates and 10-year Treasury rates approach the zero lower bound, allowing the Federal Reserve to purchase a broader range of assets could be important.

… We should allow the central bank to purchase a broader range of securities or assets.

The Federal Reserve should be authorized to purchase stocks.

But Is It Already?

This Tuesday we vented the theory that the Federal Reserve has been sneakily — and illegally — purchasing stocks.

For years now, I’ve noted that anytime stocks began to break down, “someone” has suddenly intervened to stop the market from cratering…

[And] a year ago, I noticed that the market was behaving in very strange ways.

The markets would open sharply DOWN. Seeing this, I would begin buying puts (options trades that profit when something falls) on various securities, particularly those that had been experiencing pronounced weakness the day before.

Then, suddenly and without any warning, ALL of those securities would suddenly ERUPT higher.

Because these behemoths wield such vast heft, they can haul the overall market higher.

Did the Federal Reserve possibly resort to the same skullduggery today?

We next looked in shortly after 4 to tally the final damage.

Yet we were astonished to discover the index had surged to 25,938 in that hour.

For emphasis: That is a 670-point spree in the span of one hour.

It settled down to 25, 864 by closing whistle. But the index closed the day only 256 points in red — a victory of sorts.

A quick look at Apple revealed it began rising around 3 o’clock… as if by an invisible hand.

Microsoft displayed a nearly identical pattern. And Amazon. And Google.

All mysteriously jumped at 3 p.m.

We leave you to your own conclusions.

A Record of Mischief

It’s long been argued that the Fed shouldn’t and doesn’t buy stocks.

However, the fact is that the Fed does a lot of things it’s not supposed to do. According to the Fed’s own mandates, it should never monetize the debt by printing money to buy debt securities.

The Fed’s already done that to the tune of over $3.5 TRILLION.

Moreover, we know from Fed minutes that as far back as 2012, the Fed was shorting the Volatility Index (VIX) via futures, or options. Here again, this runs completely contrary to the Fed’s official mandate. And if you think this is conspiracy theory, consider that it was current Fed Chair Jerome Powell who admitted the Fed was doing this!

Simply put, the Fed has been skirting its mandate for years in the name of “maintaining financial stability.” In fact, what usually happens is the Fed does things it shouldn’t, denies it for years and then finally admits the truth years later, by which point no one is outraged.

I believe the Fed is currently engaging in precisely such a practice when it comes to the outright rigging of the stock market today.

The Federal Reserve Act does not authorize the central bank to purchase equities.

But financial emergency is akin to wartime emergency.

And as noted, the Federal Reserve took… extreme liberties with the law during the last crisis.

It may be taking additional liberties at present. And it will again if necessary.