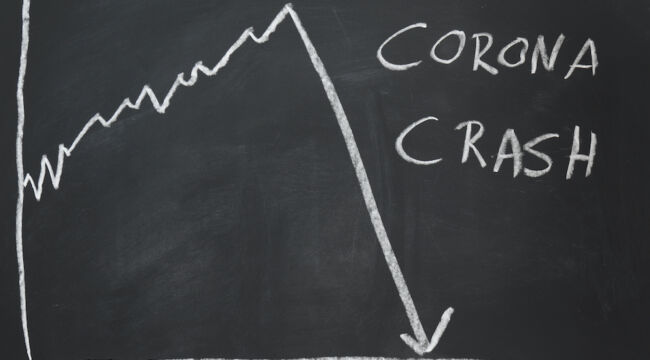 Is the worst of the economic collapse over?

Not really. The economy is off the bottom, but that’s only to be expected after the historic collapse of March–May and the stock market crash in March and April.

The question now is not whether we’re growing again. We are. The questions are how fast is that growth, and how long will it be before we return to 2019 levels of output?

And this question applies not just to the U.S. but to the entire global economy, especially the large producers such as China, Japan and the EU.

Here, the news is not good at all.

Recent data suggests that we may not reach 2019 output levels until 2023 at the earliest, and that something close to full employment may not return until 2025.

A simple example will make the point.

Assume 2019 GDP has a normalized level of 100. Now assume a 10% drop (that’s about how much the U.S. economy will decline for the full-year 2020 according to many estimates).

Now assume 5% growth in 2021 (that would also be the highest growth rate in decades).

That will move the benchmark back up to 94.5. Next assume growth in 2022 is 4% (that would also be near record annual growth for the past three decades).

That would move the benchmark up to 98.3. Here’s the problem…

But the situation is even worse than I just described.

Worse Than a Technical Recession

China PMI figures have recently been 50.9 (manufacturing) and 54.4 (services).

The Wall Street happy talk brigade is cheering these numbers because they “beat” expectations and they show growth (any number over 50 indicates growth in a PMI index series).

But growth is completely expected. The problem is that growth is so weak.

A strong bounce back from a collapse should produce PMI readings of 60 or 70 if a robust recovery were underway. It’s not.

Here’s the reality: What the U.S. economy is going through right now is far worse than a technical recession.

A recession is defined as two or more consecutive quarters of declining growth along with higher unemployment.

A recession beginning in February has already been declared by the National Bureau of Economic Research (NBER), which is the private arbiter of when recessions begin and end.

If we judge strictly by growth figures, the recession may already be over (although we won’t know for months to come, until quarterly growth figures are available and the NBER has time to evaluate them and make a call).

Most recessions don’t last that long, usually only about six–nine months. But that misses the fact that we’re really in a new depression.

“Wait a minute,” you say. “Growth may be weak, but it’s still growth. How can you say we’re in a depression?”

Well, as I’ve explained before, the starting place for understanding depression is to get the definition right.

Economists don’t like the word “depression” because it does not have an exact mathematical definition. For economists, anything that cannot be quantified does not exist. This view is one of the many failings of modern economics.

Many think of a depression as a continuous decline in GDP. The standard definition of a recession is two or more consecutive quarters of declining GDP and rising unemployment, as I just explained.

Since a depression is understood to be something worse then a recession, investors think it must mean an extra-long period of decline.

But that’s not the definition of depression.

The best definition ever offered came from John Maynard Keynes in his 1936 classic The General Theory of Employment, Interest and Money.

Keynes said a depression is “a chronic condition of subnormal activity for a considerable period without any marked tendency either towards recovery or towards complete collapse.”

Keynes did not refer to declining GDP; he talked about “subnormal” activity.

In other words, it’s entirely possible to have growth in a depression. The problem is that the growth is below trend. It is weak growth that does not do the job of providing enough jobs or staying ahead of the national debt.

That is exactly what the U.S. is experiencing today.

The key is a depression is not measured by declining growth but is measured by a combination of actual declines and a below-trend recovery. This happened during the Great Depression.

The entire period 1929–1940 is known as the Great Depression in part because the stock market and commercial real estate never recovered their 1929 levels even by 1940 (they finally recovered in 1954).

Many behavioral changes from the 1930s were still prevalent in the 1950s and early 1960s and lasted until the baby boomers came of age in the late 1960s.

This kind of profound change with lasting impact is happening again.

Due to a combination of COVID-19 spreading in densely populated areas, business failures, urban riots and failing mayors and police departments, Americans are migrating from the big cities to suburban and country areas by the millions.

American families are leaving dysfunctional cities such as New York City, Seattle and San Francisco and heading for Montana, Colorado, Maine and upstate New York in the Catskill Mountains among other safe havens.

Big cities have always offered a trade-off between higher taxes and urban stress in exchange for entertainment, great restaurants, museums and intellectual buzz.

Today the venues and buzz are gone, the crime rates are soaring and all that is left is the stress and taxes. So people are getting out.

Changes like this are not temporary. Once people move out, they don’t return ever. Their children may return someday but that could be 15 or 20 years away.

And those who leave tend to have the most capital and the most talent. This leaves the cities as empty shells populated by oligarchs with personal bodyguards and the poor, who have to deal with the street-level violence.

It’s one more reason we will be in depression for years even if the technical recession is over soon.

Investors Will Learn the Hard Way

The best case is that it will take years to get back to 2019 levels of output. The worst case is that output will drop even lower as the recovery fails.

We’re not really in a recession right now. We’re in a depression and will remain there for years.

No one under the age of 90 has ever experienced a depression until now. Most investors have no working knowledge of what a depression is or how it affects asset values.

But they’re going to find out, and probably the hard way.