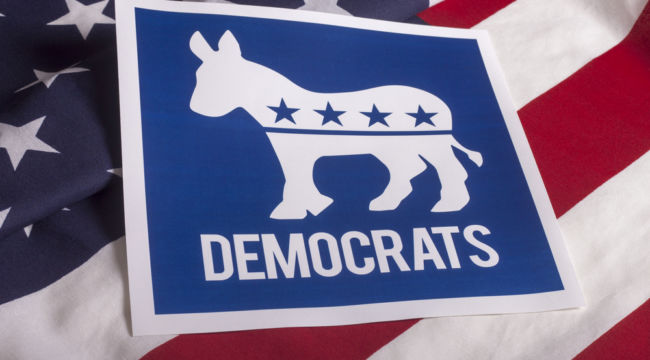 President Trump delivered his State of the Union speech last night. He talked a lot about the booming economy and stock market, which are his main strengths heading into this year’s election.

The visuals said it all, as Republicans were on their feet cheering much of the night, while Democrats remained seated in obvious disgust.

House Speaker Nancy Pelosi provided the most dramatic theater of the night, ripping up her copy of the president’s speech in front of the nation.

The outcome was never in doubt, and is just another blow for Democrats. Trump has all the momentum right now.

Meanwhile, chaos in Monday’s Iowa caucus has further compounded the difficulties Democrats face in their efforts to defeat Trump in November. Much of the trouble in Iowa surrounded glitches with an app that was used to report the caucus results.

Many who downloaded the app to their smartphones received error messages or experienced difficulties in following its instructions. The party’s backup phone system  also reportedly failed, adding to the problems.

In an early vote count, Bernie Sanders held a slight lead in the popular vote, with Pete Buttigieg leading in state delegates. As of early today, 71% of precincts have reported in. They show Buttigieg with 26.8% of state delegates, followed by Sanders, with 25.2%. Elizabeth Warren has 18.4%, with Joe Biden trailing at 15.4%.

The results are a big red flag for Biden, who fell short of the critical 15% threshold in some precincts. It was a clear failure. Now he has to go to New Hampshire with no momentum whatsoever. It’s not over yet, but it’s not looking good for Biden at this point.

Democrat Party officials naturally deny the charge, arguing that the glitches with the app were just that — glitches, and that there’s nothing else to it. But I’m not convinced.

I believe Bernie Sanders probably won Iowa, then Iowa’s Democratic establishment ginned up a “systems failure” to deny him his big moment and stop his momentum going into New Hampshire. Get used to this. Democrats are out to stop Bernie.

The surge of Bernie Sanders in the Iowa caucus and New Hampshire primary polls have mainstream Democrats in a panic. Bernie is vibrant and authentic, but he’s also a hard core socialist who took his honeymoon in the Soviet Union during the height of the Cold War.

Election outcomes are always uncertain, but Sanders looks like a sure loser to Donald Trump in critical heartland swing states like Pennsylvania, Ohio, Michigan, and Wisconsin.

What about Elizabeth Warren?

She is no better with her equally socialist outlook and support for open borders, nationalized medicine and the Green New Deal. Meanwhile, Buttigieg is only 38 years old and was the mayor of a small city with no other political experience.

And the other Democrats are doing poorly in the polls. Tulsi Gabbard is as much disliked by Democrats as she is opposed by Republicans. The party has nowhere to turn among the frontrunners.

It’s true that Biden is ahead (barely) in national polls. The Real Clear Politics poll-of-polls (one of the most accurate available) shows Biden with 27% nationally and Sanders with 21.8%. But that’s almost inside the margin of error and Sanders has been surging lately. Besides, national polls don’t matter because we don’t have national elections; we go state-by-state. When you get to important state polls, Sanders is dominating.

He beat Biden solidly in Iowa, and is ahead 25.6% to Biden’s 17.6% in New Hampshire. No candidate has ever won Iowa and New Hampshire without becoming their party’s nominee. With the Iowa caucus results still not final, it’s possible Sanders could still win both states. The Democratic establishment is having fainting spells as a result.

If Sanders continues to surge and Biden continues to fade, expect mainstream Democrats to coalesce around Michael Bloomberg as the moderate alternative to Sanders. But there’s only one problem with Bloomberg — he’s not really a moderate.

Bloomberg supports late-term abortions and has called for gun confiscation. Those positions may be OK with Democrats, but they get no support among Republicans and moderate independents from the Midwest.

In addition, Bloomberg wants to impose a surtax of 5% on high-income individuals. The problem with taxes like that is the money is usually wasted and the tax itself can slow investment in the economy. Also, taxes of this kind always start out aimed at the “wealthy” but sooner or later trickle down to affect the middle class by amendments or inflation in tax brackets.

Bloomberg may appear moderate to Democrats frightened by Bernie Sanders, but he appears extreme to everyday Americans. That’s one more reason why Trump is on a path to victory in November regardless of what Democrats do in the meantime.

The only factor that can realistically derail Trump, barring the unforeseen, is a recession between now and November. That’s unlikely. While the economy is sluggish, my models aren’t telling me that a recession is likely before the election. So Trump is on track for reelection. Even some of Trump’s harshest critics agree he stands an excellent shot this fall…

Mara Liasson, for example, is an NPR reporter and well-known Trump-basher. If you support Trump or just want to get a read on the electoral landscape, your first reaction might be to skip an article by a Democrat partisan. But that would be a mistake. In a recent article, Liasson exhibits her usual Trump attacks, but she does so in a context that takes the Democrats to task for such weak opposition.

She points out that Trump has a “locked-in base” (which is true). That gives Trump considerable leeway to expand his support since he does not have to worry about his base. Importantly, she recognizes that presidential elections are decided by the Electoral College, not by a majority of the popular vote.

This means Trump could lose the popular vote by as much as 5 million votes (in 2016 he lost to Hillary Clinton by 3 million votes) and still win reelection by the Electoral College. This is because Democrat votes are heavily concentrated in New York and California. Those states are certain to vote Democratic, but millions of extra votes over a simple majority are wasted because they provide no additional electoral votes.

Meanwhile, Trump’s support is spread more evenly among important states like Wisconsin, Michigan, Florida and Pennsylvania that collectively give him an Electoral College edge.

Finally, Liasson points out that turnout is critical. It doesn’t matter if you have fewer supporters as long as you have higher turnout. That’s another Trump advantage that does not show up in opinion polls. Liasson may be a Trump-basher, but she has practically written the playbook for how Trump will win.

And right now, he’s on course to.