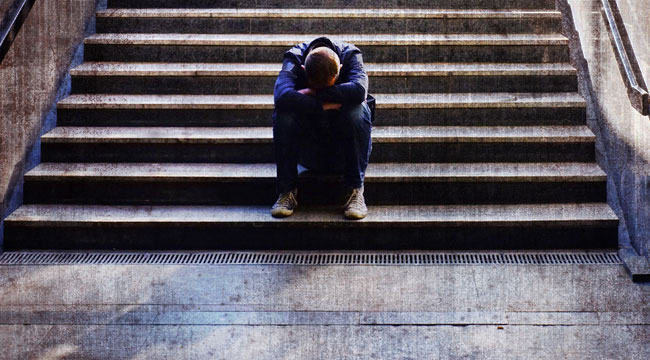 Like the U.S., many democratic nations are suffering from permanently high unemployment, staggering public debts and budget deficits, and a deep economic recession. Although many people blame politicians for their problems, virtually no one ever considers blaming the democratic system for our woes. If you think about it, however, it’s clear that it’s the collectivist nature of democracy that has led us into this hole.

Over the last 150 years, government debts have grown inexorably. During that period, average government spending increased from 12% of GDP to a hefty 47% among major Western countries.

At the same time, the U.S. Code of Federal Regulations ballooned from one to a whopping 200 books. This shows that government interference into the private lives of individuals has mushroomed and that democracy is a danger to liberty.

These trends are not a coincidence. They are the logical result of the principles and dynamics of the democratic system. In a democracy, politicians experience a strong incentive to make debts and raise taxes. After all, they are in power for a short period of time and, therefore, tend to behave more like shortsighted tenants than responsible, future-oriented owners.

When they overspend, overborrow, or overprint money, their successors will have to deal with the negative consequences, and in their turn feel the same perverse impulse. Despite austerity rhetoric, government debts keep rising in most democratic countries. “Austerity” is a code word for “spending less than we had wanted, but more than in the past.” In the end, they wind up raising taxes, rather than lowering expenditures to cut deficits.

Democracy is like going out to dinner with a group of people and deciding in advance to split the bill equally. If you order a nice $10 dessert, you pay only a fraction of the cost and the others pay the rest. So everyone will eat and drink more than they would have done if they had paid their own bill.

The result is a much higher total bill — and no one will be in a position to do anything about it.

In a democracy, voters have the chance to put their personal desires on the collective tab. Welfare recipients demand higher welfare payments, parents want “free” education, farmers lobby for higher subsidies, and so on. Everyone tries to live at the expense of others. But in the end, almost everyone loses, just like the dinner companions in the example above.

The politician that promises the most, no matter how unrealistic, usually wins the elections.

If democracy has built-in perverse incentives, what would be the alternative? People tend to think that the only alternative to democracy is dictatorship. They’re used to equating democracy with freedom. But this is nonsense.

Democracy is rule by “the people”, i.e., the majority. The logical alternative to majority rule is self-rule. In other words, personal liberty. Instead of the government spending tax money and making decisions for people, individuals should spend their own money and make their own decisions.

Democracy is a form of collectivism in which the individual is subordinate to the wishes of the collective. It’s a one-size-fits-none system in which billions of free individual choices are reduced to a small number of coercive decisions by politicians.

A much better alternative to such a centralized system would be to have many decentralized systems. This would create a market for governance where new types of government could be tried and tested, e.g., startup “countries” like Shenzhen and Dubai.

Getting back to the example of the dinner table: If people could split up into many different tables, the diners at each table would feel the negative effects of their spending much more strongly. Then the feedback mechanism would work far better. In addition, the tables would compete with each other, so tables spending irresponsibly would be quickly deserted. Thus, decentralization and competition would foster responsible behavior.

In the U.S. democratic system, one state or group can live at the expense of the other. In the European Union, one country can burden the other countries with their debts and the more frugal countries can’t escape.

But Switzerland, geographically positioned in the center of the EU, was never part of this collective folly and suffers little from the economic crisis (their current unemployment rate is a modest 3.1%). The country must live within its own means, and others cannot spend at the expense of the Swiss.

The Swiss democracy itself is a very decentralized one. It consists of 26 regions known as cantons, or provinces, that on average have 300,000 inhabitants. These cantons enjoy remarkable autonomy, and they compete on matters like taxes, regulation, health care, and education. Because of that competition, people and businesses can not only vote with their pencils, but also with their feet. That fosters sensible governance, which has led to the prosperity and social stability the country is famous for.

Switzerland has a direct democracy at the federal, cantonal, and municipal level. One could, therefore, counter that this Alpine country offers an argument for more democracy. But its success seems to stem from its decentralized structure with relatively small units.

In governance, “small is beautiful.” Of the 20 most prosperous regions in the world, many have fewer than 8 million inhabitants. A number of those, like Singapore, Hong Kong, Liechtenstein, and Monaco, are not typical liberal democracies.

The current economic crisis cannot be solved by more democracy, centralization, and government interference. There are currently only about 200 countries for 7 billion people. That is far too few. We need a better market for governance in which more countries compete for companies and people. This will drive down taxes and foster economic growth and social stability.

Democracy is broken because it’s a collectivist system, like socialism and fascism. We have to break it up in order to fix it.