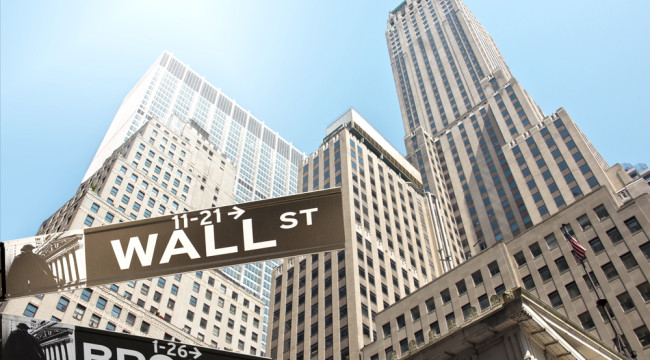 Defying Wall Street for “Knock Your Socks off” Returns

“The national debt hit $19 trillion for the first time ever…” reports the Washington Examiner.” It clocked in at $19.012 trillion, to be exact. At this rate, Obama will have no problem at all eclipsing $20 trillion by the time Trump or Clinton takes office next year.

To think, the debt was “only” $8 trillion while we were filming our documentary I.O.U.S.A. It was before the bailouts and stimulus… before Obamacare… before protracted wars in the Middle East…

Before the Federal Reserve printed trillions of dollars out of thin air, too, and kept interest rates close to 0%. So doing, it’s earned its keep as a bubble machine.

Ever since I wrote my best-selling book Financial Reckoning Day in 2003, I’ve been warning about the dangers of government market manipulation and excessive debt.

While the day of reckoning hasn’t arrived yet, it’s hard to deny the dangers of our financial system. With the boom-and-bust environment created by the Fed, it seems the next market collapse is just around the corner. More important, making money in the markets has become extremely difficult. You can’t simply follow the traditional “buy and hold” strategy. If you park your cash in “safe” government bonds, CDs or other money market accounts, you’ll collect almost nothing in income.

On the other hand, if you “buy and hold” stocks, you risk losing half of your portfolio or more during the next market crash. “Price” matters. Knowing when to get into a trade is important. Knowing when to get out has never been more vital. It could mean the difference between a comfortable retirement and just getting by.

And that brings us back to yesterday’s topic…

“Add a ‘+’ in the right column getting Michael Covel to join your team” writes one reader after yesterday’s Daily Reckoning. “I am serious, nicely done!”

The response to yesterday’s announcement has been gratifying. To show why, let me give you some more background on why we thought it so important to bring Michael Covel’s work to you.

Turns out that Michael and I both had a penchant for economic documentaries — not just watching them but making them. I’d just finished releasing my attempt, the aforementioned I.O.U.S.Α., a “big budget” movie arduously detailing the four great deficits the U.S. faces: savings, trade, fiscal, and, the worst, leadership deficits.

While the film was nominated for a Golden Globe and shortlisted for an Academy Award, it turned out to be a very expensive education in filmmaking, marketing, and dealing with Hollywood.

Likewise, Michael had a similar experience. While chatting over drinks at Richard Russell’s birthday party, Michael told me about a documentary film he’d written and produced on his own on a similar subject. Michael’s take was simply titled Βroke: The New Αmerican Dream. Through both films, we explored the depths of the debt-fueled global economy and the often-disastrous outcomes people get when they expect a free-ride gravy train to continue indefinitely.

During one scene in Βroke, Michael visits the largest open-air fish market in the world, the Tsukiji Market in Tokyo. Fishmongers bellow and screech at each other until prices are reached for fish hauled in fresh from the trawlers by the ton. It’s here Michael explores one of the second things we discovered we have in common — a passionate awe for free markets.

A properly functioning free market allows millions of buyers and sellers to determine prices between themselves, without the heavy thumb of government regulation or coercion of monopolies and price-fixing schemes. (If you haven’t seen Broke, the fish market scene alone is worth the effort.)

To kick off this partnership, I asked Michael to develop a simple proprietary trading system for our readers… one that will help you make money in up and down markets. Luckily for you, he’s accepted and even relishes the challenge. You can click here to see how to put it to work for you.

We dispatched our publisher, Pete Coyne, to talk with Covel about it. Read on for an excerpt…

P.S. Whither goes the economy and the financial markets, so goes The Daily Reckoning. You’d think “contrarian” opinions would react counter to the broader trends in the marketplace, but that’s just not true. When the markets — stock, bond, housing, credit, you name it — are on fire, the marketplace for new and interesting ideas is on fire too. To make sure you’re accessing that entire marketplace — rather than just the small sliver offered you by the mainstream financial media —  we invite you to join us in our email edition by signing up for FREE, right here.