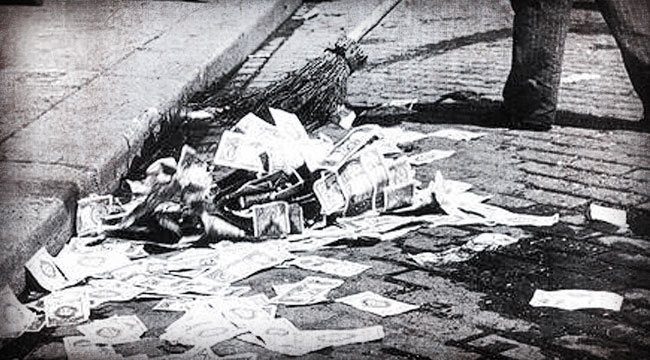 Sometime after the election — it must have been mid-November — there was a meeting of the Economic Policy Group, including the vice president. As we sat at the table in the Roosevelt Room, we talked about where we were and where we were going. If I remember right, Glenn Hubbard made a presentation that was displayed on the screen at the front of the Roosevelt Room and showed where we were going and what different tracks looked like and GDP growth and the rest, including the effects of the proposed third tax cut.

I made the argument, which I had been making over and over again since maybe June or July, that it was not advisable to have another tax cut because of the need to fix Social Security and Medicare and to have some money to smooth the fundamental redesign of the tax system. We needed to have in effect rainy-day money in the event that we had another 9/11 event — and at that point it looked like maybe we were going to go to Iraq, and it was not going to be cheap to do that.

So I argued that we should not have another tax cut because the economy was going to be in positive territory and doing okay through the next couple of years anyway without another tax cut, and there were all of these other compelling reasons not to risk a deficit and not to risk adding more to the national debt. And the vice president basically said, “When Ronald Reagan was here, he proved that deficits don’t really matter and so it’s not a consideration or a good reason not to have an additional tax cut.”

I was honestly stunned by the idea that anyone believed that Ronald Reagan proved in any fashion, certainly not in conclusive fashion, that deficits don’t matter. I think it is true on a temporary basis that a nation can have a deficit and have a good reason for having a deficit. I think during the Second World War there was no way we could avoid having a deficit. But when we came out of the Second World War we started running budget surpluses again and did that through the ’50s and into 1960. It’s interesting, it’s really only been in the last 40 years or so that we’ve accepted the notion that it’s a bipartisan thing that we don’t have to have fiscal discipline.

A year ago there was this signing ceremony in the Rose Garden for the new Medicare prescription drug entitlement, and it’s going to cost us trillions of dollars. This event was not unlike any of the others in the Rose Garden on a nice sunny day, with the president sitting at the signing table with a bunch of grinning legislators behind him taking credit for this “great gift” they’re giving the American people. But none of their money was going to get given to make this happen, because the federal government doesn’t have any money that it doesn’t first take away from the taxpayers.

There was no mention of the fact that this in effect was a new tax on the American people, and we didn’t know how we were going to pay for it. It was only grinning presidents and legislators taking the credit for a gift, which strikes me as a ridiculous continuing characteristic of how we do political business in our country.

If you can get 51% of the people in the Congress to agree with the President’s leadership initiative to say we ought to do this, that’s all it takes. And I think it’s regrettably true there are a lot of people who don’t understand that when they get a gift from the American people, it’s from the American people and it can only be paid for with taxes over time.

I think the confusion is aided and abetted by the fact that it doesn’t feel like we’re paying for it. It’s a lot like running up credit card debt: As long as you can pay the interest charges on your credit card debt, you can live way beyond your means. In fact, we as a nation are living way beyond our means, and for a period of time, there’s no doubt we’ve demonstrated you can get away with it. But I think we only need to look at the fate of other countries that have lived beyond their means for a long time to see you inevitably get into trouble.

If you look at Germany in 1923, they got to a point where their currency was so worthless that you needed a wheelbarrow to haul the currency that was needed to buy a loaf of bread. You get inflation where people stop investing in your national debt, when they say, “We’re not going to loan you money because you’re not going to be able to pay it back.” It’s the same thing that happens to individuals and families.

When you get extended to the point that you can’t service your debt, you’re finished. So you go through a calamity — you go through a terrible inflation, which is a way of having a national bankruptcy, and you destroy accumulated income and wealth. In fact you take from all the people, because suddenly their financial assets are worth nothing.

Are we going to have that right away? No. But should the people who are in positions of political leadership know that and anticipate it and do something about it for the American people? You bet. And now is the time to begin doing something about it.

One of the difficult aspects of this debt problem is that it’s not very transparent to people who are unschooled in fiscal and monetary policy. In a way, this problem’s a little bit like the famous example of throwing a frog into boiling water. If you throw him into the already boiling water, he jumps out right away. But if you put the frog in the pot of cold water and turn the heat on under it, the frog will let itself be boiled because it doesn’t respond to slow increase in temperature.

Our debt problem is something like that. If we wait until we have a calamity and financial markets shut us off because we’ve exhausted their belief that we can service additional debt, it’s too late. This is a problem that we need to deal with without letting the heat be turned up some more.

I would hope we can demonstrate we’re intelligent people that don’t wait until they create a calamity in their country before they deal with problems that are obvious to anyone who’s ever studied economic policy and fiscal policy and monetary policy. You only need to look around the world to see places like Argentina, Turkey, and Germany after World War II whose governments have effectively achieved a meltdown condition. Knowing this can happen to modern nations, we should not let it happen to ours.

Paul O’Neill
for The Daily Reckoning

Paul Henry O’Neill served as the 72nd United States Secretary of the Treasury for part of President George W. Bush’s first term. He was fired in December 2002 for his public disagreement with the administration and became a harsh critic. Prior to his term as Secretary of the Treasury, O’Neill was chairman and CEO of Pittsburgh-based industrial giant Alcoa and chairman of the RAND Corporation.