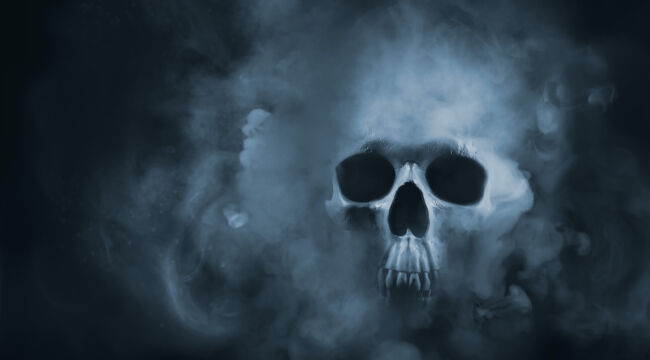 “The whole gospel of Karl Marx can be summed up in a single sentence,” argued economics journalist Henry Hazlitt long ago:

“Hate the man who is better off than you are.”

“Hate the man who is better off than you are…”

History is a detailed diary of this very hatred…

We cite but some examples.

They all set out to correct wrongs. But they mostly end up stripping rights.

The right to life itself is often among them.

Today we study the acid emotions of jealousy… and envy.

Yet we maintain it is a false vanity, a mere conceit.

Men lasso reason and logic primarily to serve their hormones, their vanities… and their delusions.

That is, men enlist logic to affirm their emotions.

Has logic ever plunged a man into love… or into war?

Has logic ever written a poem… or elected a president of the United States?

Has logic ever torn down a statue?

Is it logic on nightly display in Portland, Oregon — or is it emotion?

Jealousy Is Not Envy

Jealousy and envy are not identical. They are siblings — yet they are not twins.

No less a luminary than Aristotle clarified the distinctions between them. Jealousy even has its high and legitimate purposes, said he.

It pricks a man’s pride…  and spurs him on to higher attainments.

Envy — in contrast — only spurs him to evil. For envy is “base”:

Perhaps he meant more men die of envy than die of cancer.

And is not envy one of the seven sins that are deadly?

But let us turn now to jealousy…

“The Sparrow Knows Its Place Is Not Among the Eagles”

It is said a man is jealous of his betters. But it is only partly true.

The average man harbors no jealousy towards the great man.

He has no jealousy for the Alexanders… the Caesars… the Napoleons of this world.

These are men stamped from a finer metal, a nobler metal. And the average man recognizes that it is not his metal.

The sparrow knows its place is not among the eagles.

We speak of course as a sparrow. We are no eagle.

The average man is not jealous of the champion golfer who once shot 60… but the fellow duffer in his weekend foursome who once broke 80.

He is instead jealous of his neighbor who is moving up to a nicer neighborhood.

Be assured… that $100 burns the wife’s sister as acid might burn her.

Before air conditioning — for example — even the industrial titan hemorrhaged sweat on furnace summer days.

Automobile ownership set the rich apart through the 1930s. Not until the 1950s did mass auto purchasing spread to the middling classes.

Today, 75% of America’s poor roll around in automobiles. 30% of the same poor own two or more.

And television? Television was once a luxury, a luxury consisting of grainy images delivered in five channels.

Nearly all of today’s poor own a television. 40% own televisions with wide plasma screens. All are dizzied by endless viewing options wired in by cable or satellite.

“A Smartphone in Every Hand”

Half the poor own a personal computer… offering today’s poor a “wealth” of information that would stagger yesterday’s rich.

Meantime, obesity was once a hallmark of wealth. Today it is largely a scar of poverty.

That is, the poor have advanced materially on a hundred fronts. And America’s poor are enveloped by luxuries that would marvel yesteryear’s rich.

“Poverty Often Has a Rich Imagination”

They soar on wings of leisure… jet from one good time to the next… have life by the snout.

This the poor man sees. His imagination doubles and triples what his eyes take in — and multiplies his jealousy.

Poverty often has a rich imagination.

He may watch the rich at play on a 50-inch plasma television screen. This, as he luxuriates in air-conditioned comfort and munches microwaved meals.

Yet it brings him no comfort. For man is a creature eternally grasping…

The Next Rung of the Ladder

His eye is forever glued to the next rung of the ladder… the prettier plum just out of reach… the greener grass on the yonder side of the fence.

A poor man may set his cap for the middle class.

If by grace he attains it, he soon develops an itch. And discontentment bubbles within him.

For he becomes uncomfortably aware of the floor above him. And so he begins another merry chase up the ladder.

There is always another rung.

Here we do not criticize. We merely observe.

After all, it is man’s ceaseless striving that accounts for all material progress.

And we have our eyes on a grail or three beyond our outstretched grasp.

But maybe, just maybe, on some distant tomorrow… a fellow can take ease in his own inn, however modest… wherever he finds it.

It seems he will find it in no other.

We all might recall the wisdom of ancient Greek philosopher Heraclitus:

“Our envy always lasts longer than the happiness of those we envy.”