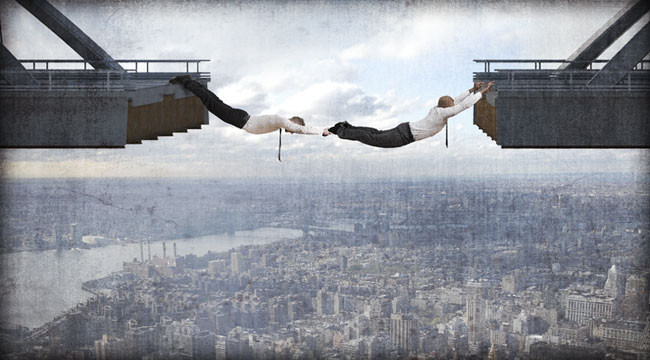 How can the Fed taper when the real U.S. economy is in a terrible state? Add to that the massive problems in the eurozone. And Japan, the world’s third-largest economy, is a guaranteed basket case.

In the U.S., the job participation rate is the lowest since the 1970s, real unemployment (calculated on a consistent basis) is 23%, workers’ real wages have not gone up for decades, 50 million people are on food stamps, government deficit runs at $1 trillion per year and government debt including unfunded liabilities is $220 trillion and growing exponentially.

The world is bankrupt, and all of the economic figures that are being published are just a mirage of a castle built on a foundation of worthless paper money.

Does this sound like an improving economy? Well not to me. Also, the banking system has the same toxic debt and derivatives as in 2008. The banks are just fortunate that they don’t have to value their assets at market. If they did, very few banks would be standing today.

In the G-7 countries, total debt is exploding, and it now takes $7 of debt to produce $1 of additional GDP. Talk about the law of diminishing returns.

The G-7 are the top industrialized countries in the world: The U.S., the U.K., France, Italy, Canada, Germany and Japan. Since neither China nor Russia is included, you can question the validity of this group, especially since most of the G-7 countries are bankrupt.

So the world’s so-called richest nations need $7 of debt to produce 50 cents of GDP. The world is bankrupt, and all of the economic figures that are being published are just a mirage of a castle built on a foundation of worthless paper money. The world can, of course, never pay back the debt with real money, and the world can’t even pay the interest with real money.

Anyone with a sane mind would realize that this whole situation is untenable, and sadly, this will end very, very badly for the world. We don’t just have an economic bankruptcy, but we also have a moral and ethical bankruptcy taking place on top of the threat of war, and the fact that most governments are taking away freedoms and personal initiatives by making people dependent on state handouts.

We also have the very dangerous situation where the rich are getting richer and the poor are getting poorer. Since 2009, the wealthiest 7% have seen their wealth increase by 28%, while the other 93% have seen their wealth decline by 4%. If you take the wealthiest 300 in the world, they have more wealth than the poorest 3 billion. This is very dangerous for a world that will have more and more people going hungry.

If we turn to the situation in gold, there is a major shortage of physical gold, and Western governments and central planners are doing what they can to sell or lease their gold into the market. This has the Fed greatly concerned ahead of their decision. At the same time, the manipulation in the paper market continues.

I am convinced that the relatively small correction we have just seen was simply manipulation prior to the Fed announcement. I have said for some time that there will not be tapering. So they had to get gold down because it’s likely to go up substantially after the Fed has surprised the market tomorrow.

Remarkably, only half of 1% of world assets are invested in gold. Considering what will happen to the world in the next few years, that percentage will go up dramatically, but that will only happen at much higher prices, since there is virtually no physical gold available at these prices.

Ed. Note: Take note of that last sentence… it will come in handy in the near future. Because the excessive debt obligations of the developed world could cause a dynamic shift in the global financial system… and we’d like to help you prepare. Sign up for your FREE subscription to The Daily Reckoning, and you’ll start receiving regular offers for specific profit opportunities. By taking advantage now, your ensuring that you’ll be financially secure later. Best to start right away.

This essay was adapted from an interview with King World News.