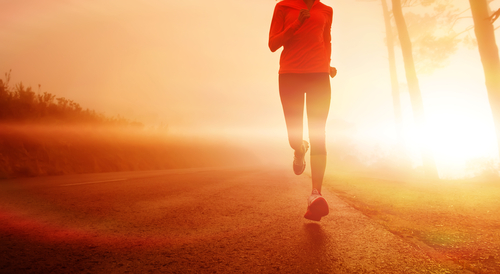 Cyberstrength: The First True Fitness Breakthrough in 25 Centuries, Part I

As the headline implies, I’m going to tell you today about the first real breakthrough in fitness technologies since the basics of physical training were established in ancient Greece.

When I first talked to the two scientists who discovered and exploited the principles behind this technology, the word that came to mind was “unbelievable.” Since then, I’ve told a number of friends how much it can improve strength and endurance. Inevitably, the word used in response is, in fact, “unbelievable.”

This technology is remarkably simple. Though it currently utilizes a simple microchip, its power comes from its ability to modify an incredibly elegant and complex biological system. The brilliance of this technology is not in the rudimentary electronics contained in the machine, it is in the DNA found in our bodies and the minds of the scientists who realized that they could “hack” our bodies’ temperature control systems to increase the benefits of exercise.

Despite the simplicity of the technology I’m going to tell you about, its discovery was facilitated by biotech tools that have arrived via accelerating technological progress — Moore’s law. Moreover, this discovery will have far-ranging impacts. The sports and fitness industries as well as physical therapy, surgical procedures, veterinary medicine, the treatment of numerous human diseases and military tactics, will see major disruptions as this technology works its way past understandable skepticism into widespread use.

The benefits of exercise are extensive and well-known. Physical fitness is not the entire health story. Dr. Craig Heller, one of the world-renowned sleep researchers who made this breakthrough, says there are three elements to a healthy life: nutrition, fitness and sleep. Fitness has an impact on virtually every aspect of our lives.

People tend to fail at fitness regimens because of the many physical discomforts associated with exercise. If you’ve ever worked out regularly, you know what I mean. Exercise, whether it involves aerobic or resistance training, necessarily involves discomfort, if not actual pain. To get optimal benefits from exercise, we know we have to significantly exert ourselves. This entails, typically, getting hot and tired. Then, following exercise, there is often muscle and joint soreness.

Harvard behaviorist B.F. Skinner was right when he observed that an animal that experiences pain when it performs a certain action will tend not to perform that action over time. Humans, of course, are subject to the same rules that Skinner labeled “operative conditioning.” We tend, therefore, not to exercise as much as we should, despite the known benefits.

The enormous fitness industry prospers despite this fact. If there were a solution — some fitness technology that actually reduced the pain and negative stimuli while increasing positive stimuli such as weight loss and increased strength — I believe that the market would be much bigger. In fact, that solution exists.

First, let’s discuss the retia venosa. These are densely packed masses of specialized veins capable of expanding many times. They are mammals’ means of quickly venting heat. In response to high core body temperature, they expand near the surface of the skin to act as radiators.

Normally, blood flows through the capillaries instead of the retia venosa systems. When thermoregulation is required, however, the arteriovenous anastomoses (AVA) kick in. This is an alternate circulatory system that reroutes arterial blood flow directly to the retia venosa and back to the heart, bypassing the normal nutritive capillary system.

This conclusion was verified using various methods, including heat-revealing infrared photography. In hairy animals such as bears, infrared imaging revealed large amounts of heat being shed in five areas containing retia venosa radiator veins. They are the pads of the limbs and the nose, the only areas on hairy animals where heat exchange is practical.

Though humans are not furred, our cooling systems function as if we were. Animals with glabrous or nonfurry faces, like humans, have retia venosa located in cheeks and forehead instead of the large noses typical of bears, dogs and other mammals. Exactly like furred animals, however, humans have heat exchange systems in the palms of the hands and the soles of the feet.

Heller and Dr. Dennis Grahn reasoned that they could fix these problems by exposing the AVA-fed retia venosa in one or more locations to optimal temperatures. Because air has very low heat-carrying capacity, they used cooled water in a medical perfusion pad. This is a soft device through which water is circulated at a desired temperature. Because water is a very efficient heat-carrying substance, the rate of heat exchange is significantly faster.

Grahn and Heller, however, determined the precise range of temperatures that accomplished maximum cooling and warming. Then, they experimented until they found the optimal reduction in atmospheric pressure, or vacuum. Depending on various factors, this reduced pressure expands blood vessels and is capable of accelerating heat exchange. This is because an increase in diameter of vessels increases flow by a factor of four. See Poiseuille’s law.

More on that topic, and how you stand to benefit the most from it, in tomorrow’s Daily Reckoning. Stay tuned…