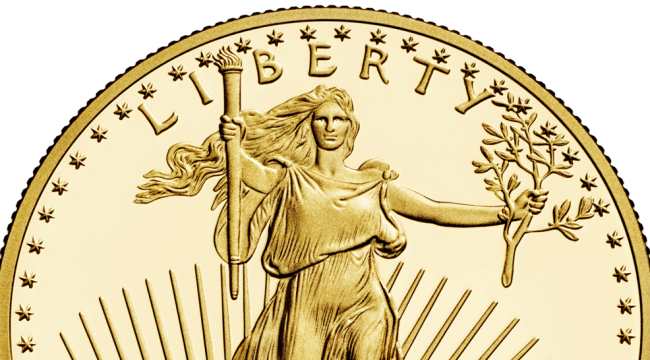 Currencies Depend on Faith, Gold Doesn't

In his July 17th Blog, Let’s Get Real About Gold, author and Wall Street Journal columnist Jason Zweig likened investor interest in gold with the “Pet Rock” craze of the 1970’s, when consumers became convinced that a rock in a box would provide continuous companionship, elevate their social standing, and give them something hip to talk about at parties.

Zweig asserts that investor faith in gold, which he argues is just another inert mineral with good marketing, is similarly irrational, and has kept people from putting money in the much more lucrative stock market.

First off, Zweig’s comparison of gold to equities as an investment vehicle sets up a false dichotomy. Gold is not an investment. It is, as Zweig indicates, nothing but a rock. But it is a rock that is extremely scarce, with highly desirable physical properties that have resulted in its being used as money for all of recorded human history. As a result, it should not be compared to stocks or real estate, but to other forms of money, such as any one of a number of fiat currencies now in circulation.

Ironically, in a world awash in fiat currencies that are created at an ever increasing pace, and whose value is solely derived from faith in the issuing state, gold is the only form of money whose value does not require a leap of faith.

I have no emotional attachment to gold. I don’t use it to cover my walls, I don’t run my fingers through it and laugh, I don’t ask my wife to paint herself with it.

What I do know is that before the world moved to a fiat monetary system in the latter half of the 20th Century, gold had become the money of choice for nearly every major culture in every age. This supremacy was based on gold’s scarcity, its versatility as a metal, its unique and useful properties, its beauty, and its wide cultural acceptance as a hallmark of love, permanence, wealth and success.

There can be little doubt that people will always be willing to desire and accumulate gold…for any of a variety of reasons. The only question is how much they will be willing to pay. On that point, reasonable minds can differ. But to imply that gold has no more intrinsic value than a pet rock, is to recklessly ignore reality.

Up until 1971, the U.S. dollar was backed by the faith that the government would redeem its notes in gold. But, since then, that faith has been replaced by a simpler faith that others will always accept U.S. dollars in exchange for goods and services of real value. The transformation put the U.S. dollar in the same basket as all the other fiat currencies in the world whose value stems from the faith in the issuing government. In his piece, Zweig seems to assume that holding currencies is not an act of faith. But clearly this too involves a question of degree.

Most investors would certainly prefer gold to Argentine Pesos, Ghanaian Cedis, or Venezuelan Bolivars. In reality, what Zweig is saying is that good fiat currencies (the U.S. dollar being the gold standard of fiat currencies) require no faith to buy and hold. But why is that?

But the dollar’s strength is supposed to derive from faith that the U.S. government will remain fiscally sound. There is little evidence that this will be the case. All of the traditional factors that determine a currency’s value, i.e. trade balances, interest rates, government debt levels, economic growth, etc. should be putting downward pressure on the dollar. The U.S. government has done nothing to solve the nation’s long-term debt crisis.

Even the Congressional Budget Office admits that the Federal deficit will increase by an average of $35 billion annually until the end of the decade. By 2025, Trillion dollar plus deficits become entrenched (and those projections are based on economic growth assumptions that currently have proven to be far too optimistic.)

Despite all this, the dollar has surged close to a 10-year high, based on the Bloomberg Dollar Spot Index. Wall Street has explained the dominance by pointing to troubles in Europe and Asia, saying that the dollar has its problems, but it is the “cleanest dirty shirt in the hamper.” Analysts pointed to the expected higher interest rates from the Fed that would under-gird demand for the dollar as other central banks around the world were lowering rates. But that outcome has yet to materialize.

At the end of 2014 most investors had assumed that the Fed would begin raising rates in the First Quarter of 2015. But disappointing economic growth has led the Fed to continuously delay lift off. Nevertheless, investors still think that the hikes are just around the corner. In reaching this conclusion, they blindly accept that our economy can survive higher rates when all the objective evidence leads to the conclusion that it can’t.

In reality, faith in the dollar is based solely on the belief that the U.S. dominance of the global economy will continue indefinitely, no matter how deeply we go into debt, how low our interest rates remain, and how unbalanced our trade becomes.

We have seen this movie before. When confidence in the infallibility of central bankers is high,mainstream voices tend to cast aside gold and put their faith in the judgment of man. In 1999, New York Times columnist Floyd Norris penned an article entitled, “Who Needs Gold When We Have Alan Greenspan?” Despite Norris’ dismissal, the real answer to that question was “everyone”. In the following 12 years, at its high, gold rallied 650%.

From my perspective, the markets are now placing more misplaced faith in the wisdom of Janet Yellen than they had in Greenspan. As a result, gold is being shunned as it was back in 1999. Alan Greenspan’s penchant for easing monetary policy to prop up financial markets led to the creation of two dangerous bubbles, the first in stocks in 2000, and then in real estate, which finally burst in 2007, leading to the Great Recession. Given that the easing of monetary policy made by Greenspan’s successors has been much larger, one can only imagine what may be the enormity ofan economic disaster that looms on the horizon.

So yes, in a way my investment decisions are based on faith, but not the same type of faith that the Wall Street Journal assumes. My faith is that governments and central banks will continue to run up debt and debase currencies until a crisis brings the whole experiment to a disastrous conclusion.

There is simply no historical precedent to reach any other conclusion. I also have faith that human beings will always prefer a piece of gold to a stack of paper. Separate a paper currency from its perceived value and you just have a stack of paper and ink. However, if they would just print it on softer and absorbent stock and put it on rolls, it might have some intrinsic value if we run out of toilet paper.