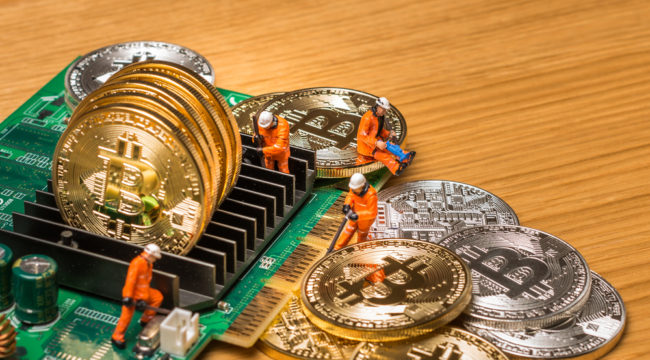 For Cryptocurrencies, the Future is Now

Yesterday, I presented the case that you can make a fortune in cryptocurrencies. I don’t think I’ve ever seen anything quite like it in my career.

And the good news is that you don’t need to know anything about Bitcoin or any other cryptocurrencies to take part in the bonanza.

In fact, what I call “penny” cryptocurrencies are one of the last legal ways for small investors to grow rich, starting with a small initial grubstake.

On Friday, March 17, 2017, a tiny little cryptocurrency called EnergyCoin was trading at a little over one third of a penny. The exact price was .003578 of a dollar.

Or imagine if you had a good feeling about EnergyCoin and put down $5,000…

That’s like earning a $9,662 salary… per day… for more than three full months!

Now I hope you can you see why I’m so excited about the unlimited potential of these super-spikes in cryptocurrencies.

Here’s another opportunity that came along…

On November 20th, 2013, a cryptocurrency by the name of Freicoin was ripe for the picking. Shares traded for fractions of a penny.

10 days later, shares exploded to 33 cents each. Even a small investment was a moon shot.

But here’s where it really gets interesting…

Let’s say you put all that money into another little-known cryptocurrency named Digitalcoin.

That would have made you a millionaire in just 24 days. And with just two simple moves.

Now let’s take it up a notch…

Had you rolled your money into a cryptocurrency by the name of Worldcoin that was trading for just pennies on the dollar…you’d have made another 300% in short order.

That’s enough to turn your initial stake of $5,000 into a landslide lump sum of over four million dollars.

That’s three buys and three sells. And a starting stake of just $5,000 would’ve turned into more than $4 million dollars.

Beats working for a living, right?

OK, but let’s be completely honest…

For every winner, there are probably 100 more cryptocurrencies out there that are nothing but duds. Right?

That’s why in order to “win” in this market — and to win big — you need to be able to separate the real deal from the losers.

To do that, you need someone who knows the cryptocurrency markets through and through.

I’ve made my bones as a venture capitalist. And I know markets pretty darn well, if I do say so myself. I’ve put in my time at Morgan Stanley, I’ve worked in Silicon Valley, I appear on the financial shows, I’ve checked all the boxes.

But I knew that I needed to partner with a true expert in this field if I wanted to master cryptocurrencies. And from the moment I saw this market explode…

I knew exactly who I wanted as my “secret weapon” for this new project of mine.

The thing is, I just didn’t know if he’d agree to do it. And I’ll tell you this — he wasn’t easy to get.

It was a pursuit that took me months of time — and all the persuasion I could muster.

Sure, he earned a degree in mathematics from the world-renowned Trinity College, Cambridge. And he’s got a Harvard MBA.

To top it off, he’s been tenured as an advisor to the U.S. Treasury Department.

And he’s got more than four decades of experience in the creation of new money across the world. For instance…

That’s where this cryptocurrency genius came in…

To make a long story short, our man succeeded.

He saved the Republic of Macedonia, with a special type of money move that netted the nation a whopping $600 million.

Another time he worked with the World Bank to create an entirely new type of currency transaction. And in just seconds, he pulled $11 million out of thin air.

Imagine having nothing one day, and the next day having a bank account with $11 million — or even $600 million.

It’s all possible when you have both the right opportunity (the cryptocurrency markets) and the right know-how (like our expert).

Since that time this genius has been called on by big banks to find ways to profit from the newest, fastest-moving markets available.

But despite all that attention, I just had to get him for my project…

I didn’t just want any old Wall Street suit, government academic, or banking insider to head up this project with me.

After all, there are a lot of academics and insiders I’ve met that are lousy at making money. Instead, I needed someone proven to have both the academic background and the investing chops to hand-pick the biggest winners.

That’s what this genius brings to the table.

And anyone who knows me knows that I never recommend blindly investing in anything, no matter how good it looks on paper.

That’s even more important when it comes to these crypto super-spikes. That’s because a lot of the money being made in these currencies is based not just on technology, but complex sequences of math.

And separating the wheat from the chaff can only be done by someone who understands both mathematics and money.

That’s exactly what this “secret weapon” understands, like no one else.

When you get that combination right, the potential is unlimited. That’s how investors get to pocket 12 times their money on CorgiCoin in 35 days… or

So here’s the bottom line:

I’m happy to report that after earmarking $2.2 million, and after hundreds of emails and phone conversations (and more than a little bit of persuasion on my part)…

I finally got a binding agreement that secures this cryptocurrency genius’ time and expertise over the coming years.

I officially locked him into my team.

The main reason I handpicked this man was for his ability to predict massive currency movements before everyone else.

I can honestly say my “secret weapon” is one of a handful of people in the entire world who has actually created a real, tradable currency.

And that’s a mega-advantage in this market.

They key is finding the handful of candidates with unique characteristics, untapped market demand and an upcoming catalyst destined to launch them into the mainstream.

That’s exactly what we’re doing right now. Our “A Team” is in place and hard at work. And I can confidently say that there are fortunes waiting to made over the next month alone.

For cryptocurrencies, the future is now.

And this is your invitation to that future.