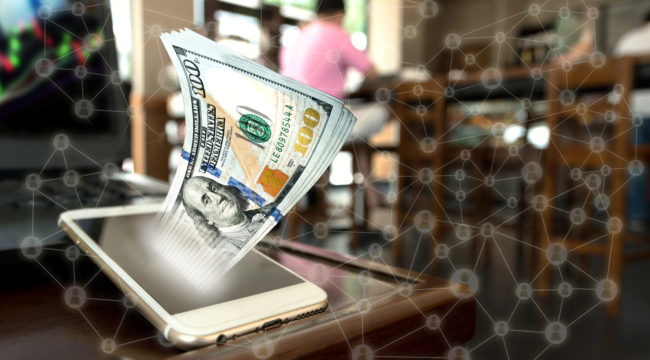 Cryptocurrencies Can Make You Rich Beyond Your Dreams

I’ve been around the block in my career…

And I’m a regular on CNBC and other major media outlets. 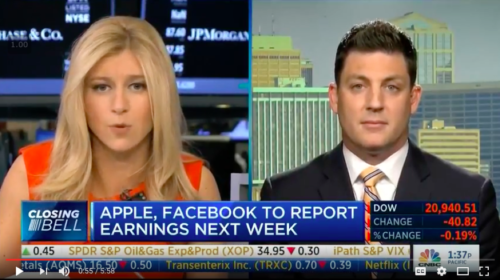 I’ve been featured on Fox Business with Maria Bartiromo… 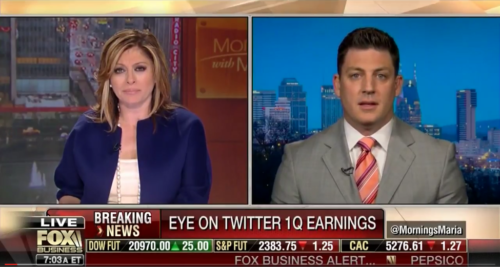 And I’ve personally interviewed legendary investor Jim Rogers, where we talked about cryptocurrencies at length.

I’m not telling you this to brag.

But I do bring some credibility, I guess you can say. And the contacts I’ve made in my career are some of the most powerful people in the world of finance.

Having said all that, I can tell you this…

There’s one market that’s hotter than anything I’ve ever seen before.

And the good news is that we’re in the midst of an absolute earthquake in that market right now.

I’m talking about the “cryptocurrency” market.

Cryptocurrencies are things with names like “bitcoin,” or “ethereum.” You’ve probably heard of bitcoin.

They’re digital currencies that are largely out of the hands of any centralized government.

There are over 984 cryptocurrencies in existence now. More are coming to market every day. And many are shooting higher and higher each and every day.

And this developing market environment is a new breeding ground for massive profits. In fact, Bloomberg reports that one trader recently made over $200 million in one month.

How is that possible?

Well, these cryptocurrencies are essentially the equivalent of microcap stocks. That is, many are underfollowed and trading at a huge discount — but poised for explosive moves higher.

They’re like winning lottery tickets. You just have to know how to spot them.

Here’s a recent screenshot of some leading cryptocurrencies: 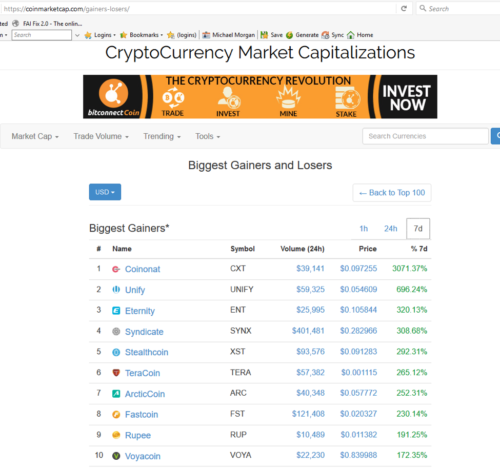 And there are all weekly gains!

Consider the case of a gentleman profiled in Forbes.com, named Mr. Smith, who turned $3,000 into $2.3 million!

Just like that, Smith had landed upon a windfall of $2.3 million. “It was absolutely insane,” he says. “I quit my job and left on a round-the-world trip the following week.”

There are many stories just like that, I promise.

Mainstream interest in the space is heating up because of Bitcoin’s rapid price ascent. Years ago, I famously spoke out against the investment opportunity in Bitcoin.

It was too early, in my opinion. Too many kinks.

But the more research I did, the more convinced I’ve become that the moment for cryptocurrencies has arrived.

And the fact that savvy institutional investors — including prominent venture capitalists  — are now treating cryptocurrencies as a new asset class is a major tell that we’re on the cusp of a permanent transformation.

In other words, this isn’t simply a hype-driven fad that will fade. It’s the dawn of a new technology.

Even Bloomberg recognizes the historic opportunity in front of us, predicting that the first “crypto-billionaire” will be minted this year.

I believe Bitcoin’s price could conceivably reach $10,000, as interest heats up.

Why do I say that? The math is simple.

All piling millions of dollars into Bitcoin…

And with the scarcity and strictly limited number of bitcoins available…

Bitcoin must go up over time. And the day it hits $10,000 and beyond could happen a lot sooner than you think.

The demand and supply make it a mathematical certainty.

That’s why I’ve been urging my readers to get a small fraction of their wealth into Bitcoin immediately.

Owning Bitcoin is one of the single smartest things you can do to make a quick fortune right now. But here’s the thing…

That being said, the biggest gains going forward aren’t going to come from Bitcoin.

Think of Bitcoin as the “blue chip” of cryptocurrencies. Trading near $3,470, it’s a lot harder for Bitcoin to multiply in price than it is for a “penny” crypto trading for under $1.

That’s why the biggest gains in this market will come from sifting through the 1,000 or so “penny” cryptocurrencies.

And a rare opportunity in the cryptocurrency markets has just opened up, giving investors the chance to grow much richer… much faster… than simply buying Bitcoin.

In fact, you could potentially be looking at the chance to collect $2,190 for every $1 rise in the price of Bitcoin.

What most people don’t know is that when Bitcoin spikes, dozens of other cryptocurrencies violently gap to new heights.

You won’t hear about it on TV. And most pundits don’t know about it.

But as one of the the world’s most trusted emerging technology advisors, I can tell you this for certain…

Each time one of these moves happen, you have a rare chance to make a massive fortune.

In the past 5 years, Bitcoin has spiked exactly three different times… 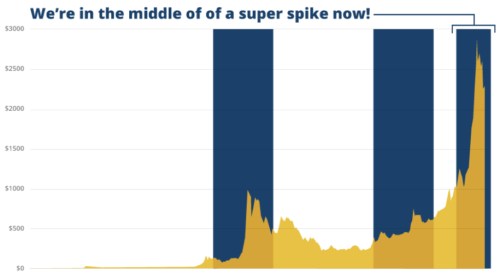 Once every 18 months or so, we have a rare chance to make a fortune in the cryptocurrency markets. And that time is here again.

The best way to show you how this works is with an example.

By buying Bitcoin, you’d have turned $1,000 into $3,890. That’s nearly 4x your money. But take a look at another cryptocurrency investment: 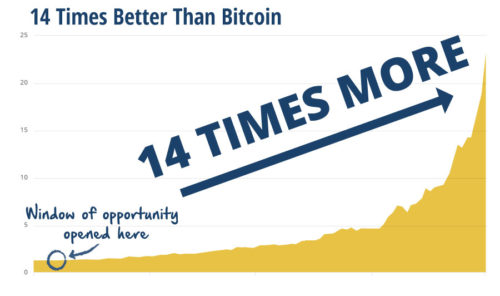 During this spike, this cryptocurrency investment made 14x the gain of Bitcoin itself. That means the same $1,000 invested would have turned into $41,260. And this was not a one time event.

Take a look at this… 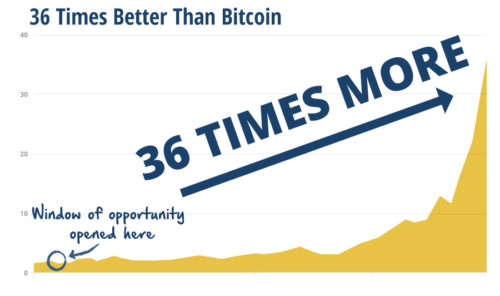 This time, the secret returned 36x more than Bitcoin. And that’s not even the best example to show you… 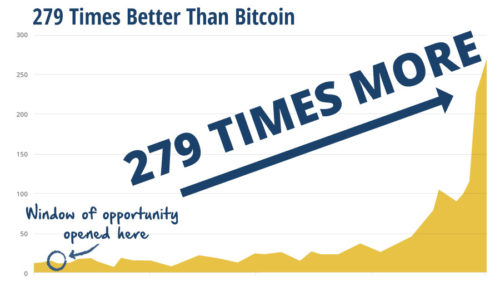 Here’s a chart showing you how much more you’d have made by using this secret cryptocurrency strategy instead of buying Bitcoin directly. 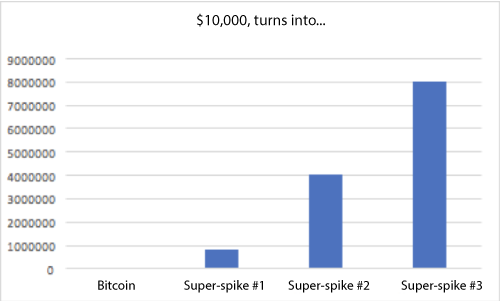 There’s a way to play this super-spike for the chance at a life-changing lump-sum of money.

And the thing is, catching just one of them can make you rich.

That’s right. Just one of these crypto plays can potentially vault you into another lifestyle, the way Bitcoin has for so many before.

The bottom line is that this is the hands-down hottest market on earth right now. And I can’t say if we’ll ever see another opportunity like it.

I strongly advise you to seize this historic opportunity, before the mainstream catches on.