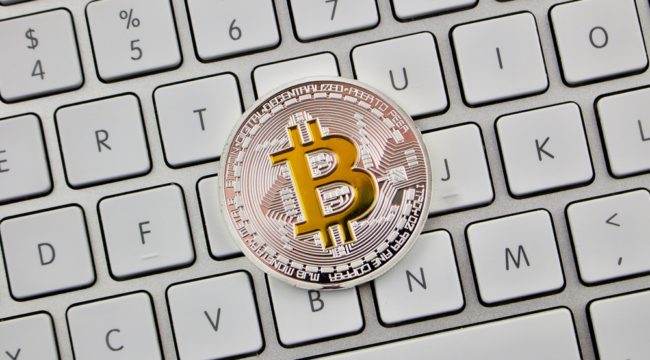 Cryptocurrencies Are Here to Stay

Reason #1: There’s Too Much Money to be Made. As the world’s first “cryptocurrency” trading between nerds, Bitcoin began life as an experiment.

Nearly a decade later, more than 800 digital currencies trade around the world. And the crypto market is now worth more $150 billion.

To be sure, that’s only a fraction of the $76 trillion global stock market capitalization. But no other asset class has seen faster, bigger gains than cryptos — especially in the last year.

That’s more than 180 times the gain of the large cap index over the same period.

Heck, Goldman Sachs analyst Sheba Jafari predicts that Bitcoin alone will rise another $700 before cooling off — a 15% gain from current levels.

You can bet that every institutional investor on Earth is chomping at the bit to get a piece of the crypto action.

And with their backing, Bitcoin and other cryptocurrencies will continue to reach new heights.

Reason #2: Its Appeal Is Too Great. Cryptocurrencies have far outgrown their humble roots.

What basically began as geeky trading cards have morphed into one of the most disruptive forces on Earth.

Everybody wants them. Investors hungry for healthy returns on their capital — and weary of upside in pricey stocks — are piling into cryptos.

With 1,000% gains possible every day in some names, who could blame them?

Privacy buffs love the ability to make anonymous transactions on the web using cryptocurrency. They also love being able to store their wealth online. This way, their money is “close,” but far enough away from greedy hands of the federal government. And that’s not just the case here in the U.S., but worldwide, as well.

And sadly, people in countries ravaged by hyperinflation like Venezuela — where the IMF predicts the price of goods will rise by 720% by the end of the year — rely on Bitcoin “mining” to put food on their tables.

As you may know, the tyrannical Venezuelan government made Bitcoin illegal to mine. But these miners are putting their own lives on the line because the rewards are too great to ignore.

Bottom line: Cryptocurrencies filled a massive void in the global economy, and the benefits are too great for people to ignore.

Reason #3: The Only Tax Haven Left? Since the Foreign Account Tax Compliance Act of 2010, governments have shut down many boltholes where taxpayers hid their money, such as Switzerland.

If governments could be trusted, this wouldn’t matter. But they can’t. Britain’s 98% tax rates and the United States’ 91% tax rate in the 1950s are evidence of this.

And the extra power that Big Data provides has made them even greedier for control over our lives, while their demand for more money is neverending.

Cryptocurrencies, the best of which are truly anonymous, are a solution to this.

Money can be kept discreetly, in a secure store of value, on which transactions cannot be traced.

Authoritarian governments like China may try to shut them down, but they won’t succeed. They are truly too big to stop at this point. It’s a great blow for human freedom.

Over-regulation has also killed new U.S. bank formation. No national banks have opened since 2009 — compared with 100 annually before 2007.

ICOs, on the other hand, are largely unregulated. They take place worldwide. And they’re a highly efficient way to finance new economic activity.

Since entrepreneurs don’t like the costs and delays of regulation, cryptos offer them a new way to thrive.

The benefits cryptos offer make them bulletproof. Don’t expect them to go anywhere but up.

Reason #5: Better Than Gold. Once a person has accumulated wealth, security becomes a big deal.

Dollars lose value to inflation. Stocks are risky. Bonds are risky. And for the safety-minded investor, bitcoin solves two problems in one move:

To hedge against inflation, most people look to gold as a haven for their wealth. After all, it’s served as a store of value for people for centuries.

Right now, $1 million will buy you something like fifty pounds of gold at $1,335per ounce. Sure, you could easily bury that loot in the backyard for a rainy day. But in an emergency where you have to — say, evacuate your home in a hurry — that fifty pounds of gold becomes a heavy burden quick.

On the other hand, bitcoin is weightless and is stored eternally on the blockchain.

Heck, as more businesses around the world accept bitcoin as payment… there may not even be a need to hold any country’s official currency in the not-too-distant future.

Hacks. Splits. Thefts. Facilitating criminal activities. Yup, bitcoin’s enjoyed them all since coming on the scene.

Yet the cryptocurrency is still hanging tough, nearly a decade later. Bitcoin has taken on a life of its own. It simply refuses to die!

Mainstream interest heats up as prices climb, which brings in new buyers, which drives up prices even more.

“Anytime something just refuses to die, you probably have to pay attention to it,” opines the COO of StockTwits Justin Paterno.

And when that something is an emerging technology, you probably need to invest in it, too, because its longevity proves that it’s anything but a fad.

Confession: At first I refused to pay bitcoin much attention — and even went so far to predict its demise. The darn thing refused to die, though, which forced me to change my mind.

I’m not alone, either.

Central banks the world over — the one group, mind you that is most threatened with extinction by the emergence of decentralized cryptocurrencies — are now making initial infrastructure investments to support cryptocurrency payments.

This includes the Monetary Authority of Singapore, as well as England’s, China’s and Canada’s central banks. Their actions couldn’t be a more glaring tell of the disruption that’s unfolding.

If cryptocurrencies live up to their hype and permanently disrupt traditional currencies, you’ll want to own some. Of course, if that ends up happening, it won’t be obvious until it’s too late to invest.

So if you’re still crypto-paranoid or skeptical, why not position yourself just in case?