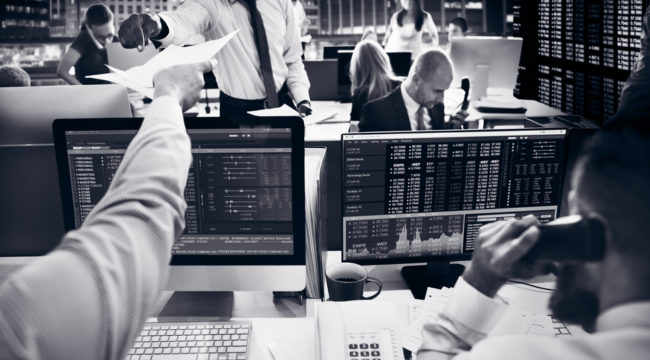 Many market players are feeling helpless…

You see, the current stock market levitation that started after the 2008-2009 financial crisis is showing its age.

And it looks like the powers that be are losing their grip on the puppet… uh, I mean market.

That’s because there’s one critical element beyond their control that’s starting to make serious moves on its own.

Market analysts refer to this as the most important number in finance.

Historically, it’s been a key indicator about the direction of all markets.

Is the Party Over?

U.S. 10-year Treasuries, the most popular debt instrument in the world, were part of the developed-world government debt that sold off last week after the European Central Bank refused to announce additional stimulus and investors realized that the Bank of Japan’s bond buying is toast.

Basically, investors who have been “long” government as a father figure are actually starting to lose faith in additional monetary “stimulus.”

That injection of fear moved the yield on 10-year Treasuries seven basis points higher to 1.67%… a number that can’t be manipulated by anyone—it’s set by market forces.

Higher yields will slow borrowing and spending, weighing on economic and profit growth. That will send stock prices lower.

Plus, when the yields on Treasury bonds rise, stocks are way less attractive by comparison. That means their price will decline in order to keep the same relative appeal.

The bottom line is that rising 10-year Treasury yields are a bad omen for future stock prices.

Gundlach believes that interest rates have bottomed and investors should prepare for rising yields.

With both Trump and Hillary Clinton calling for an infrastructure spending frenzy, he also believes that will increase the cost of government borrowing by adding supply of government bonds and driving up yields.

That will be more bad news for stocks.

So is Gundlach right? Possibly. But no one has a crystal ball to know with any certainty.

The key point here is that a big shift in global monetary policy and fixed-income yields—a shift we can all visualize with the price action in stocks and bonds—may have just started.

Gundlach is calling this a “big, big moment.”

We’ll be tracking these price-action developments closely as these kinds of tectonic market shifts are where we find the trend following home runs that make up potential outsized gains.

Since we can’t predict the next great trend or next black swan, we let market prices tell us the truth, not opinions. And some major price moves could be on the horizon.

Expect the Fed to Pause if Volatility Continues

This former Wall Street insider reports on why you should expect the Federal Reserve to hold off on acting in December if volatility rises. Here’s what that could mean for your savings and the financial system… Get the full story here…