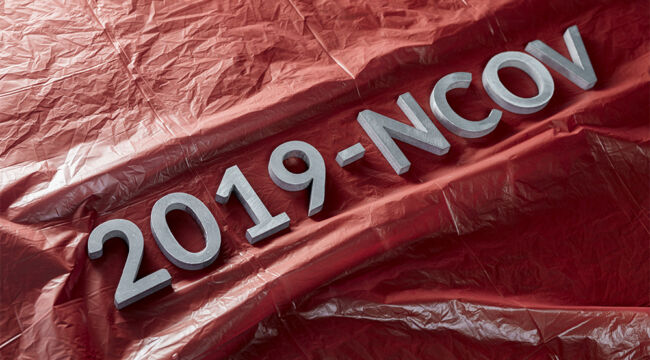 The lockdowns of March 2020 shocked the American people and most public health agencies, not to mention infectious disease doctors.

The idea of school shutdowns, business closures, plus mandatory remote work and other restrictions have previously seemed inconceivable. It was especially remarkable to have such an “all-of-government” response to a virus that we already knew posed a threat mainly to the elderly and infirm.

Issues like public-health precedent, American legal tradition, and medical knowledge about dealing with respiratory viruses, not to mention natural immunity and collateral damage of lockdowns, were all thrown out the window.

Robert Kennedy, Jr.’s book The Real Anthony Fauci mentions a tabletop exercise called “Crimson Contagion” that ran from January through August, 2019. I had not previously heard of it and I found the mention remarkable, simply because it proves that not everyone was shocked by lockdowns.

They were not part of official planning documents of either the CDC or WHO but they were clearly in the plans of someone.

I’ve only followed up on this report in light of growing focus on the person who coordinated Crimson Contagion: Robert Kadlec, who served in the Trump administration as Assistant Secretary of Health and Human Services, Preparedness and Response. It was he who also ran the Covid response between HHS and the Department of Homeland Security.

Kadec’s lifetime government service (and, yes, he is said to be CIA) extends all the way back to the G.W. Bush administration when in 2007 he took the position of Special Assistant to the President and Senior Director for Biodefense Policy on the Homeland Security Council from 2007 to 2009.

The very notion of lockdowns originated in that administration.

The 2019 tabletop exercise involved a huge number of public-sector agencies across all states plus many private-sector associations. It postulated a disease scenario in which a respiratory virus begins in China and spreads around the world by air travelers.

It’s first detected in Chicago. The World Health Organization declares a pandemic 47 days later. But then it was too late: 110 million Americans became sick, with 7.7 million hospitalized and 586,000 dead.

The conclusion of the exercise was that government was not well prepared for a pandemic and urged more planning and fast acting to implement what we now call lockdowns as we await a vaccine. Presumably, the vaccine then fixes everything.

The public knew nothing of this exercise until March 19, 2020, when the New York Times reported on it for the first time. This was one day following the detailed release of stay-at-home orders by the Cybersecurity and Infrastructure Security Agency. The next day, National Public Radio also ran a report on Crimson Contagion.

The Crimson Contagion planning exercise run last year by the Department of Health and Human Services involved officials from 12 states and at least a dozen federal agencies. They included the Pentagon, the Department of Veterans Affairs and the National Security Council. Groups like the American Red Cross and American Nurses Association were invited to join, as were health insurance companies and major hospitals like the Mayo Clinic.

The war game-like exercise was overseen by Robert P. Kadlec, a former Air Force physician who has spent decades focused on biodefense issues. After stints on the Bush administration’s Homeland Security Council and the staff of the Senate Intelligence Committee, he was appointed assistant secretary of Health and Human Services for Preparedness and Response.

Also participating were former Trump administration officials Rex Tillerson (Secretary of State, 2017-2018) and John F. Kelly, who was White House chief of staff from 2017 to 2019. The NYT even ran a picture of the two of them at the event.

Here are some direct quotes from the October 2019 report of Crimson Contagion:

The exercise revealed several workforce protection challenges under conditions where medical countermeasures, such as the pandemic vaccine, antiviral medications, and personal protective equipment, are limited. To protect the public prior to vaccine distribution, public health officials issued guidance on the implementation of nonpharmaceutical interventions intended to slow the spread of the virus.

In keeping with non-pharmaceutical intervention recommendations, employers – including government entities – sought to practice social distancing by having a significant portion of their employees work remotely. Employers encountered cascading impacts associated with making, communicating, and implementing such work-distancing decisions.

At multiple levels of government, officials wrestled with identifying employees who are essential and those who are nonessential in the context of an incident forecasted to span many months. In addition, officials faced challenges in determining which employees could perform their duties remotely and hierarchical organizations, such as state and federal departments and agencies, were uncertain as to the process for determining and implementing remote-workforce decisions.

Shut Down the Schools!

During the exercise, CDC recommended that states delay school openings for six weeks, a follow-up to the initial (pre-exercise) recommendation that states delay the opening of schools for two weeks if the disease is present in the area. Many local jurisdictions and school districts have the authority to decide to close schools (or keep schools open). This distributed approach to school closure decisions caused confusion centered on discrepancies between schools that remained open and those that closed.

In addition, while school delays and dismissals may be necessary over the course of the pandemic response, state participants identified any continued school delays and dismissals as having serious cascading impacts that require a concerted public messaging campaign and government coordination. Multiple states realized that dismissing schools is much more complex than they previously appreciated.

This exercise took place entirely out of the public eye but had strangely prescient foretelling of events only 5 months later. Kadlec, who had organized the entire tabletop exercise, was also later the author of the U.S. Senate Committee on Health Education, Labor and Pensions report: An Analysis of the Origins of the COVID-19 Pandemic, which came out earlier this year.

By the time of this letter, US intelligence already knew of the Wuhan virus. Four months later, US lockdowns began, starting with the March 8th cancellation of South-by-Southwest by the Austin, Texas mayor, and extending to the March 12th imposition of travel restrictions, the March 13 takeover by FEMA, and the March 16th press conference by Trump, Fauci, and Deborah Birx, which announced nationwide lockdowns.

The same day, Politico ran an article about another pandemic exercise from 2017 in which some incoming Trump officials participated, including Kelly and Tillerson. The article claims that such exercises are required by law.

By the time of Covid lockdowns, they had both been pushed out, only to reemerge as key participants in Crimson Contagion along with most national-security and health-related agencies of the federal government.

The lockdowns — to which Trump agreed only reluctantly and were extended far past the point in which he believed they would control the virus — were the most ruinous of the administration. Trump’s pollsters for 2020 all agreed that these lockdowns created the conditions that drove him from office.

What does it all mean? Perhaps it is all just a series of coincidental data points, that what is called the worst pandemic in 100 years came only a few months after an elaborate multi-agency trial run of the same in which former high officials of the Trump administration participated.

And perhaps the best person to run the Covid response also happened to be the very person who organized and managed the trial run in the previous season.

Many people will surely say there is nothing to see here. There is so much not to see these days.

What do you think?