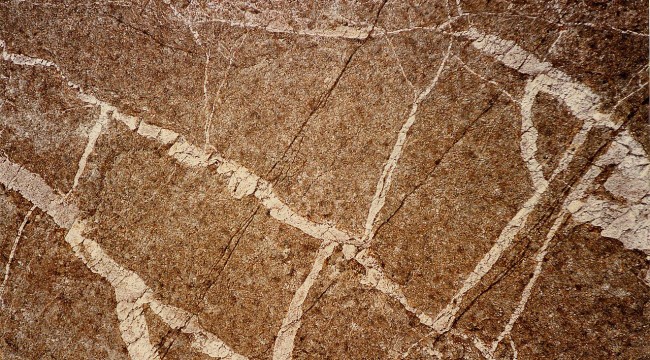 Cracks In The Facade

There was a point last week – probably about midday Wednesday – when it seemed that the financial world was spinning out of control.

China’s Shanghai exchange was continuing its slow motion crash, down almost 6% overnight, Europe was getting hammered as Greece teetered, the NYSE suddenly stopped working, United/Continental Airlines was grounded due to computer glitches, the Wall Street Journal website was plastered with a giant 504 error message and then Zero Hedge went down.

The first five of those things happening more or less simultaneously might be coincidence but surely that last one, the crash of the conspiracy minded Zero Hedge, well that had to mean something nefarious was afoot, right?

We’ll never know whether the responsible cabal was eradicated and the evidence covered up or if the whole thing was a delayed reaction to the leap second added at the end of June or if it was all, as the official explanations revealed, just a coincidence.

All of the problems that caused so much angst mid-week were resolved fairly quickly, although Greece and Europe appeared to be finding a way to snatch defeat from the jaws of victory over the weekend.

It was about mid-week when Greece offered a recovery plan that was remarkably similar to the EU plan the Greek people thumbed their nose at the previous weekend. Angela Merkel also started sounding amenable to a deal and it appeared that Greece would be moving to the back burner for at least a while.

But then this weekend the EU or at least some parts of it decided they couldn’t possibly take yes for an answer and demanded the Greeks start the reforms forthwith and then they’d consider lending them some more Euros. Or something like that…

Frankly, I don’t think it matters a whole lot what happens to Greece and its debt. Just get on with it please. One wonders qui bono when it comes to delay because it sure seems like keeping this in the headlines is someone’s goal.

The NYSE also got fixed Wednesday afternoon, blaming the shutdown on a software glitch. United got their planes in the air, the WSJ recovered and unfortunately Zero Hedge survived too.

China threw the kitchen sink at their market and managed to get stocks – or at least the ones they let trade – to go up Thursday and Friday.

The list of measures taken to stem the selling was impressive: cut interest rates and reserve requirements, backstopped margin loans, ordered brokerages not to sell, set up a $20 billion fund to buy stocks, forbade corporate insiders from selling for six months, threatened short sellers and halted trading in over half the stocks on the two exchanges in question.

Calling the Shenzen and Shanghai stock exchanges “markets” might be stretching it a bit but they stopped the selling. At least for now. One does wonder what will happen in six months when insiders can sell (assuming their stock is trading) and when the stocks that were halted start trading again.

One is left with the feeling that the Chinese authorities believe there is more at stake here than just the fate of a stock market where only a small fraction of the Chinese public gathers to gamble. Indeed, the Chinese affection for gambling isn’t exactly unknown and the fact that some of them have been on the losing end recently shouldn’t be cause for alarm.

Unless of course the regime’s reputation – and some of its high ranking members’ net worth – is at stake and I think that’s what they’re worried about. It has been official policy to cheer and encourage the bull market that has also been touted as evidence of the success of the Party’s economic program.

In other words, a stock market crash might leave some wondering who exactly is in charge and why their economic program isn’t living up to the hype. If the Party can’t even rig the stock market, how in the world are they going to rig the entire economy?

It was a mere five years ago that Thomas Friedman of the New York Times was extolling the virtues of the enlightened ones running China and pining for the kind of control they had over policy. Friedman opined that the Chinese would eat our lunch by “overtaking us in electric cars, solar power, energy efficiency, batteries, nuclear power and wind power.”

I could be wrong but I don’t think they’ve done anything of the sort and frankly it wouldn’t matter, wouldn’t move the needle on their economy if they had.

What that enlightened leadership did do though was to use the entire John Maynard Keynes macro-economic policy tool kit to get their economy going again after the crisis.

There may be some truth to the idea that Keynesian policy has never been tried fully in the US, that we just haven’t tried hard enough or spent nearly enough, but that certainly can’t be said of the Chinese experiment in top down demand management policies.

They pulled out all the stops, building bridges, roads and trains to nowhere and racking up an impressive mound of debt. What they didn’t do was create sustainable growth and that is why they have been reduced to cheerleading a stock market in the hope that the Fed’s forward guidance works in Mandarin and that the wealth effect is real and works in China.

And therein lies the crux of the matter and the explanation for why they are now suddenly more interested in appearances than reality. The Chinese find themselves in a bit of a pickle, having run up big debts with little to show for it now that the Keynesian tab has come due.

The Chinese 21st century version of mercantilism ran into some problems in 2008 and now they’ve discovered that the borrow and spend Keynesian prescription has its limits as well. They can’t devalue their currency and attain their international goals for the Renminbi so they were left trying to inflate a stock market bubble to divert attention from the collapsing real estate bubble.

It is a delicate balance they need to pull off to keep the peasants ignorant and docile lest they start questioning the entire enterprise. Propping up the Chinese stock market, like almost everything that happens in China, is about keeping the Party rich and in power.

I can’t help but think too that the situation in China is quite similar to the situation in the US and Europe. The Fed, much as the Chinese regime, has pointed to the stock market as validation of their policies as if stock prices had the final say on future economic growth.

The ECB and Fed have both intervened to an unprecedented degree to keep asset prices high, to push the idea of a wealth effect where stock market wealth leads to the real thing. Of course, that gets things exactly backward and their fear should be that the Chinese – and then everyone else – figures that out.

It is reminiscent of the idea of home ownership, no matter how it is accomplished, as the bootstrap by which the poor pulls themselves into the middle class. That confusion of cause and effect is something that should have been remedied after 2008 but free lunches are notoriously hard to turn down.

And so the world’s central bankers look to China and root for the PBOC to gain control to show the peons that they’re still in the driver’s seat. It may work for a while but in the end markets always find a way to express and reflect the economic truth.

That truth in China and most of the rest of the world is that growth is slowing, probably more than they are willing to admit and the stock market needed to adjust to that reality. And probably more than the Fed’s recently downwardly revised dots too by the way. The US economy is, as I saw it described earlier this week:

An island of mediocre tranquility in the midst of the stormy sea of the global economy.

If the US economy doesn’t start to improve measurably in short order the Fed might find itself in the same predicament as the PBOC.

The S&P 500 appears to have peaked in any case. As I wrote a couple of months ago, the long term momentum indicator I use is putting out sell signals not seen since late 2007 (and in 2000 before that). All we’re waiting on now is a catalyst to push the market into a full blown, honest to goodness correction.

Would a loss of confidence in the abilities of the world’s central bankers be sufficient to the task? I don’t know but I’m certain the PBOC, the Fed and the ECB don’t want to find out. I suspect in the end they’ll have little say on the matter.