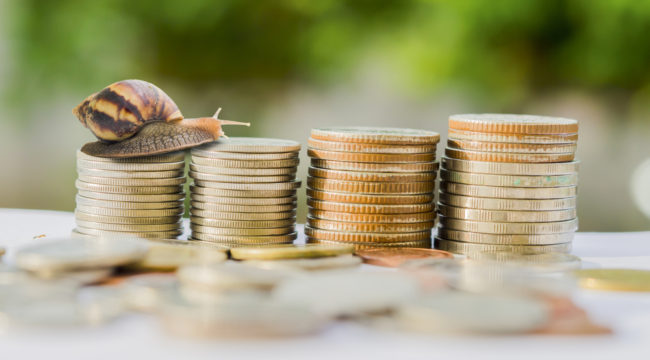 The Frightening Cost of Low Growth

And from one year to the next it isn’t.

But repeat it every year for 10 years… 20 years… 50 years, and you’ll discover the meaning of lost opportunity…

Some countries with per capita GDP about half the U.S.: Greece… Kazakhstan… Latvia… Chile.

Could it be… is the U.S. destined to become a Greece?

The New York Times, citing data from the McKinsey Global Institute, reported last year that “81% of the United States population is in an income bracket with flat or declining income over the last decade.”

Yet the money supply has roughly tripled since 2001.

Why aren’t we all three times as prosperous?

Promising numbers come out one day… only to disappoint upon the next release.

We’ve referred to it as a “one step forward, two steps back” economy.

And even the Fed’s most dedicated apologists are beginning to cough sadly behind their hands.

So if the Fed can’t breathe life into the corpse, what can?

“The key is growth. The problem is we can’t do it by printing money,” explains Jim Rickards.

“The current economic slump is not cyclical; it’s structural… [It] will last indefinitely until structural changes are made to the economy.”

Trump appears unable to make the slightest headway on any of it — especially on Nos. 1 and 3.

Jim says Japan’s been in a depression for over 25 years because it hasn’t made the required structural changes to its economy.

But under Trump? How many allies does he have in Congress?

Absent necessary structural changes, the future may be a marathon run of low growth and stagnating incomes… the Japanification of America.

It’s not always a smooth ride, adds the Sage of Omaha… but “we come through things.”

True… it has. And we hope it continues.

But past performance is no guarantee of future results, as the great sage must surely agree…

After all, he’s said so himself…