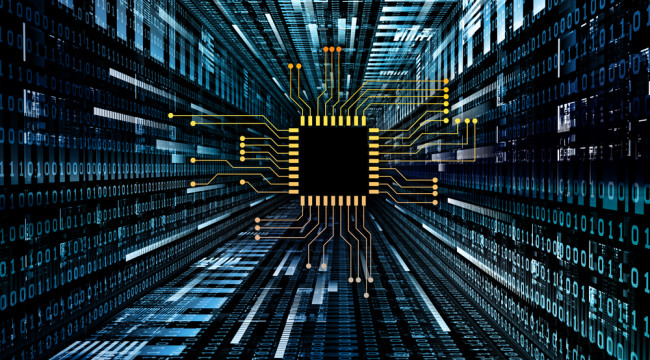 Corporate America Goes Off the Grid

As much as I love technology, part of me hates being so dependent on a live wall plug wherever I go. You find yourself trapped in some setting without accessible wall plugs and your phone is dying. You charge from you laptop, but that is dying too. You take recourse to your tablet, but that will eventually kick the bucket too.

When you finally get to a power supply, you hog as much as you can in the time you have, but you are aware that life as you know it is only as good as the flow of electricity to which you have access.

Wal-Mart plans to increase its solar-generated share of electrical use from 4% to 20% over the next seven years, while Apple’s main data center makes all the power it consumes.

Then there’s the nightmare scenario of a blackout that lasts days or even weeks. What then? It hasn’t happened to me since the advent of the digital age. But it could as soon as tomorrow. Forget the meat in the fridge. I can live off canned goods. But where and how will I recharge my phone, my laptop, my tablet, my e-cigarette? How will I buy and spend my Bitcoins?

Many of these thoughts I’ve carried with me privately and tried to push them aside. Maybe this is just the way life works. It’s full of risks. There is no security in this world. In the end, we live one day to the next. We can’t be consumed by disaster scenarios, and we probably can’t prepare for them either, right? I know many people do. They buy generators. They go “off the grid” to test their wherewithal. But that’s not me. I have no interest in reverting back in time.

But here’s the problem: the complication and the thing that makes me stop and think. And it is the single most alarming fact about the technological times in which we live. All these utilities are provided by public utilities.

They are sort of private (monopolistically private) and also local (geographically noncompetitive), but also government established, regulated, managed, and, in the end, owned. The grid itself is a government-codified system, having been nationalized in 1934 and then deregulated at the wholesale level only later.

In short, electricity itself — the thing we depend on so completely in every aspect of our lives — is a government system. And you know what that means? It means that it is finally undependable and regressive, not taking advantage of any force of innovation that has improved every other product and service out there. We are still living in the 1920s, a fact which you can vaguely discern by how the U.S. plug shape has not changed in anyone’s living memory.

So when will this system be finally smashed by the forces of progress? Incredibly, it is happening already. It turns out that over the last 10 years, a sea change has occurred in the provision of power. Roughly 40,000 commercial and industrial sites in the U.S. have decided to spurn the government system and make their own systems of power generation. This is a quadrupling over the last seven years.

Today, on-site electrical generation accounts for only 5% of the power supply, but the trend is actually far more significant because it is happening first among what were once the largest clients of the electrical companies. And there are big plans in place: Wal-Mart plans to increase its solar-generated share of electrical use from 4% to 20% over the next seven years, while Apple’s main data center makes all the power it consumes.

According to The Wall Street Journal, “The growing number of companies that are at least partly energy self-sufficient is sending a shudder through the utility industry, threatening its revenues and growth prospects.”

What kicked this trend into high gear was Hurricane Sandy. It sent a message to the whole of Corporate America: You can die the death at any point, and there is nothing you can do about it. That’s when the preparations began.

In other words, it is the fear among companies that they would be forced to stop doing business that is pushing this trend forward. This is the market responding to a felt need.

It turns out, then, my anxieties about electricity are not paranoid. They are felt even more intensely by large companies who have far more skin in the game than I do. And this is creating a trajectory of progress despite every attempt by government to stop it or divert it with crazy schemes involving windmills or whatever. The need for power is at the core of modern life, and it is a key to the future. It will not be stopped.

“Communism is Soviet power plus the electrification of the whole country.”

So what will happen to the dinosaur utilities? Look at this wonderful statement from a top executive at American Electric Power: “Am I going to just sit here and take it and ultimately be a caretaker of a museum?” Deciding against that path, he further suggested that perhaps the big power companies ought to give in and make themselves useful by helping companies install their own electricity-generating equipment.

Let’s broaden out this context a bit by going back one hundred years. Electricity was the coolest thing going, installed and used first by the rich and then by urban consumers and eventually by everyone else. Government was taking an ever larger role in people’s lives and was looking for some way to become the hero. Electrification became the great motto for all states in the world, from the U.S. to Russia.

After the Bolshevik Revolution, the new government adopted the slogan “Communism is Soviet power plus the electrification of the whole country.” Electrification had to happen, said Lenin, “otherwise, the country will remain a small peasant country… Only when the country has been electrified, and industry, agriculture, and transport have been placed on the technical basis of modern large-scale industry, only then shall we be fully victorious.”

The provision of technological progress, then, was to be the great achievement of the modern state, the thing that would cause the whole world to shout with glee: Up with the public sector and all that it means to us as a civilization!

This trend continued in the New Deal. FDR sought to grab the whole power of technological initiative from the private sector and place it in the hands of the executive state. This was a driving motivation of his administration’s programs, and it culminated in World War II, when technology was turned from serving people to killing them en masse.

But now look what’s happened. We are blessed to live in a time of astonishing advancement, none of which is being pushed by government; on the contrary, government’s main contribution is to slow it down.

The reality is everywhere before us. The tools we use every day on the Internet come courtesy of the profit-and-loss system of enterprise that governments have tried for 100 years to displace. Our coolest toys are provided by entrepreneurs, not bureaucrats. The things we use to get information, to get goods and services, to get medical care, are being pushed by the marketplace, despite government’s every attempt to crush it.

And what has happened to the wonderful energy that the government said some 100 years ago that it would give us? It is being systematically eschewed as old-fashioned and unsuitable to a modern people. The bureaucratic contraptions of command and control have been reduced to the role of spectators watching their empire gradually fade from view and a new world of private energy provision emerge one step at a time.

This is the larger picture. Another limb of the nation-state is being sawed off by the forces of progress, as fueled by markets, private property, exchange, and the unstoppable drive of humanity to not let anything stand in the way of gaining a better life.

Ed. Note: Heh… Even major global companies like Apple are “going off the grid”… er… so to speak. Still, this represents a major shift in thinking when it comes to domestic energy consumption. And it’s just one of the many things Jeffrey Tucker discusses at length in the Laissez Faire Today newsletter. It’s completely free to sign up and you can cancel any time. And as a bonus with your subscription, you’ll discover unique opportunities every day designed to help you live a freer more profitable life than you ever imagined. What do you have to lose? Sign up for FREE, right here.

Bill Bonner explains the Great Zombie War, and how it is fueled by cheap credit provided by thee cronies at the Fed…