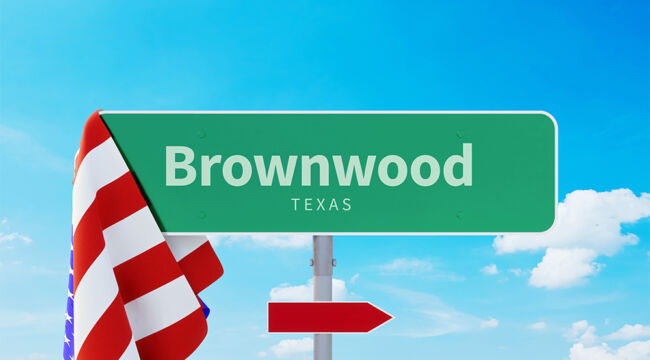 Brownwood, Texas, today is bustling like never before. The old hotel downtown is being renovated after sitting in decay for decades.

The restaurants are packed. Houses are selling for 20% more than their Zillow values. The banks are experiencing a big influx of funds. New residents are pouring in from around the country. Everyone is making money. It’s a charming and happy place, except that everyone complains about the car traffic.

One year and a half ago, life was different. It was like a ghost town. The mall was empty. The shops were closed. You could not see anyone on the streets. Maybe a straggler or two. The hotels were empty. Local businesses were struggling to stay afloat using various takeout techniques and deliveries.

It seemed like a town in its death throes. What a difference between the two!

An Oasis in a World Gone Mad

I, in fact, attended a downtown street party there just a few months ago. The lust for living was on full display. No one, not one person, wore a mask. The bars were packed. Street vendors were selling their goods. It felt like some mecca of real life in a world gone crazy. Brownwood, Texas, was determined to live again.

Clearly the experience of death and life burned deeply in the hearts of many of the city’s primary stakeholders. It’s like they said: Never again. Now the town is not only back, but bustling, happy and beautiful again.

The city council has just made history, as the first city in Texas to declare itself to be a “Constitutional City.”

What do they mean by “Constitution City”? It means that the government cannot and will not pass any laws that violate the Bill of Rights. This is clearly motivated as a response to the lockdowns that nearly wrecked the place.

As a local news outlet wrote:

The resolution does not mention COVID or the COVID vaccine but states the commissioners court “is determined to stand as a constitutional county” and recited the rights including freedom of expression, speech, association, religion, press and petition, the right to keep and bear arms, the right to protection from government overreach and the right not to be deprived of life, liberty or property without due process of law.

Lose Freedom to Gain It

It was F.A. Hayek who wrote in 1947 that no people love freedom more than those who have more recently lost all of it. He continued that his hope was that Americans did not have to lose theirs entirely before they woke up and realized the dangerous trends of rising state power and finally stand up and say: enough.

Sadly, we did have to lose massive amounts of freedom before that day arrived. But it is arriving. Not as quickly as we might like. Not fast enough to save the economy and the dollar, both of which are going down fast. We are headed to a recession again, not having even recovered from the last one, and the dollar is tanking relative to what we can buy with it.

Even so, Americans are standing up for freedom finally. Here are some signs of hope:

Wait for the Media Outcry

Now, with this new movement toward Constitutional Cities we are seeing a real form of declaring independence. If the federal government doesn’t care, and state governors don’t care, at least cities can stand up for what we are supposed to believe in as a country.

It’s a beautiful idea. We can hope this model will be copied all over the country.

But let’s watch: In a matter of a few weeks, the attacks on the Constitutional Cities movement will start hitting hard. CNN will discover that some activist somewhere has a sketchy background or even attended the Jan. 6 protest in D.C. The movement will be declared “far right” and “extremist” and probably “racist” and who knows what else.

Know this: It’s utter bunk. These are good citizens who care about liberty and freedom and swear to never again allow their cities and towns to be torn apart by fools, charlatans, liars and thieves, even if they say it has to happen because they are smart scientists who know how to handle disease. These cities are imposing a real restraint at least in rhetoric.

And also there is a strong economic incentive to declare one’s city to be a Constitutional City. It attracts tourists and investment dollars. If you are thinking of opening a business, wouldn’t it be a safer bet to choose such a city over a place like Chicago or San Francisco? At least you could pretty much count on some resistance to lockdowns or sudden tax increases or speech controls.

I’m particularly impressed at the movement around the First Amendment. It’s become almost banned on Facebook even to post inflation numbers from the Bureau of Labor Statistics. The other day, Zuckerberg even censored a respected economist who pointed to the known data.

Just because government has outsourced its violations of the Bill of Rights to private companies doesn’t make it kosher. It’s nothing but a sneaky trick to get around the courts.

Most of us have felt trapped for two years. This is what they wanted. They wanted us confused, separated, silenced and unable to find a way out. But we’ll figure it out. We are figuring it out right now.

This is one promising path. It won’t stop the coming economic chaos but it lays a good foundation for rebuilding in the future.