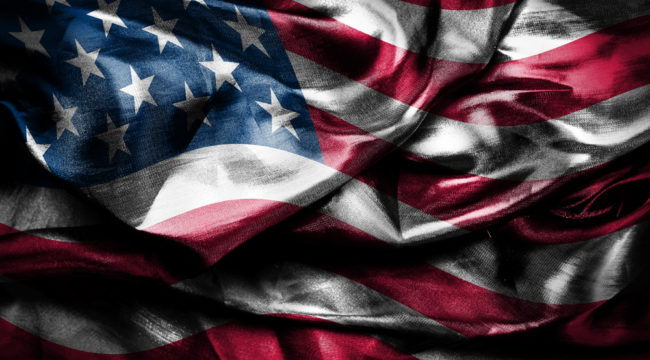 This Act of Congress is Threatening the Future of the U.S Military Advantage

On June 12, General Joe Dunford — the current chairman of the Joint Chiefs of Staff — testified in front of Congress. He issued ominous warnings about the current trajectory of the United States and its military.

Dunford asserted that the U.S. could “lose [its] ability to project power” within the next five years, dramatically affecting our potential to “defend the homeland, advance U.S. interests, and meet our alliance commitments.”

He went on to offer a dark prophecy for the U.S. military, stating that it could become “a hollow force” unable to maintain the country’s current “qualitative and quantitative competitive advantage.” You can see more of his predictions, here.

What is this threat that has one of the country’s top military officials heralding doom in front of Congress?

It’s not another country or a terrorist organization. Rather, what Dunford sees as the greatest hazard to the U.S.’s military advantage and combat readiness comes from within our own government in the guise of an innocuously-titled law: the Budget Control Act of 2011.

The act came about in the wake of the financial crisis of the last decade. This law places dramatic caps on most defense spending — and the effects of these caps has been felt both within the military and in the economy at large.

The Birth of the Budget Control Act of 2011

After the Great Recession and 2009’s congressional stimulus package, federal spending was up as revenues were down, and many predicted record-high deficits. To address the situation, Republicans wanted dollar-for-dollar spending cuts; Democrats wanted to raise the debt ceiling. The Budget Control Act (BCA) emerged as a compromise.

The BCA placed budget caps on both defense and nondefense spending for 10 years. The caps on defense funding in particular called for cuts of approximately $1 trillion over this decade-long period.

Certain defense funding is exempt from the BCA’s caps, however. Funding for war-related efforts — known as Overseas Contingency Operations (OCO) — is essentially uncapped. Funding used to pay the salaries, allowances and benefits for military service members is as well.

Congress later adjusted the budget caps on an ad hoc basis in 2012, 2013 and 2015 to provide additional funding. However, defense funding levels remain meaningfully lower than before the BCA was enacted. This lowered level of funding has led many in the defense community such as Gen. Dunford to assert that the U.S. is no longer maintaining proper defense preparedness.

The U.S. military’s combat readiness has lowered significantly over the last several years. This fact is fairly uncontroversial and measurable.

For example, the Army has historically committed 21 Brigade Combat Teams (or a total of about 95,000 soldiers) to each major military engagement. However, only a third of the Army’s current active BCTs are deemed ready for combat.

But what does this lowered preparedness mean?

Since World War II, the U.S. has typically had less than one year — and often significantly less — to prepare for major conflicts. Emerging threats are often difficult to predict; even when the U.S. has planned the use of force in advance, such as with the 2003 Iraq War, combat preparation times were short.

Moreover, becoming combat ready and maintaining this state is a complex task that involves the coordination of both personnel and equipment. Modernizing equipment and training new military service members both take time and money. Increases in spending can take years to pay dividends in defense preparedness.

As threats continue to rise from countries such as North Korea and non-state organizations such as ISIS, the U.S. needs its military to defend its interests in a tension-filled geopolitical climate. However, as the chairman of the Joint Chiefs of Staff noted, the U.S. military’s increasing lack of combat readiness means that the ability to deter and defend against threats is reduced.

Both the actual decrease in preparedness and the global perception of this phenomenon continue to weaken the U.S.’s geopolitical clout.

A BCA Cap Lift’s Impact on the Defense Sector

If Congress does decide to raise the BCA’s caps — as it did temporarily in 2012, 2013 and 2015 — or repeal the act altogether, the economic effects on the defense sector could be substantial.

If these planned measures were to become reality, the resulting increase in demand could lift companies across the defense sector dramatically. Indeed, the sector has responded positively simply based on Trump’s plans to increase defense spending.

According to Newsweek, publicly-traded companies in the defense and aerospace sectors have seen 15% growth since Trump’s win last November. That’s 50% more than the market overall.

Countries such as Russia, India and Brazil have grown their defense budgets as the U.S. has reduced its own. Defense firms have responded by seeking to expand their footprints in these international markets. However, this shift is not seamless. New foreign markets require product customization, and the process of wading through different regulations and requirements can be costly.

Increased military spending within the United States could help these defense companies ease the pains of global expansion with new orders and contracts from both old and familiar sources.