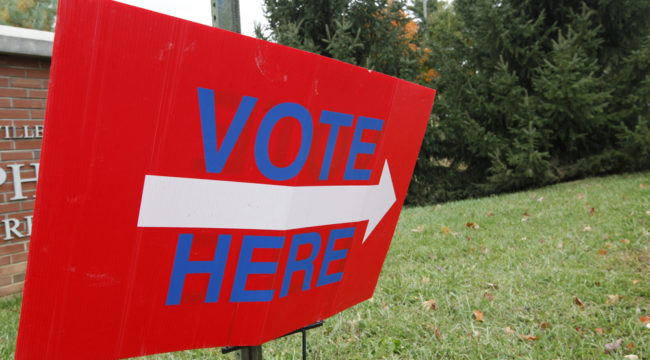 What Congress Really Thinks of Voters

BALTIMORE – Yesterday, the Dow rose over 18,000, the first time since April.

Hillary is riding high, too. She is a pro. She has the entire Deep State behind her – including almost every crony and zombie in the country… and a political machine that can turn out more claptrap than any in history.

While her opponent rambles incoherently and mindlessly, every phrase from Hillary’s mouth is a carefully polished imbecility.

The Confessions of Congressman X is a slim volume of slim insights and thin commentary from a coward.

Not that we have anything against cowards. We duck and dodge along with everyone else.

In the Vietnam War, we had a student deferment… and a decent lottery number… along with millions of others.

(Despite our best efforts, we did get the benefit of a short, all-expense-paid ocean cruise, and more than enough beach time at Coronado Island, San Diego… courtesy of the U.S. Navy. Did we fail as a coward? Or fail as a hero? Like most people, it’s probably a little of both. But we can confidently report that, although we may have run over an innocent fishing boat or two, on our watch at the radar screen, we never posed any real risk to the Viet Cong.)

And now, even in our battle of wits, we engage only with unarmed opponents… and even then only when we think we have overwhelming firepower… and when odds are at least three-to-one in our favor.

Like a playground bully, we look for weakling ideas to assault, preferably those with a major mental handicap.

Still, while we may cower behind a bush from time to time, we step right out in the open to give credit where it is due. We tilt our cap to real heroes… and save plenty of snide remarks, contempt, and mockery for the rest of us.

At least Congressman X has his eyes open. He offers “revelations” about the way Congress really works.

But he will not reveal his identity. Nor does he show any inclination to challenge the system in any way.

Get Along to Go Along

Again, we are on his team.

Trying to improve the world – or even the U.S. Congress – is a lost cause. Besides, why bother, if you can take advantage of it as it is?

In his shoes, we would probably do what he is doing; better to enjoy his minor celebrity status, a good income, and the rich perks of a Member of Congress.

As they say in the Navy, “Rock the boat and you will soon be in the water.” Here Congressman X tells us his career strategy:

To get along you have to go along. Grow old, hold your tongue, vote the party line, and one day maybe you’ll get a key committee assignment or chair of a subcommittee. In the meantime, pay attention to the needs of your big donors.

In this election year, voters imagine that they have the fate of the nation in their hands.

They step into the polling station, their shoulders sagging under the weight of the responsibility and gravity of their commission, their hearts aflutter at the authority they wield.

But they are too faint-hearted to even dare think about what is really going on. Congressman X:

The voters… naïve, self-absorbed sheep who crave instant gratification. Most are mentally lazy and bore easily. It’s all about style, not substance. Memorable slogans, catchy metaphors, bite-size non-thoughts. Entertain their emotions and you’ll win their hearts.

The average man on the street actually thinks he influences how I vote. But unless it’s a hot-button issue, his thoughts are generally meaningless. I’ll listen politely. But I follow the money.

We saw the laziness and cowardice on display at the University of Vermont commencement. [Catch up here.]

You remember the ubiquitous themes: The world needs to be fixed… the kids know how to make it a better place… all they have to do is “care.”

It was all conceited nonsense. But the fellows in the robes didn’t even care enough to ask if it was true.

And nowhere more than in Washington, D.C. Congressman X again:

Is it a lie if I truly believe what I am saying? As far as I am concerned, whatever viewpoint I embrace is the truth.

Yes, dear reader, we are a lazy, pusillanimous nation. We live in the warm embrace of comforting illusions… and nurse at the sweet breast of someone else’s money.

It is easy to wallow in whatever cheap claptrap is popular. Much easier than opening your eyes and ears and trying to figure out what is really going on. And the Deep State rewards submission.

You could get a medal… or even a pension… from the Pentagon. You could get a job in Washington… or even a seat in Congress. Or you could collect a welfare check… a subsidy… a tax break… disability… Medicare… They can give you permits… licenses… parking spaces… and even fix your speeding tickets.

So, we worship our ersatz heroes… and try to put the real ones in jail.

Here, let’s give the dishonorable Congressman X the final word:

I’ve come to the conclusion that the whole Washington scene is a diminishment of civilization. Our country is in free-fall to mediocrity and Congress is leading the way.