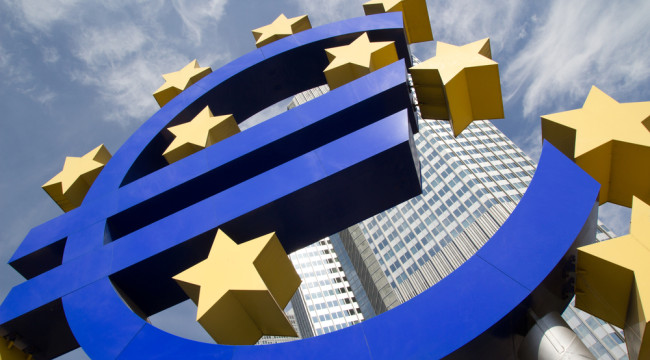 The Coming War of Central Banks

Welcome to a currency war in which victory depends on your perspective.

History has shifted, and we’re leaving the era of central bank convergence and entering the era of central bank divergence, i.e. open conflict. In the good old days circa 2009-2014, central banks acted in concert to flood the global banking system with easy low-cost credit and push the U.S. dollar down, effectively boosting China (whose currency the RMB/yuan is pegged to the USD), commodities, emerging markets and global risk appetite.

That convergence trade blew up in mid-2014, and the global central banks have been unable to reverse history. In a mere seven months, the U.S. dollar soared from 80 to 100 on the USD Index (DXY), a gain of 25%–an enormous move in foreign exchange markets in which gains and losses are typically registered in 100ths of a percent.

This reversal blew up all the positive trades engineered by central banks: suddenly the yuan soared along with the dollar, crushing China’s competitiveness and capital flows; commodities tanked destroying the exports, currencies and economies of commodity-dependent nations; carry trades in which financiers borrowed cheap USD to invest in high-yielding emerging markets blew up as currency losses negated the higher returns, and global risk appetite vanished like mist in the Sahara.

The net result of this reversal is global markets have struggled since mid-2015, when the headwinds of the stronger dollar finally hit the global economy with full force.

In one last gasp of unified policy convergence, G20 nations agreed to crush the USD again in early March 2016, to save China from the consequences of a stronger yuan and the commodity markets (and lenders who over-extended loans to commodity producers). 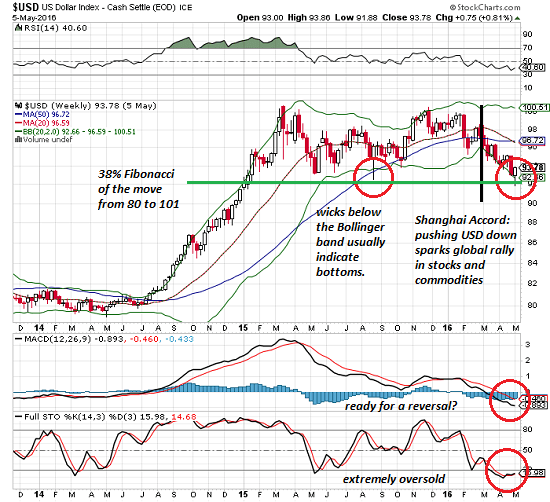 That Shanghai Accord lasted all of two months. The engineered collapse has already reversed, and the USD is gaining ground, reversing the gains in risk assets, commodities and China’s export-dependent, debt-based stability.

The problem is there is no win-win solution to this foreign exchange battle. Japan and the Eurozone benefit from a stronger USD as the euro and yen weaken, but China loses as the USD soars.

Commodities lose when the USD gains, but the domestic U.S. consumer’s purchasing power increases as the USD strengthens.

It’s Triffin’s Paradox writ large: As the primary global reserve currency, The USD plays both a domestic and an international role, and each set of users has a different set of priorities.

No matter what policy the Federal Reserve pursues, there will be powerful winners and losers.

This sets up a war between central banks everywhere in which winning may be as disastrous as losing. The conventional central bank policy is to lower interest rates to weaken their currency, as a means of boosting exports.

The only way to avoid the devaluation is to pull your cash out of that currency and put it into a currency that’s strengthening. For many, that currency will be the USD, due to its ubiquity and the liquidity of its capital markets.

Nations such as China are boxed into a lose-lose choice. If they lower rates to weaken their currency (to maintain a competitive export sector), they trigger capital flight, which weakens the domestic economy and creates a self-reinforcing feedback loop.

If they do nothing and their currency rises as other nations aggressively devalue their currencies, their export sectors whither as competing exporters take market share.

Any central bank that dares to raise rates will make their nation a magnet for capital seeking a higher return–both in yield and in currency appreciation.

The Fed is boxed in, too: if the Fed can’t raise rates after seven years of “growth,” then its credibility suffers. If it raises rates, that accelerates the capital flow into USD and the U.S., pushing the dollar higher, which then triggers mayhem in China, emerging markets, commodity markets and U.S. corporate profits earned overseas.

Welcome to a currency war in which victory depends on your perspective. If the USD continues strengthening, the winners will be those holding USD, as their currency will increase its purchasing power as other currencies devalue.

As I always note: no nation ever devalued its way to hegemony or empire.