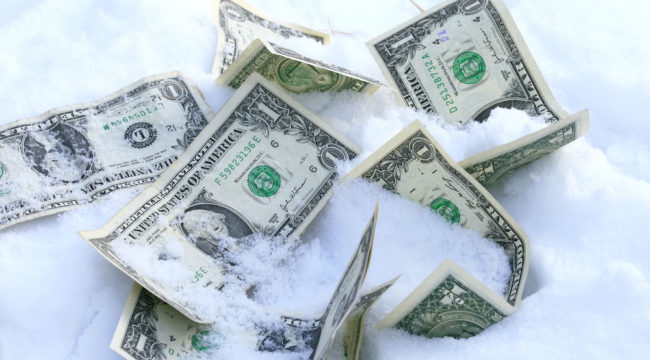 To everything there is a season, Ecclesiastes tells us…

What if the economy’s entering winter?

In spring… the thrusting saplings of tomorrow shoulder their way out of the earth. Buds appear on the trees. The days lengthen. It’s the season of possibility.

Summer is nature in full flower. Green and lush. The promise of spring made good. The days are long and carefree.

In autumn the first wrinkles of age appear. The trees go gray and start losing their hair. The first frosts arrive, a foretaste of days to come…

It can be said economies follow a similar cycle of the seasons. They sprout, blossom, fade… and die…

Charles leans on the work of historian Peter Turchin, who explores historical cycles of social disintegration and integration over 50-, 150- and 200-year cycles in a new book, Ages of Discord.

Turchin identifies three primary forces driving these cycles: An oversupply of labor that suppresses real wages… an overproduction of parasitic elites… a deterioration in state finances (Charles explores these in greater detail below.)

These cycles are as natural as the seasons, and maybe as inevitable.

Turning to America… real American wages have been more or less flat for decades. Evidence suggests the bottom half of American adults earn no more than they did in the 1970s.

An overproduction of parasitic elites? We append no comment. A deterioration in state finances? There is the small matter of a $20 trillion national debt… that’s growing… fast.

It’s fashionable to compare the United States to ancient Rome. The comparisons are often overwrought. Often… but maybe not always…

Rome had its spring. It had its summer and fall… then it had its winter. That seasons glided one into the next hardly anyone noticed. From The Empire of Debt, co-written by our founders Addison Wiggin and Bill Bonner:

In Rome, the institutions evolved and degraded faster than people’s ideas about them. Romans remembered their Old Republic with its rules and customs. They still thought that was the way the system was supposed to work long after a new system of consuetude fraudium — habitual cheating — had taken hold…

As time went on, the empire came to resemble less and less the Old Republic that gave it birth. The old virtues were replaced with new vices.

We can’t help but think of the good old U S of A when reflecting upon these lines. It seems to show many of the same telltales. But we’re cynical by nature and a man sees what he expects to see. Maybe the best days are to come.

We really can’t say what season America’s in, returning to the seasons metaphor.

But we’ve got our jacket and gloves ready… just in case.