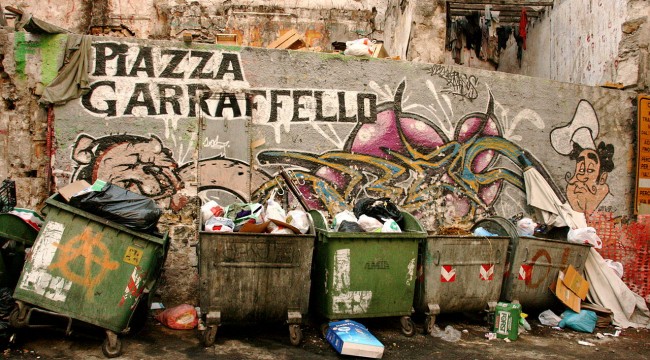 While collapse may be sudden, the decay that generated the collapse had been rotting away the foundation for years or decades.

Here are the nine dynamics of decay that lead to collapse:

All of these dynamics are currently in play around the globe.

Michael Grant touched on many of these dynamics in his excellent account The Fall of the Roman Empire, a short book I have been recommending since 2009:

If our idea of intellectual rigor is Paul Krugman dancing around the Neo-Keynesian Cargo Cult campfire waving dead chickens and spewing nonsensical claims of grand success, we’re doomed. Placing our faith in failed monetary-legerdemain and policies of the past is the height of hubris and complacency.

There is a cost to complacency and it’s called collapse.

A lengthier book on the same subject by Adrian Goldsworthy, How Rome Fell: Death of a Superpower, found that a key driver of decline was the constant political struggle for power drained resources and led to ineffective leadership.

This profound political disunity is not the usual staged battles of the Demopublicans vs. the Republicrats. The real disunity is between a doomed Status Quo and those willing to deal with reality.

Right now those willing to deal with reality are few, but they have the distinct advantage of reality on their side, while the Status Quo has only propaganda, artifice, phony political theater and empty promises.

Another dynamic of decay is expansive, sclerotic bureaucracies that lose sight of their purpose while piling on unproductive complexity. The top leadership abandons the pursuit of the common good for personal gain, wealth and power, and this rot at the top soon spreads down the chain of command to infect and corrupt the entire institutional culture. 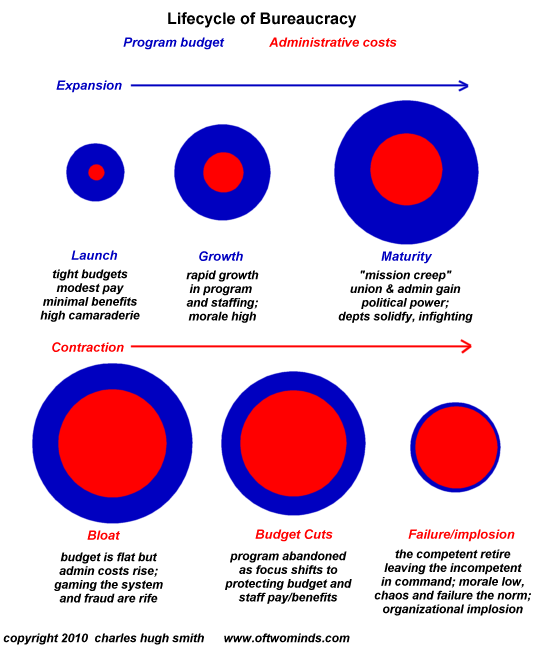 Grant describes how key classes of productive citizens opt out as their sacrifices are squandered on propping up rapacious elites. Those making the sacrifices look around at what they’ve sacrificed to maintain and decide it’s no longer worth it.

So they opt out or quit, draining the status quo of talent, drive and wealth-producing assets.

As the masses become debt-serfs or dependents on the state, the costs of providing bread and circuses becomes unsustainable. The state and central banks are currently papering over this mismatch by printing or borrowing money in the trillions of dollars.

But financial trickery is no substitute for actual wealth creation: printing money is not the same as printing real-world wealth.

As for resource depletion and environmental damage–look no further than aquifer depletion, soil erosion, the stripmining of the seas and the poisoning of our air/water/soil on a grand scale.

Rome didn’t fall so much as erode away, its many strengths squandered on in-fighting, mismanagement of resources, complacency and personal aggrandizement/ corruption. That’s the template for collapse, and you see it in every status quo globally.