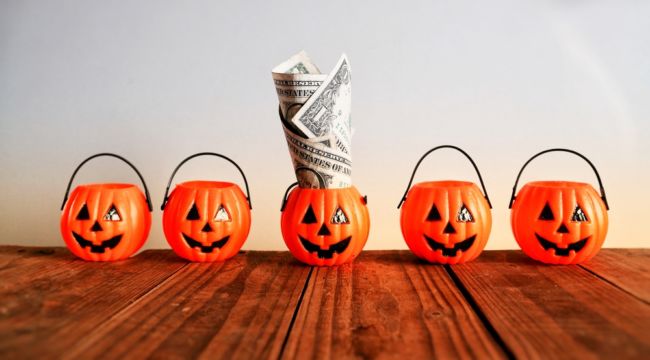 The Dow Jones roared back to life with a 548-point spree — its grandest performance since March.

The S&P jumped 59 happy points. The Nasdaq had itself a day at the races, up 214 points — percentagewise, better even than the Dow.

Gold was down. So was volatility… and the 10-year Treasury yield.

What gusting updrafts barreled through the canyons of Wall Street yesterday?

What hero on white horse galloped in to capture the day?

“Earnings to the rescue.”

It is once again earnings season — when corporations issue their quarterly state of the union address and release last quarter’s revenues.

In all, 46 of the 500 S&P components have released their records as of yesterday.

Ninety percent of them have exceeded forecasts. Seventy percent have run right past sales expectations.

Both these figures, we are told, rise well above normal. Hence, “earnings to the rescue.”

Raymond James chief investment strategist Jeffrey Saut says earnings will be “the catalyst for the equity markets to trade back up to new all-time highs.”

“Christmas in October” is how our own Alan Knuckman styles this earnings season.

But if Christmas arrives in October… can there be a Christmas in December?

Tax cuts account for over 40% of earnings growth for the overall S&P — by some estimates.

But the business of tax cuts ultimately runs its course… and finally loses its oomph.

“The tax cuts juiced earnings this year and that’s not sustainable.”

“The biggest concern I see is that we may be at peak earnings,” adds Laurence Fink, chief executive of BlackRock.

Then what? Without additional stimulant, how can corporations continue to exceed earnings?

Are additional tax cuts in prospect?

Is another tide of liquidity on the way to lift all boats?

The answer is no — not for the future that is foreseeable.

The opposite situation obtains, in fact.

Quantitative tightening continues apace. The Federal Reserve has offloaded some $250 billion of its assets since February.

It has demonstrated no intention of letting up.

As Charlie Bilello, director of research at Pension Partners, notes, the effective fed funds rate is up to 2.18% — its highest level since April 2008.

That is, the fed funds rate now stands above U.S. core inflation for the first time in over 10 years.

Too much, too fast?

Perhaps if they began raising rates earlier, they wouldn’t be so desperate to catch up.

Leaving rates so low for such a long period of time was responsible for inflating myriad major bubbles. And now central bankers face the high-risk proposition of normalizing rates in an acutely fragile bubble backdrop.

Both the Bank of Japan and European Central Bank have also tightened the taps. The ECB, in fact, intends to discontinue its quantitative easing altogether by the end of the year.

All the while, U.S. corporate debt hangs at record levels.

Corporations have taken on over $2.5 trillion of debt since 2008… and now hold over $9 trillion in total.

As interest rates rise, so does the cost of servicing that debt. Eventually it swamps the ship.

Maybe additional earnings reports keep the show running a while longer. And Treasury yields will exert no additional pressure on stocks.

But who can say?

It’s a bull market in stocks and it will continue until it ends, and no one knows when that will be. It will end when either the economy turns down and earnings decline, or when interest rates rise to a level where bond yields provide significant competition for stocks.

Today the Dow Jones failed to build upon yesterday’s momentum — down 91 points. Both S&P and Nasdaq were also negative, if barely.

Perhaps it is best to celebrate Christmas this October after all — Christmas in December may not be half so joyous.