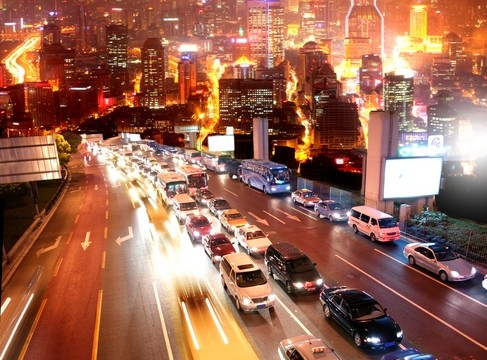 So when it came to attempts to pull its floundering economy out of the muck, the Chinese went big. Economist Ben Simpfendorfer writes that China’s total credit stimulus in the four years since 2009 was worth $11 trillion. “Enough to buy the world’s entire oil supply for three consecutive years,” Simpfendorfer writes, “even with oil prices at above $100 a barrel.”

What follows here is another look at China’s debt-fueled spending binge and how it impacts your investments. As China is also the world’s largest buyer of most commodities — at the margin — what happens in China will have a lot to say about the prices of oil, copper, iron ore, etc.

To summarize: It will not end well. But first, a little review on this issue of China’s debt.

Most people tend to think of China as not having a debt problem. This view is at odds with the facts. I cite again my friend, Ben Simpfendorfer, who edits the excellent China Insider. He has spent 15 years living and investing in Asia and the Middle East. (He is fluent in both Mandarin and Arabic!)

Ben has done the work of figuring out what China’s debt levels are. He has spent the time digging through China’s own government documents. (As the great Izzy Stone once observed, “All governments lie, but they seldom lie to themselves.”) I won’t go through the numbers. I’ll just give you the conclusion:

“China’s economy became increasingly reliant on debt during the latter half of the 2000s. Moreover, the rise in non-loan debt financing has also grown, making it difficult to pinpoint just how large an increase in debt is needed to sustain growth…”

What he refers to here is the murky lending done outside the banking system, which makes it harder to track. The end result, though, is a high level of aggregate debt:
“China’s aggregate debt levels are still significantly higher than many in the region, albeit still lower than those in Korea and the US. However, the level of business debt is high relative to any country, especially the US.”

Why does this matter?

Because if China’s growth is mostly due to the temporary effects of stimulus spending, then it casts doubt on the ability of the economy to keep up that pace. It means future growth is much slower than in the past.

And it means trouble for commodities.

One of the more interesting insights is from Chris Watling of Longview Economics. Denning, summarizing Watling, writes that, “of the major emerging economies, China’s has been the most reliant on credit growth while also suffering the lowest return on capital.” Watling’s insight adds another crucial dimension to the story. Not only is China spending lots of money, it is getting less and less of a return on the money it spends.

You can see substantial separation between the two. Commodities have not participated in the post-crisis rally and remain below pre-crisis levels. I think this condition is likely to endure.

“The final piece of the puzzle is the age of the commodity cycle itself,” Denning sums up. “The bull market is now roughly 15 years old and the usual response to higher prices, expanding supply, is starting to come through. This can be seen in the US shale boom and a looming surplus in iron ore.”

I agree with this point of view. Supply growth is evident. And the demand side of the equation depends on China, which faces lots of problems.

I am making no attempt to be comprehensive here. It would take me a long time to share all the bearish arguments on China with you. However, I urge you to educate yourself about the state of affairs in China before you swallow the sunny-side-up arguments about how all is well in the Middle Kingdom.

More than that, I am going to make it easy for you. I am going to give you a link to the greatest cheat sheet on China you will ever see.

The link below will take you to a 44-page PDF document that makes the comprehensive bear case on China. Just five minutes perusing this document will inoculate you against the China bulls — and may save you a lot of pain later.

I have had this document in my position for many months. I share it now only because I see a lot of bullish chatter about China bull popping up. So maybe it’s time to be a little cautious.

No one can predict when, exactly, China will face its inevitable crisis. It may still be a few years out. It could happen next week. Hard to say. Nonetheless, I recommend you take the warning seriously and lighten up on your China exposure. Lighten up on those commodities. Don’t let greed or pig-headedness carry you over the falls — it’s a long way to the bottom.

As a footnote to this story, I’ve been urging the subscribers of my investment letter, Capital & Crisis, to move into a risk-shedding mode — or what the Wall Street folks like to call, “risk off.”

I’ve issued “Sell” recommendations on some of the commodity-related stocks I had recommended buying earlier. I also urged subscribers to focus on companies that generate cash and have strong financial backbones.

There are times to speculate and take chances, but now is not one of those times. Be patient and don’t be afraid to hold cash as the market rips to new highs.